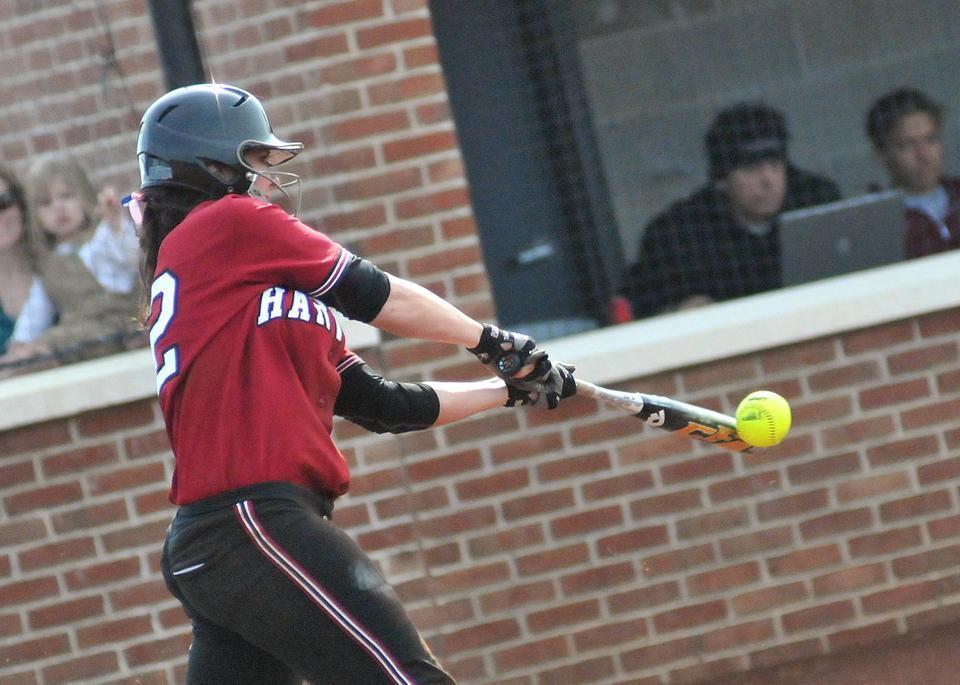 Coming into her rookie season as one of the team’s most highly-touted recruits, Lange was expected to contribute to Harvard softball immediately.

But no one could have expected the year that the freshman third baseman just put together.

The Ivy League Rookie of the Year hit .444 with 11 home runs and 65 RBI, which ranked her second, second, and first in the Ivy League, respectively. She led the team in all three categories.

“I think Kasey has done a great job of playing her game and not worrying about any externalities,” said junior first baseman Whitney Shaw. “She knows what she’s capable of and she has performed. She took everything in stride, which as a freshman is awesome. She’s very grounded.”

Already, she has left her mark on Harvard softball’s history books. Lange’s 68 hits are the third-highest single-season mark in the team’s history—co-captain and Ivy League Player of the Year Ellen Macadam broke the record this year with 76—and her .804 slugging percentage is also the third-highest for one season.

In the early part of the year, Lange put up solid numbers, particularly for a rookie. But it was in the second half of the year when she came into her own, cementing her candidacy for the Ancient Eight’s best first-year player.

Against the other Ivies, Lange dominated. In league play, she hit .522 with six home runs and 33 RBI. Once again, Lange led the team in average and RBI, and only six homers from sophomore Ashley Heritage in league play kept Lange from holding the outright lead in all three categories.

Lange—who twice won Ivy League Rookie of the Week in addition to her seasonal award—had a number of key performances down the stretch. In the final two regular-season games of the year, Lange went 6-for-8 with a home run and five RBI. In the Ivy League Championship Series, she failed to reach base just once, going 3-for-4 in the sweep.