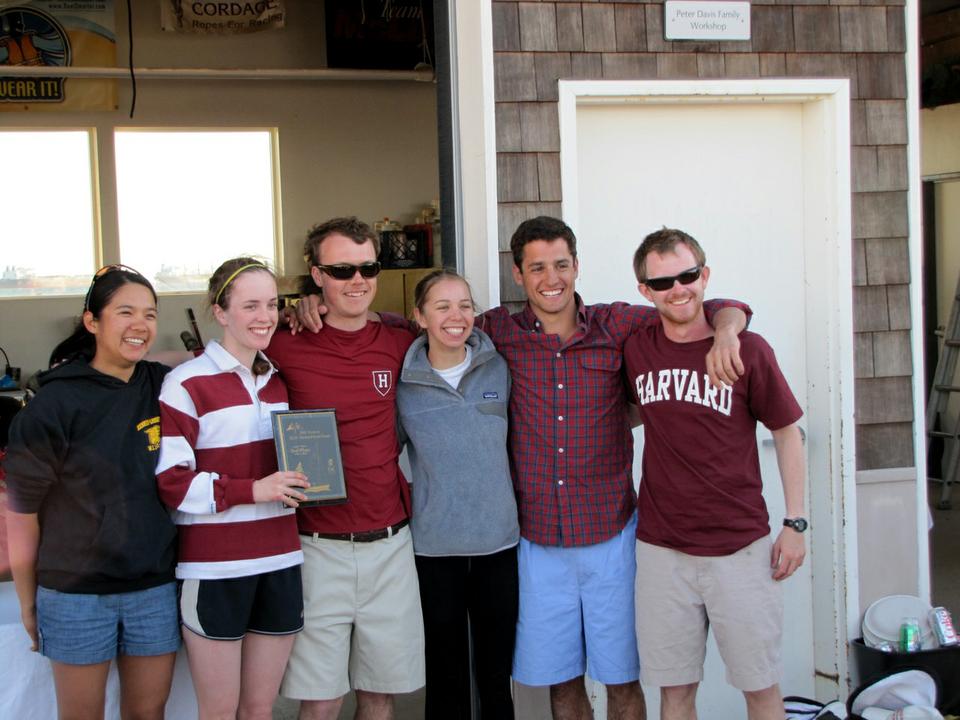 Unlike the majority of students on campus looking to take advantage of reading period to prepare for finals, the Harvard co-ed sailing team spent the past weekend in pursuit of a goal not entrenched in academia.

Hoping to emulate the success of their female counterparts, who punched their tickets to the national championships at Cascade Locks, Ore., the previous weekend, the Crimson co-eds took their talents to Long Beach, Calif. to compete in the ICSA Eastern Dinghy Championship Semifinals for a spot at nationals.

Only needing a finish in the top half of the field to clinch a spot in the ICSA/Gill Dinghy Championships at the end of the month, Harvard greatly exceeded expectations, finishing in second place, seven spots ahead of the last qualifier.

The Crimson also sailed in the George Morris Trophy Intersectional Regatta on Saturday, this one much closer at home on the waters of the nearby Charles River. With the usual inconsistent weather of the Charles and a bomb scare on the shores of Cambridge, Harvard finished in 11th place in the field of 16.

After finishing in second place at nationals last year, the Harvard co-eds were not lacking in motivation when it came to this year’s postseason. When the team departed from Cambridge to compete in the ICSA Eastern Dinghy Championship Semifinals, the sailors only had one thing on their minds: to finish in the top nine and get the chance to compete for its fifth co-ed Dinghy national title.

“The goal has always been to get back to nationals and to do well there,” senior Alan Palmer said. “We only needed to get in the top nine to move on, and after the start we had, it was smooth sailing from there.”

Harvard finished the first day of racing in first place, courtesy of a very strong showing from the Crimson’s A-division team of Palmer and classmate Quincy Bock. The duo cruised to two first-place finishes out of six races on the first day of the regatta and in the top four in five of six races.

In the second day of sailing, Harvard’s A-team faced stiff competition from the A-division boat from Georgetown. The Crimson and the Hoyas were neck and neck for the entire day, with the fight for first place coming down to the wire. If not for a slip-up in the last race of the regatta in which they finished in an uncharacteristic 11th place, Palmer and Bock would have finished atop the A-division. Overall, the pair captured four victories out of 12 races, finishing in second place with a score of 42, only five points behind Georgetown.

“It was a good weekend for us,” Palmer said. “We came out strong on the first day and knew that we had a spot set in the finals, so it ended up being a competition for first with Georgetown. We were solid up until the last race, so we did end the weekend on a bitter note, but we’re still happy with where we are.”

The B-division contingent of seniors John Stokes, Meghan Wareham, and Teddy Himler also found itself embroiled in a heated contest for the top spot in the B-division. The pair had a decent first day of racing, consistently finishing in the top seven, but was unable to crack the top three once. But the two came storming back on the second day, battling for first place against College of Charleston, the U.S. Naval Academy, and Georgetown in a race that saw the top four spots in the final rankings separated by only three points. Stokes and Wareham had more success against the Hoyas than their A-division counterparts, taking the tiebreaker, but fell short of first behind the Cougars and the Midshipmen.

“This past weekend showed us that we can definitely get a lot better,” sophomore Alma Lafler said. “But it also showed us that we’re one of the top teams out there. We’re going to make good use of the next couple of weeks of practice, and when nationals roll around, we’ll be ready.”

While the main focus for the Crimson was thousands of miles away in California, the team also competed on nearby waters in the George Morris Trophy, hosted by local rival Boston University.

“There were a couple of little things that we needed to take notice of, like the shifts in the water,” Santangelo said. “We had a good weekend, a lot of good races but a couple of bad ones, and those were what proved to be the difference.”

With spots in the women’s and dinghy championships secured, the next task ahead for Harvard is to achieve the same success for the team racing squad, as it competes in the 62nd New England Team Race/Fowle Trophy for a spot in the Team Racing National Championships.

“With only three spots for qualifiers, the racing this week is going to be tough,” Lafler said. “There’s a lot of really good NEISA teams, but we’re just as good. With all of the practice we’re going to put into team racing this week, we’ll be good to go.”

—Staff writer Ricky Liu can be reached at ricky.liu12@college.harvard.edu.