Harvard College Student Takes to the Skis at Paralympics

Sarubbi To Train for 2014 Paralympic Games in Russia 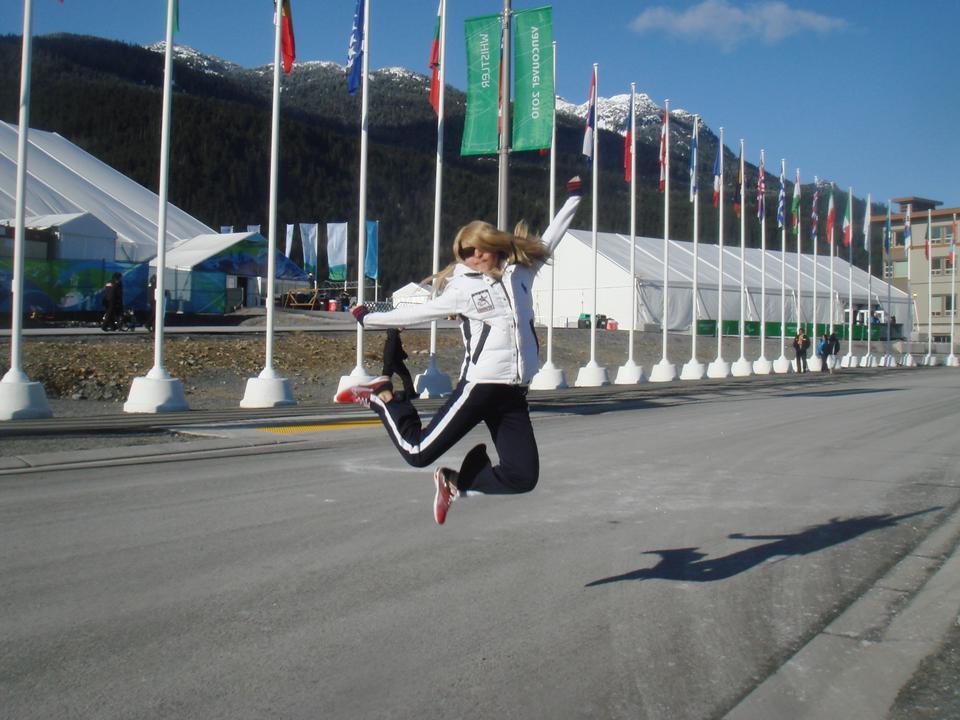 On Wednesday, Sarubbi received a letter of admission to the Harvard College Class of 2012, and on Friday, she found out she had secured a nomination for the U.S. Paralympic Games ski team.

A high school senior at the time, Sarubbi was taking Advanced Placement classes and preparing for college, but she was simultaneously training for the Paralympics.

“A lot of my teachers were like ‘Oh, she’s going on a ski vacation, taking two months off,’” she says.

After struggling with balancing academics and athletics in high school, Sarubbi sought a different solution for her college experience, although she was still determined to do both—just not simultaneously.

“2010 is coming up,” she explained to Dean of Freshmen Thomas A. Dingman ’67. “I want to do one semester and take three off to train full time.”

That fall, Sarubbi matriculated to Harvard as a member of the Class of 2012. By the time her classmates were entering their second semester, however, Sarubbi was beginning her road to the 2010 Paralympics in Vancouver.

GOING WITH THE FLOW

Because AMS is so rare, little information exists as to what causes the syndrome.

“I’m one of about 13 people who have it,” Sarubbi says. “There’s not enough people with it to warrant tons of money to research it.”

So far, Sarubbi has undergone 60 surgeries, the first of which happened when she was only three days old. The doctors made eyelids for her in an attempt to prevent further sight loss.

But despite the number of surgeries and the obstacles that she faces, Sarubbi remains positive.

“She’s going through a lot of things that would make other people bitter,” Nesi says.

When she was younger, Sarubbi says she played softball, soccer, and basketball at the community level in her hometown, but she did not discover disabled athletics until 2001.

After Sept. 11, 2001, an organization called Disabled Sports USA wanted to honor New York City firefighters, including Sarubbi’s father, John. The nonprofit invited firefighters with children with disabilities to Breckenridge, Colo., for a week of skiing.

That week in Breckenridge—the first time Sarubbi was introduced to disabled sports—was the beginning of her skiing career.

Upon returning to New York, she met with people from the Adaptive Sports Foundation. She became a student there, joined the ski race team, and then decided to aspire for the Paralympics.

For Paralympic skiers to race, they must have a guide who skis in front of them and leads them down the mountain. The guide and Sarubbi communicate via walkie-talkies, where the guide tells her to head right or left and informs her of upcoming obstacles.

Within a nine-year span, Sarubbi had her first experience in disabled sports, learned to ski, and became a Paralympic-level skiier.

“It just kind of snowballed,” she says.

A year after leaving Harvard following the fall semester of her freshman year, Sarubbi found herself headed to Vancouver for the 2010 Paralympics. During her time there, she competed in all five of the alpine skiing events: downhill, super-G, giant slalom, slalom, and super combined.

While she says the weather conditions made her events difficult, she came away with two sixth-place finishes and one eighth-place finish.

“Honestly, I’m happy with it. It’s the Paralympics,” she says. “You really can’t complain. It was awesome.”

Sarubbi notes that one of the best aspects of being in Vancouver was having her family there to support her. The Sarubbis are very close with their extended family and all live within a three-block radius.

The family showed the strength of its relationship when 35 members of Sarubbi’s extended family accompanied her to Vancouver. Sarubbi says that her father took a giant American flag and brought it with him to the Paralympics. He hung it so every camera could see it.

“If you ever watch footage, you can see the flag no matter what. It’s crazy,” she says. “They’re very patriotic.”

Amid the intensity of the Paralympic atmosphere and the uncertainty of the weather conditions, Sarubbi says her family provided comic relief for the coaches and the athletes. Showing their support with their airhorns, sirens, and cowbells, the Sarubbi family brought fun back into the competitive environment.

“It was supposed to be fun and it was a nice relief from business and skiing and seriousness,” she says. “It was a really good balance. I was lucky they were all there.”

While Sarubbi returned to Harvard in the fall, she says that she plans to take more time off to train for and compete in the 2014 Paralympics in Sochi, Russia. Noting that she gained valuable experience from her time in Vancouver, Sarubbi says she is going into the 2014 games with a “different outlook.”

Sarubbi’s guide will be her younger sister Jamie. Sarubbi says she is confident the two will be compatible because of their close age, mutual interests, and familial relationship.

She says she also hopes she will be able to have more fun skiing and not succumb to the pressures of the competitive environment.

“I’m not going to slack off or anything, but just make sure I have fun,” Sarubbi says. “I think if I’m enjoying it, the skiing’s going to come, the results are going to come.”

Eventually, Sarubbi says she hopes to graduate from Harvard and go to medical school. Until then, she will continue her long hours in the gym and on the ski slopes as she prepares for the 2014 Paralympics.