Article advocated for steps such as disenfranchising non-Hindus as a means of combatting terrorism, provoking outrage and calls for his ouster 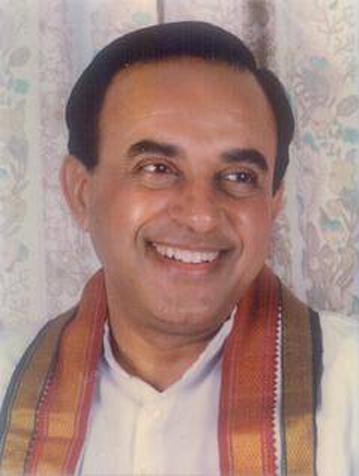 A group of Harvard students have started a petition calling on the University to sever ties with Subramanian Swamy, a Harvard Summer School economics instructor who wrote an op-ed against Islamic terrorism that many have called offensive and inflammatory.

In an article published July 16 in the Indian newspaper Daily News and Analysis, Swamy recommended demolishing hundreds of mosques, disenfranchising non-Hindus who do not acknowledge their alleged Hindu ancestry, and banning conversion from Hinduism.

The op-ed came in response to a series of bombings in Mumbai that killed 23 on July 13.

“The first lesson to be learnt from the recent history of Islamic terrorism against India and for tackling terrorism in India is that the Hindu is the target and that Muslims of India are being programmed by a slow reactive process to become radical and thus slide into suicide against Hindus,” Swamy wrote.

His op-ed spurred over 200 people to sign a petition condemning Swamy and calling on Harvard to end its relationship with him.

“These are statements you’d expect a demagogue on the extreme right to say,” Umang Kumar, a student at Harvard Divinity School, said, “but a professor who comes here, who got his Ph.D. from Harvard?”

Kumar and Sanjay J. Pinto, a Ph.D. candidate in sociology and social policy, organized the petition with a small group of peers and then emailed it out to an initial group of 80 students.

“Both of us decided we really needed to take action,” Pinto said. “His comments are wrong on many levels. They put forth a vision of Indian society in which not all religious groups are welcome, which is very different from the India that both of us know.”

In an interview with The Crimson, Swamy said that he is a religiously tolerant person.

“I can’t condemn all Muslims. I’m not against them,” Swamy said. “I never said Muslims as a whole are terrorists.”

However, the petition accuses Swamy of using the July 13 bombings to write a piece that is inflammatory towards Muslims.

“Swamy has exploited this event not only to promote a vision of Indian society based on Hindu supremacy, but to disparage and cast suspicion on the entire Muslim community in India,” the petition states.

In a statement sent by a spokesperson, Donald H. Pfister, the dean of Harvard Summer School, said that the school will examine the issue.

“At this point we have only a basic awareness of the situation and have not been contacted by the organizations involved," Pfister said. "Professor Swamy is a long-time member of the Harvard Summer School faculty who previously was a member of the Department of Economics here. We will give this matter our serious attention."

Pinto and Kumar plan to deliver their petition to the Harvard administration early next week.

“Swamy draws a lot of prestige and legitimacy from his position at Harvard,” Pinto said. “If the Hindu right were to come into power in India, he could very well be someone who takes up a position in government, so I think it’s important for members of this community to play a part in discrediting him and saying, ‘No, he does not represent us.’”

In India, Swamy leads the Janata party, a political party that held the majority of India’s Parliament decades ago but has since fragmented. At Harvard, he earned his Ph.D. in economics in 1965 and has served as an assistant and associate professor.

Swamy said that the Indian response to his op-ed has been positive.

“I don’t think anyone in India, except the left wing, has been upset by my article,” he said. “There has been wholesale support.”

But the backers of the petition were hardly supportive of the piece.

“Not allowing Hindus to convert to any other religion, not allowing other groups to vote unless they proudly declare their Hindu ancestry—it’s honestly kind of absurd,” Pinto said.

Kumar and Pinto both said that while freedom of speech is an integral part of a thriving academic community like Harvard, Swamy’s comments crossed a line.

“They stereotype an entire population of people,” Pinto said. “How can this man who expresses these views, who’s basically saying that India should only be for Hindus and not for other people, and denigrating all Muslims, how can he teach students at Harvard?”