For Harvard Students in London, A Mix of Separation and Solidarity 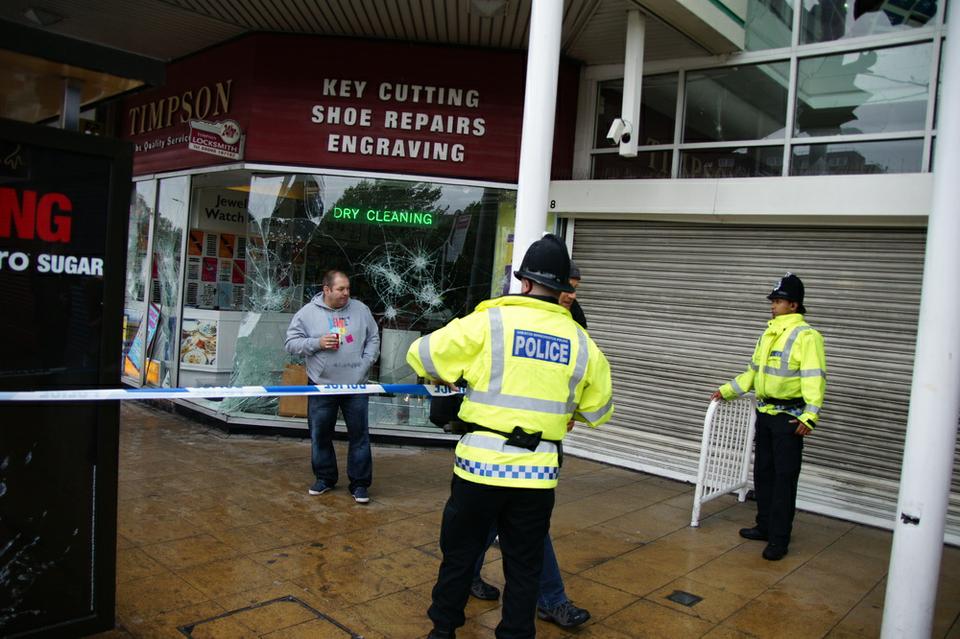 A tumultuous spate of violent rioting and looting in Great Britain this past week has shaken many in the Greater London area, as well as Harvard affiliates working, studying, and teaching in London.

Fifteen undergraduates are studying at a Harvard Summer School program in University College London this summer.

Deirde L. Barrett, the program director and an assistant clinical professor of psychology at Harvard Medical School, said she has been following media coverage of the rioting “to make sure nobody went out at night to areas that were unsafe.”

More than 1,200 people have been arrested in connection with the riots, which stemmed from the fatal police shooting of 29-year-old Mark Duggan on August 4 in Tottenham, an area within Greater London.

Two nights later, some 200 community members marched on the police station, protesting the handling of the shooting. The initially peaceful protest eventually devolved into a riot, sparking looting, arson, and violence in cities across the nation in subsequent days.

Barrett said they have witnessed isolated signs of citizen unrest nearby. Looters attempted to break into a computer store half a block away from the undergraduates’ classrooms, for example.

But the students have not been heavily affected, as the University College London campus is located far from the epicenter of the riots.

Overall, most students have felt “pretty disconnected” from the riots, according to program participant Katherine M. Agard ’13.

“Shops closed earlier than usual. The Tube is a bit more of a mess. But in this area, people have been generally going on about their life as usual,” she said. “It's pretty easy to avoid the areas where rioting has been going on.”

Agard added that many students have been studying for their final exams instead of watching the news or going out in the city.

“Some people weren't really sure of why the riots had started, or the greater social implications of the rioting,” she said. “To some extent, we exist in our Harvard bubble of finals and papers, just like in Cambridge.”

Harvard Summer School authorities said that they have been in contact with the program participants.

"The students are not living or studying near the major riot areas of the past few nights," Elisabeth "Lisa" L. Laskin, associate dean for academic affairs at the Summer School, said in an email sent by a spokesperson on Wednesday. "They are in the final week of their program, which is an exam tomorrow, and a paper due next Tuesday. But they have been given lots of guidance by the program director, including just to stay in."

Closer to the center of the rioting is Schuyler A. Milender ’13, who has been living in London for the duration of her summer internship. Stores in her neighborhood of Walthamstow have been subject to looting, and she said she has made sure to return home before dark every night.

Characterizing the past few days in London as “both terrifying and awe-inspiring,” Milender said that her sense of alarm has gradually begun to dissipate.

“Whereas I expected to feel constantly fearful and anxious to return to the US, I instead have felt more connected to London this weekend than I have throughout the entire duration of my summer,” she wrote in an email to The Crimson. “I feel a surprising sense of solidarity with the people here.”

In fact, she was in the presence of several church groups, who had gathered to sing and advocate for the importance of claiming back the community and protecting city streets.

“I feel like I saw both the best and the worst of what London has to offer over the past 5 days, and I am strangely thankful to have been here to witness these events,” Milender said. “The riots have given me a true glimpse into the racial and socioeconomic tensions in London, but maybe more importantly, into the thoughts and convictions of the people during a time of crisis.”