Dancing on a Grave 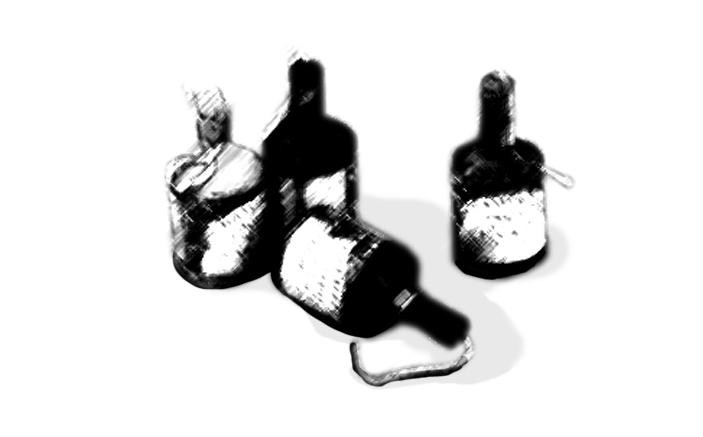 On May 1, nearly 80 members of the U.S. Navy’s SEAL Team 6 stole into Osama bin Laden’s compound in Pakistan, aimed their guns, and rendered the man who designed the 9/11 attacks obsolete.

As Obama relayed the news to the nation in an impromptu television announcement, his face was neutral: If anything, tired. A few times, the president jumbled his words. He did not smile, he did not express relief. He reiterated that that the fight against terror continues.

At Harvard, students congregated, as they did when Obama was elected over two years prior, in the Yard.

William T. Whitham ’14, a freshman at the time, misconstrued the shouts he heard through his window: “I actually thought it was Primal Scream even though it was still a week early,” he said.

“We probably had maybe two or three hundred people there. People were singing patriotic songs, singing Harvard songs, waving flags, there was a constitution reading, etc.,” said Rajiv Tarigopula ’14, whose post on Facebook first suggested that Harvard students gather in the Yard.

But, Tarigopula said after a pause: “The next day of course a lot of people voiced disapproval.”

Now that the initial glee has been expended and months have passed, students look back at the initial response quizzically and with slight discomfort: why was the response to murder, joy? The answers given—catharsis, relief, an assertion of strength after a long stretch of apparent impotency— reveal something else: Undergirding it all, was fear.

No name is associated with Pearl Harbor, the only foreign attack on American soil other than 9/11. 9/11, however, was given a face. “I think bin Laden represented, especially for our generation, the enemy,” said Tarigopula. “He was the figure of 9/11.”

Bin Laden has claimed responsibility for planning and orchestrating the attack on 9/11—redirecting the plane flights and any other steps that made him the ready executioner of thousands.

But for a decade, the United States’ armed forces were unable to locate him, and his continued evasion was seen as a national failure. This was the man behind it all, and we could not find him.

In his speech on May 1, the night bin Laden was killed, Obama invoked the images of 9/11 “hijacked planes cutting through a cloudless September sky; the Twin Towers collapsing to the ground; black smoke billowing up from the Pentagon.” These images, Obama said, had been “seared into our national memory.” Bin Laden’s face, too, had come to be one of those images.

His capture, then, to some, was vindication, imbued with symbolism. Foucault tells us that the effect of power (that is, the perception that power exists) is more important than the reality of that power. If this is the case, then regardless of whether or not the U.S. remains as the world’s strongest military power, the perception that it is powerless in the face of random and senseless attacks by terrorist organizations is debilitating and in many ways undermines our military’s might.

The crowd in Harvard Yard was triggered by a Facebook posting: “I was looking at the Twitter feed and it was leaked that bin Laden had been killed and that the president would be making the announcement,” recalled Tarigopula, who is a member of The Crimson’s Editorial Board and a frequent contributor to the Harvard Political Review. “I immediately changed my Facebook status to ‘Meet in front of the John Harvard Statue to celebrate!’”

Students did so in hordes. The magnitude of the gathering surprised Tarigopula. But he also thinks that there was a reason for celebration. “I remember where I was when 9/11 happened and a lot of my classmates and peers do as well. For the last 10 years we’ve been living under this cloud of terror from the attacks, and [bin Laden] in a way became the face of terror, at least in the beginning,” he said. Therefore, Tarigopula maintains that bin Laden’s death “was a unifying moment,” and that the celebration was simply “a big outpouring of patriotism.”

Not everyone interprets the gathering in the same light.

Many feel that the resounding jubilation was unjustified and even perverse—a sort of delight derived from another’s death. A prevailing phrase used by critics of the rallies is “celebrating the death of a human being.”

Anna J. Murphy ’12 said that she finds the celebrations “troubling” and that she has heard others refer to the jubilation as “simply in bad taste.”

Whitham also says he feels uncomfortable with the initial celebratory response. “This man was a total monster, one of the worst criminals in recent history. It’s not that I regret his death, but I don’t know that it was appropriate celebrate in that way.”

Whutham continues, “Obviously I think the world is better off without him, but if you just look at it in that simple sense then you’re missing the picture. Basically, for the last 10 years we’ve waged this global war on terror … That’s not something to celebrate.”

But according to C.M. Trey Grayson ’94, the Director of the Institute of Politics, the generation of people now in college is especially thirsting for something to celebrate.

Much has been written about the generation’s experience in a post-9/11 world, often referring to the new realities of airport security, Homeland Security codes, and fear of domestic attacks. But the last decade has been unsettling in many more ways than just in terms of national security. Horror stories tell of college graduates who can’t find jobs because the economy is progressively worse, of people who are turned away from medical care because they can’t afford insurance, and of an education system that is failing the country.

A Gallup poll released earlier this year reveals that only 44 percent of Americans are hopeful that this generation will have a higher quality of life than their parents, the lowest recorded number for that question in almost 30 years.

To top it off, a new social infrastructure is evolving every single day with the advances being made in technology and social media. When Walter Lippmann said in 1912 that “Modern man is not yet settled in his world,” he could not possibly have known that 100 years later we would still be struggling to figure it out.

Whitham believes it’s difficult to separate the celebrations, this blunt assertion of America’s strength, from the trend lines of the last decade. “These last 10 years have been this really frightening time. This ‘Lost Decade’ has been really alienating,” he said. “The economy, the war, problems with health care. People are really hurting. Historically, it’s been easy to have a war or an event to distract people from problems.”

Pausing a bit, he added, “A lot of our frustrating is directed towards phantoms, and we see it everywhere. Towards phony liberal politicians. Towards immigrants. Look at the Tea Party. I see those complaints, but I also think that this passion is being misapplied.”

Americans, it would seem, are eager for good news, and the 9/11 attacks can be seen as the beginning of a sense of hopelessness. The celebrations following bin Laden’s assassination, then, cannot be considered in isolation. Tarigopula said, “Those who have grown up in the shadow of the 9/11 attacks, I think, want to see justice being served.”