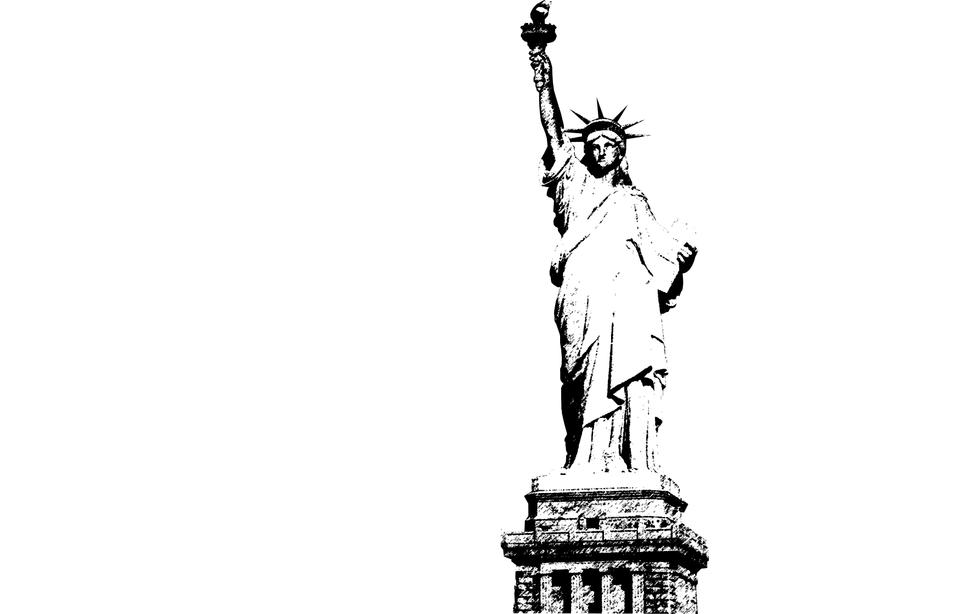 I’ve always loved bring-your-kid-to-the-office day: the expansive green carpets that rolled across the lobby with flags of different nations falling from the high ceiling, the two bullet-speed elevators that my father and I would board to climb to his 56th floor office. My father worked at 2 World Trade Center for nearly ten years. At the time of the attacks, he was working in a different office. But I was in fifth grade. In school, the emergency lights in our hallways flickered alight for the only time when I was a student. We didn’t know where to be, what to do. Deemed too young to listen to radio updates, we crouched in our middle school center as teachers told us to stay calm, everything was going to be ok. Young though we were, we could sense their uncertainty.

The day after, fighter jets patrolled the air, visible from Central Park, even though the skies were grayed from airborne debris. People on the streets wore facemasks. New York felt silent.

When I came back from school that September 12th, my father told me—not out of paranoia or fear, but out of rational precaution—that I should begin carrying a photocopy of my passport in my wallet from here on out, as an official ID. I still keep the ten-year-old folded paper in my pocket. I watched as other Indian-Americans became more flustered when talking about national security. One family friend cited an example, cinematic in scope, where the FBI allegedly approached a Muslim in the States to wear a wiretap when he went to Friday mosque services. We weren’t Muslim, but the adults always talked about being careful. Family friends stopped wearing kurta pyjamas, traditional garb, to take out the trash.

As an eleven-year-old, I didn’t think much of these new habits, these new stories, introduced into my life as a child. For me, my identity—and how it was perceived—seemed unchanged from the events. And, for the most part, that was true.

Except for a series of uncomfortable random security checks. During the winter of the tenth grade, just months after the five-year anniversary of the attacks, I commuted daily to a faraway indoor track for my running practices. At the subway station I would board to get back home, there were always several cops, coolly examining the crowd that filed through the turnstiles. And frequently, I was given the opportunity to familiarize myself with them.

The first time that I was asked to step aside to go through a security check, I was with a large group of my friends, predominantly white with some African-Americans and Asian-Americans. More than a score of people had trickled past the turnstiles to enter the station, and a few of them curiously looked back as my friends patiently waited, embarrassed, not looking at the cops or me as they listened to their iPods. They were silent. The cops checked for metal objects using a detector, patted me down, and opened my bags. I was granted permission to proceed. This ceremony happened six more times, with none of my other friends stopped.

We still joke about it: “Dude, well, good thing you didn’t pull your Indian accent,” or “Hey, which cop do you think gave the best pat down?” And so on.

I was silent about the process. On one hand, in some ways I was happy that they checked me—I was glad that they were ensuring the security of subway passengers, who were sometimes rattled by fears of an attack against the underground transportation system. But I also felt distanced from the country in which I was born, educated, and called home. I lived through 9/11. I knew the World Trade Center, called it a place of familiarity. But I still began to question whether society was separating me into another bucket: as an “other,” a not-so-American.

The answer, I believe, is yes. But even if I was separated, I was still American. Getting differentiated based on my skin color is no different than many other societal judgements, as much as we pretend that we live in a society without labels. I’m still proud of this nation, and I wouldn’t want to have grown up any place else. This country is still my home.

There was one more memory that I had of the World Trade Center, and that’s of my father’s office. As he would open his double doors, a grand wall of floor-to-ceiling windows would greet us. Past them was the Statue of Liberty. When I think of the World Trade Center, I think of this memory perhaps the most. It was a spectacular view. In school I was always the only one in the room who could explain Diwali. The Statue meant something to me, more than a tourist’s photograph. It was a sight I always looked forward to. As the Freedom Tower begins to scrape the skies, I look forward to holding that same view.