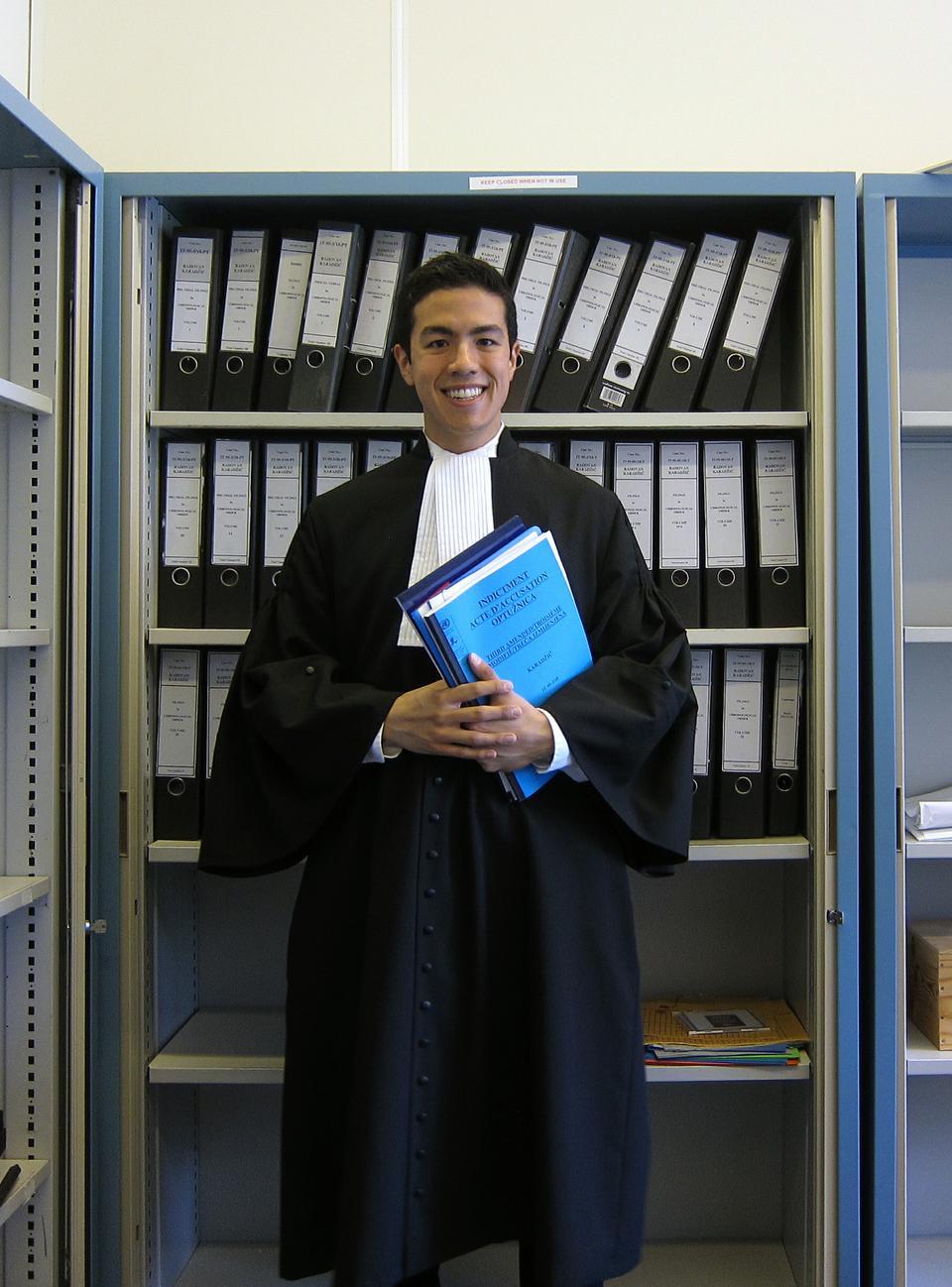 To call him “well-travelled” would be an understatement. After completing his degree in psychology from Harvard, the half-Lebanese, half-Korean Steven ...
By Sofia V. McDonald

To call him “well-travelled” would be an understatement. After completing his degree in psychology from Harvard, the half-Lebanese, half-Korean Steven Arrigg Koh ’04 pursued a master’s degree at the University of Cambridge in the U.K., participated in an exchange program at the Sorbonne while studying for his Cornell law degree, and served as a Visiting Scholar at Seoul National University in South Korea after clerking for a U.S. federal appellate court.

But Koh’s interest in international affairs began before his time in England. Reflecting upon his undergraduate experience, he says, “The uniquely intellectual atmosphere at Harvard College enriched me immensely and encouraged me to approach the world through a broad global perspective.”

Today we can find him in black judicial robes in the Hague, where he is a lawyer at the United Nations International Criminal Tribunal for the Former Yugoslavia.  It is an institution established in 1993 “to prosecute persons responsible for serious violations of international humanitarian law committed in the territory of the former Yugoslavia since 1991,” says Koh.

“I assist the judges in ensuring that the criminal trial is fair, expeditious, and conducted in compliance with the Tribunal’s Rules of Procedure and Evidence,” he explains.

At the moment, Koh is focusing on the Prosecutor v. Radovan Karadžić case in which Karadžić—former president of the Republika Srpska and Supreme Commander of its armed forces during the breakup of Yugoslavia—has been indicted for numerous war crimes including murder, genocide, persecutions, deportation, and the taking of hostages, among others.

While Koh’s position at the Tribunal might appear daunting and, at times, upsetting, his passion for international law and his knowledge that he is helping in efforts to bring peace to the world make the work far from depressing. The best part of his job? “Knowing that I am contributing to international justice every day,” he says.