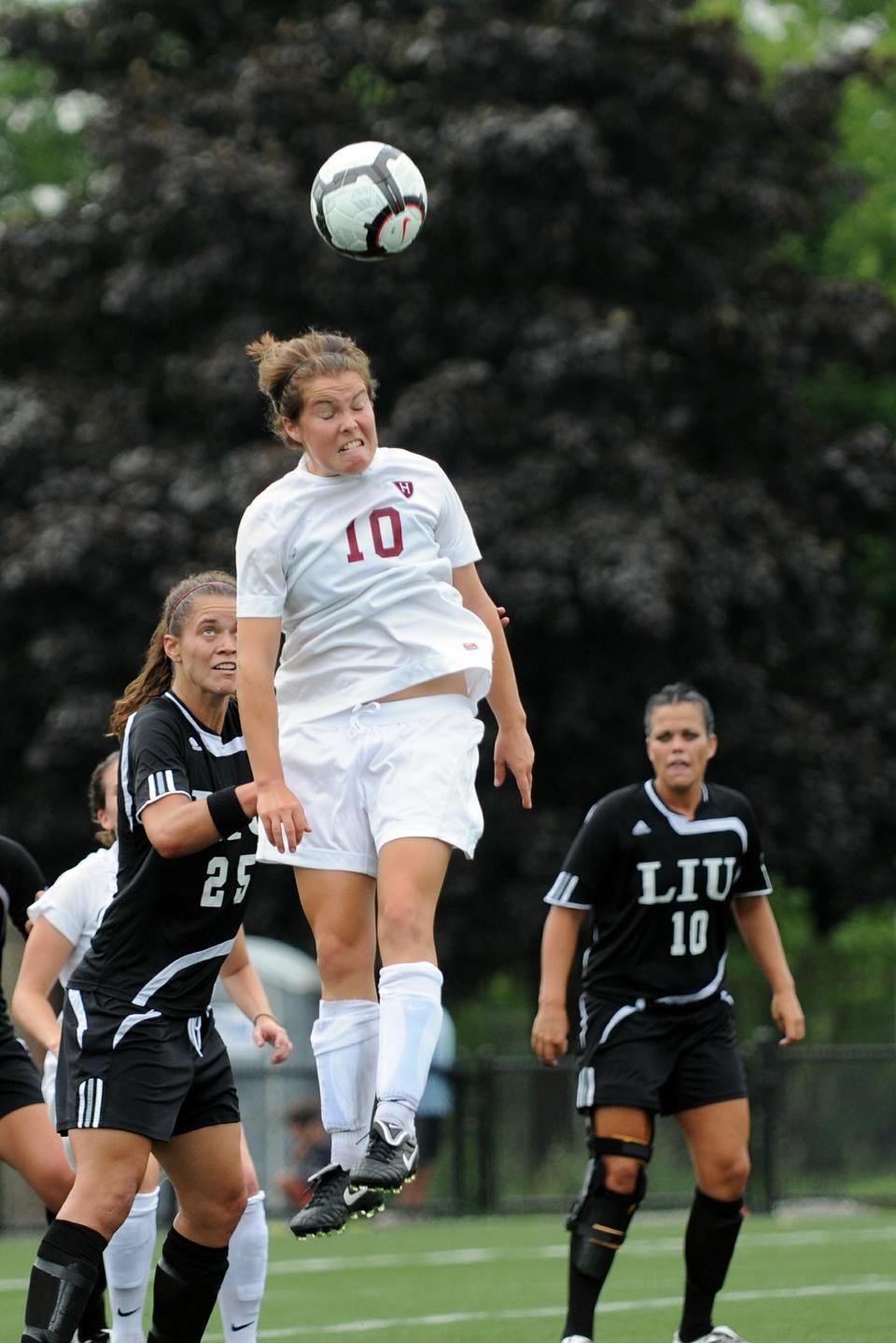 After a dramatic victory that stayed undecided until less than four minutes remained on the clock last Sunday, the Harvard women’s soccer team (1-1) hopes that there is still some home field magic left as it prepares to take on Massachusetts (2-1-1) under the lights tomorrow night at Soldiers Field Soccer/Lacrosse Stadium.

This weekend also marks the first time this season that the team will see live game action at Ohiri Field, where it will play Connecticut (2-2-0) on Sunday afternoon.

“We’ve got a couple of tough opponents in UMass and UConn this weekend,” co-captain Melanie Baskind said. “Of course, we would love to be 2-0 going into this weekend, but knowing that we could be 2-0 gives us all the motivation to practice even harder for these upcoming games. Plus it’s been good to go out and get some tough practice in for the rest of the season.”

“It’s always tough to give up goals like we did [last weekend], but we responded really well,” Harvard coach Ray Leone added. “It’s those types of things that you look for in a team, because that tells you whether or not they’re going to give up or fight for the win.”

Last season, Harvard defeated the Minutewomen, 3-2, but since then UMass has added one big piece to their roster, senior Julie Morrissey. Morrissey, a transfer from the University of Cincinnati had nine game-winning goals in three years, including five as a freshman.

The senior is already off to a hot start this season, leading her team with three goals in her first four games.

She scored both goals in UMass’ 2-1 victory over Elon last week, with her first game winner as a Minutewoman coming against the Phoenix in the 84th minute.

“The season is still young, so we haven’t gotten to see too much real game action,” Baskind said. “These games [are] against some really tough opponents, but we’re really optimistic about how we’ve done so far and looking forward to how we’re going to do this weekend.”

Recent history favors the Crimson, which has won the last three meetings between the two schools, But with new talent combined with veteran leadership on both sides, it could be anyone’s game.

“Being an Ivy League team, we’re at a slight disadvantage compared to these teams because we’ll be playing our third game of the season while they’re already six or seven games in,” Baskind said. “We might be playing some catch-up, but we’re definitely up for the challenge.”

The Crimson’s opponent on Sunday is no slouch either. The Huskies defeated UMass, 3-2, in an exhibition game earlier in the season.

UConn comes to Ohiri Field behind the leadership of senior goalkeeper Jessica Dulski, who was named the Big East Goalkeeper of the Week due to her performance in the recent Wake Forest Nike Challenge.

Dulski recorded 16 saves against two nationally ranked opponents in the tournament, tallying 11 saves and a 2-1 win over No. 18 Wake Forest and holding off 5-0-0 No. 25 Virginia Tech admirably before giving up the sole goal in the game in the 80th minute.

“We’re working together right now to get up to speed for the season,” Leone said. “We played hard these last couple of games, and we practice hard. It’s still early in the season, but we’re doing all we can to make sure we get to where we want to be.”

“We’re hungry this year, and we’re not going to settle for anything less than the top,” Baskind added. “This is the first time that this senior class has not started the season as the defending champions of the Ivy League. It’s my goal this season to make sure that this does not become a trend, and we’re going to bring that trophy back where it belongs. Right back here in Cambridge.”

—Staff writer Ricky Liu can be reached at ricky.liu12@college.harvard.edu