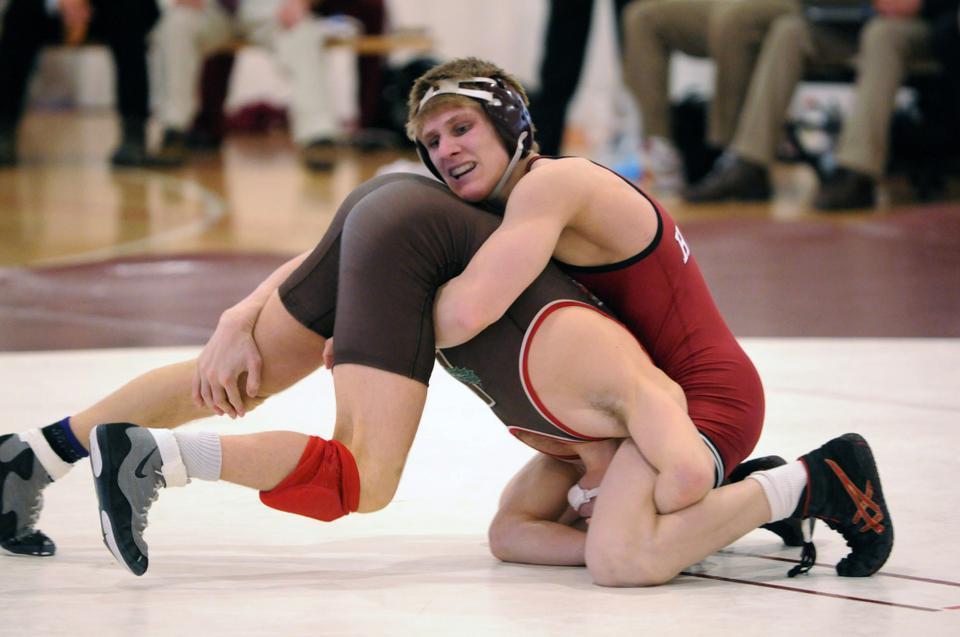 The Harvard wrestling team didn’t quite get what it was looking for this holiday season.

“It was a great tournament for us to see where we’re at,” Harvard coach Jay Weiss said. “We usually peak three times a year, and that’s our second peak, so I wasn’t too pleased with the overall thing, but I know we can move forward from there.”

Iowa captured the title with 152 points, over 50 points above second-place finisher Northwestern. The Crimson finished in 32nd place in the 42-team field with 9.5 points.

Junior co-captain Walter Peppelman did not compete in the event because of an injury he sustained at the Cliff Keen Las Vegas Invitational.

Wrestling at 133 lbs., Keith, the No. 6 seed, finished with a 3-3 record at the event, giving him a 16-6 record overall this season. With the eighth place finish—something Keith has matched or exceeded in every tournament on Harvard’s schedule so far—the junior earned a spot on the podium.

After receiving a bye in the first round, Keith controlled his opponent in the following round, earning a 12-4 major decision over unseeded Dalton Bullard of Elmhurst. He followed up his dominance with a 10-0 blowout of No. 11 seed Thomas Kelliher of Wisconsin.

Keith’s momentum began to dissipate, though, and the junior fell to the No. 3 seed AJ Schopp from Edinboro. Schopp had turned in two impressive performances in the second and third rounds as well, defeating unseeded Chris Perez of Princeton and Rob Jillard of Northern Illinois, 7-1 and 9-2, respectively. Schopp pinned Keith at 5:30, forcing Keith into the wrestlebacks to earn a spot on the podium.

Keith won his first bout in the wrestlebacks, defeating No. 5 seed Bryan Ortenzio of Penn in a 5-3 decision, but then went on to lose his next matchup against No. 7 seed Ryan Mango of Stanford when Mango pinned him at 3:53, sending Keith to the seventh-place match. The junior was once again pinned by unseeded Joe Colon of Northern Iowa at 1:18.

“Steven wrestled really well,” Weiss said. “He placed eighth, but he was in a lot of matches. He had a nice win against [Penn’s Bryan Ortenzio], who beat him earlier. It’s always nice to beat guys who have defeated you earlier in the season.”

Freshman James Fox, wrestling at 197 lbs., went 1-2 in his first Midlands Championships, making him the only other Crimson wrestler to earn a victory at the event.

Despite his early success this season, Fox had a tough draw for the tournament, facing No. 5 seed Byron Tate of Wartburg in the second round. After a first round bye, the unseeded Harvard wrestler fell in an 11-1 major decision.

In the wrestlebacks, Fox earned his lone victory, topping unseeded Thomas Lira of Iowa. The bout was close, but Fox pulled through, taking the 11-9 decision.

In his final two matches, Fox—who had felt ill since the start of the event—forfeited due to sickness.

At 184 lbs., sophomore Cameron Croy went 0-2. The No. 11 seed faced unseeded Erich Smith of Penn in the first round, falling in a close 6-5 decision. In the wrestlebacks, Croy dropped another close bout to the No. 12 seed, Tim Foley, in a 3-2 decision.

Rounding out the four Crimson grapplers at the event, freshman Ryan Osleeb joined Keith in the 133 lbs. division. Like Croy, Osleeb was unable to pull out a victory in his first Midlands Championship, losing his match in the championship bracket and the wrestlebacks.

Osleeb lost his first contest in a lopsided battle to another unseeded wrestler, Mike Demarco, who handled the rookie in a a 14-2 major decision. Osleeb’s bout in the wrestlebacks was closer, but the result was still the same. In a low-scoring matchup, unseeded Derek Malan of Utah Valley topped the freshman in a 1-0 decision.