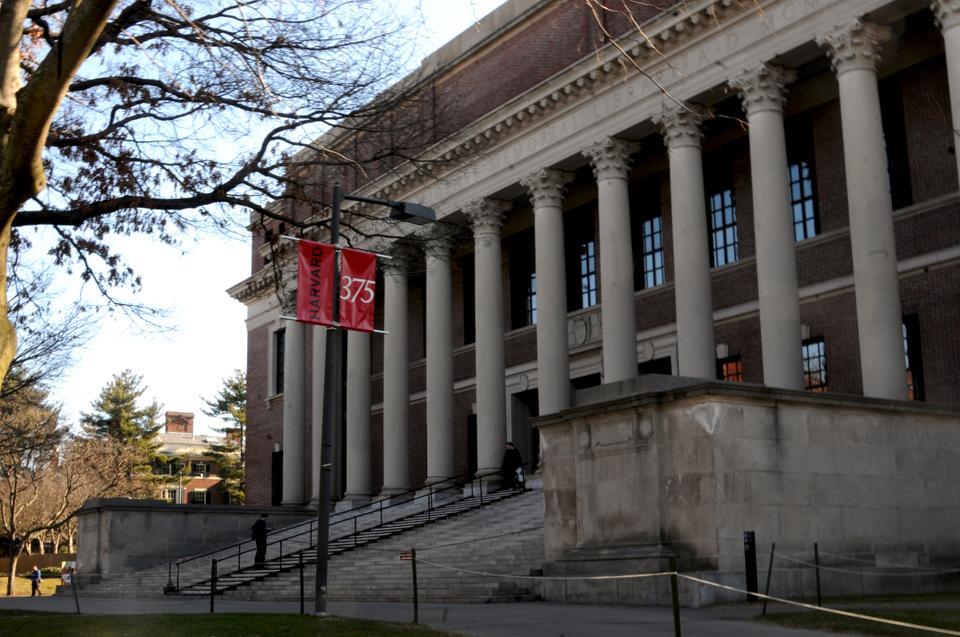 A view of Widener Library from University Hall on a sunny Friday afternoon on a rare quiet moment when there are no tour groups gathered in front of the landmark.
By Jared T. Lucky, Crimson Staff Writer

Following the completion in August of a plan more than three years in the making to reorganize Harvard’s library system, some faculty say that the future of the library’s collection remains unclear—a concern borne out by staff changes in recent years.

“From the perspective of collecting, there’s been a years long decline in support,” said Classics Professor Richard F. Thomas, who dates the slow-down in acquisitions to the early 1990s. Recent turnover in collections staff is especially troubling, Thomas added. “A decline in the number and expertise of our bibliographers directly impacts the excellence of our collecting,” he said.

Since the process of streamlining and centralizing Harvard’s 73 libraries began in the spring of 2009, several positions in collections have become vacant, and other key posts remain unfilled. According to the Harvard College Library’s internal directories, Harvard currently has two active collectors responsible for English language acquisitions, down from three in academic year 2008-2009. Additionally, Harvard currently employs one bibliographic specialist for books in French, Italian, German, Dutch, and major Scandinavian languages—a job that has been filled by up to three separate collectors in the past.

With an ever expanding pool of print and online publications, professor of Hebrew and other oriental languages Peter Machinist ’66 said that new acquisitions should still be selected from a scholarly perspective. “Before that kind of decision is made, a faculty member in the know needs to be consulted,” he said.

“So far the librarians have been very responsive,” Machinist said, adding that he is primarily worried about how the administrative changes of the reorganization will affect collections in coming years. “I’m also concerned because I know a lot of library staff—I’ve gotten a sense that many of them are concerned if they have a future.”

The execution of the library reorganization raised red flags for Thomas as well, who expressed concern about a move towards corporate-style decision making in the library environment. “In a world of diminishing portfolio returns, it’s a matter of common sense that something has got to give,” said Thomas.

Still, faculty said they recognize that many changes associated with the library reorganization are necessary. “I think the current FAS and University administration are, in principle, in support of correcting the problems around collecting,’ said Thomas.

The library system is currently seeking 3 high-level bibliographers, according to job-listings on Harvard’s internal network that were shown to The Crimson by a University employee last week. These listings included an English language position and an additional specialist for Western European collections.

In spite of such steps, both Thomas and Machinist said they harbor concerns about the future primacy of Harvard’s libraries.

“We used to compare ourselves with the British Library, the Bibliothèque Nationale, and the Library of Congress,” Thomas said. “Now we say, ‘Hey, we’re up there with Yale.’”

An earlier version of this article stated that Harvard reorganized its library system three years ago. While the reorganization was announced three years ago, it went into effect this year.