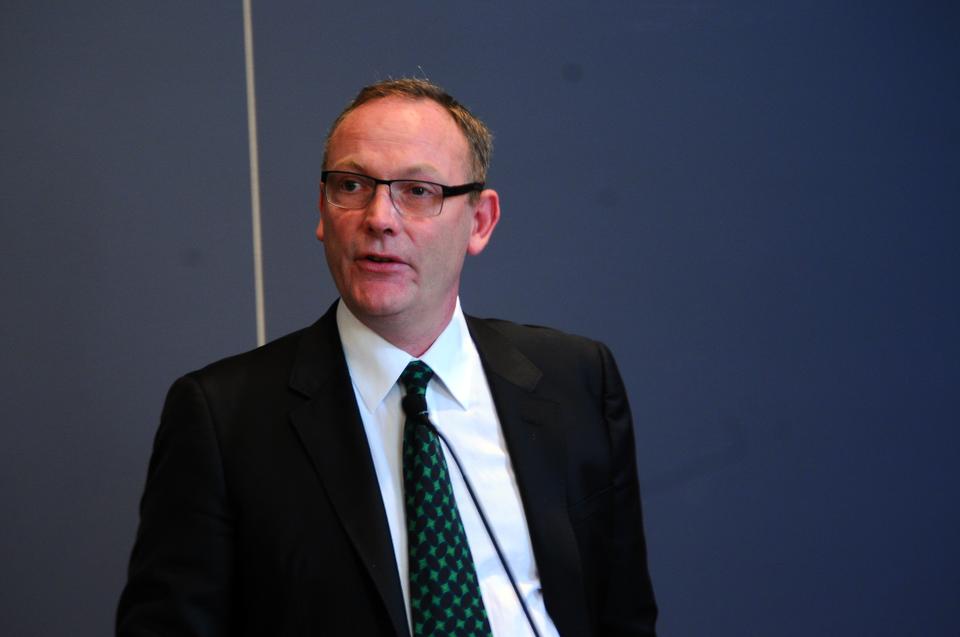 Ben Emmerson QC, UN Special Rapporteur on Counter-Terrorism and Human Rights, describes the obstacles he currently faces to his mandate from the United Nations, which is to assess human rights conditions through investigation and reporting. He spoke about counter-terrorism strategies, the accountability of US government officials in the cases of targeted killing, torture, rendition, and secret detention, as well as the stances taken on these issues by the candidates in the upcoming US Presidential Election.
By Francesca Annicchiarico, Contributing Writer

Ben Emmerson, United Nations Special Rapporteur on Counter-Terrorism and Human Rights, announced on Thursday that an investigation based in Geneva will soon inquire into drone attacks which have caused civilian deaths—including those carried out by the U.S.

During a lecture at Harvard Law School, Emmerson critiqued U.S. counter-terrorism activities that involve targeted killing, torture, and secret detention as outright violations of human rights. He added that his next report to the UN Security Council will focus around an inquiry on Guantanamo Bay detainees.

“It is only by adherence to human rights regulations that counter-terrorism can survive,” he said before a crowd of about 50.

Even though a state’s primary human rights obligation is protecting the lives of its citizens, Emmerson said that this does not “mean infringing the rights of those suspected of terrorism.”

“Victims demand the accountability of public officials and the rule of law, not more human rights violations,” Emmerson said. “They’re not asking for the use of counter-terrorism as a justification of abuse and torture”

Speaking about the upcoming presidential elections, Emmerson criticized the candidates for avoiding discussions about the drone program and waterboarding during the electoral campaign. Emmerson said that the absence of this topic in political discussions is linked to a lack of clarity surrounding American counter-terrorism policy.

“There is increasing international pressure for transparency and accountability,” he said.

The UN introduced Emmerson’s current position in 2005 in an effort to promote human rights and fundamental freedoms in countries’ counter-terrorism programs.

Law School Lecturer Mindy J. Roseman, who introduced the speech, said that Emmerson added an important perspective to the political discussion on campus.

“This talk was especially important because the issues of waterboarding and accountability that Ben Emmerson brought up today have disappeared from the presidential campaign,” she said.

After the lecture, Law School students said they wished Emmerson had delved further into the Obama administration’s counter-terrorism activities.

“I wish we had a more in depth conversation about the closing of Guantanamo and the role the Obama administration has played in this issue,” said Law School student Maria A. Parra-Orlandoni.

“I didn’t know much about human rights, but I thought that the issue of protecting human rights within the state was very fascinating,” said Cathleen Chang, also a student at HLS. “I’ve never thought about it that way.”