Naomi E. Pierce on Getting Over A Fear of Insects 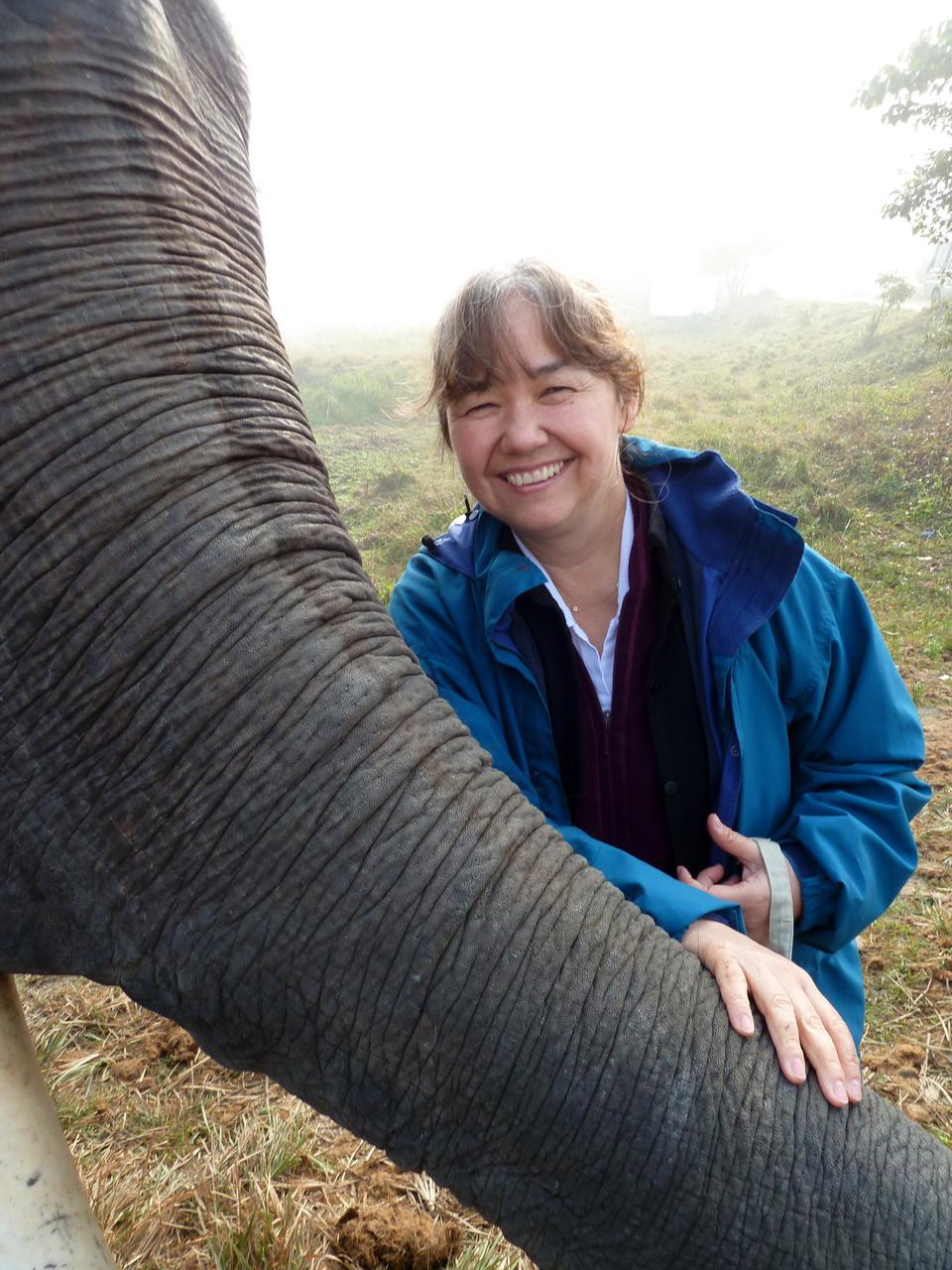 Naomi Pierce is a member of National Geographic's Committee for Research and Exploration. She traveled to India for a site visit of one of their grants to learn about the research being done.
By Zohra D. Yaqhubi, Contributing Writer

In an office full of ant models, butterflies in frames, and books on Nabokov, it doesn’t take much questioning to figure out what OEB Professor Naomi E. Pierce’s greatest passion is: entomology. Having conducted research on insects for decades, Pierce’s work warranted the University to build her a greenhouse atop the Museum of Comparative Zoology laboratories. There she keeps ants that hail from all over the world. Rich with stories, Pierce sat down with The Harvard Crimson to share stories about her fear of bugs, her husband and fellow OEB professor Andrew Berry, and even a brief bit about how the similar spellings of “organismic” and “orgasmic” warrant a good enough reason to consider changing her department’s name.

The Harvard Crimson [THC]: How did you begin your path in the field organismic and evolutionary biology?

Naomi E. Pierce [NEP]: I was a History Arts and Literature major at Yale but I had an interest in the sciences, and I though I might be pre-med, even though I didn’t really know what that meant. I also had a terrible fear of insects. So I decided to take an entomology course in order to get over my fear of insects. This ended very badly the first time I tried it...Back then they did vivisections where you would dissect a live cockroach and look at its beating heart and things like that. They had these great big cockroaches [Madagascar Hissing Cockroach] that they dissect for this because they’re hardy and they’re large. So they asked me to come and pick this cockroach up and take it back to my bench and pin it back and dissect it. And I hung back, and I hung back, and I hung back...I really don’t think the Teaching Fellow realized I was taking this course to get over my fear of insects. Finally, everyone had sat down with their cockroach and had started to work and I was still standing by the pit of cockroaches. And the Teaching Fellow, who at this point was just annoyed with me, said, “Go on! Go on! Just pick it up!” So I reached down and grabbed for it but it had these sharp little spurs on the sides of its legs, which felt like they were cutting me when I picked it up. And it was just too much. So I dropped it and at that moment I burst into tears in front of the whole class in a very dramatic way because they were all staring at me and the Teaching Fellow was yelling at me at this point. And that was it. For a while it didn’t look like I was going to be a biologist. But the next year, I felt so bad about the way that entomology had ended that I decided [in my senior year] I would try again. And I absolutely loved it. I found that not only was I not afraid of insects, but once I got over my fear of picking them up, I was so fascinated by them that...that was it. I just couldn’t study anything else. And I’ve never looked back.

THC: What has been your favorite trip taken for research?

NEP: I think my favorite recent field trip has been to Africa—to Kenya, where we’ve been working on ant plants on the savannahs of East Africa. These are plants that make...little swollen thorns that act as houses for ants. The African plains are covered with these ant plants. It is a kind of Acacia drepanolobium. So as far as the eye can see, you see these beautiful Acacia drepanolobium with the swollen thorns in them and the swollen thorns are full of ants. It’s the most fascinating habitat because browsing between these ant plants are giraffes, rhinoceroses, and elephants [and] whizzing atop the trees are butterflies whose caterpillars interact with these ants. It’s a very interactive and rich habitat; totally fascinating.

THC: You’ve done extensive research on ants; what would you say was the most fascinating results of this research?

NEP: The most interesting result we’ve had recently involved looking at the gut microbiome of ants. [In the lab] we had done an evolutionary history of ants; sort of like a family tree. We used the ants’ DNA to reconstruct the relationships of different species of ants [and then] took the DNA and screened it for bacteria. That enabled us to look at bacteria that resided in the guts of the ants...When we did this we found that most of the ants that had bacteria in their guts were also herbivores. This was a striking pattern—that there was a correlation between having bacteria onboard and also being herbivorous.

THC: Why is evolutionary biology a field that everyone should consider studying?

NEP: One of my favorite quotes is from [Theodosius] Dobzhansky: “Nothing in biology makes sense unless in the light of evolution.” And I think this is very true. We’re animals ourselves; how can you not be interested in other organisms? And if you’re interested in other organisms then automatically there is that quest for discovery. Every organism has a history and learning about that history and learning about the context of that animal is really what Dobzhansky is saying here.

THC: Your husband, Andrew Berry also works in OEB. Who do you think is a stronger force in the field?

NEP: There’s no question that Andrew Berry has much more of a presence on campus than I do. I would defer to him any day when it comes to making a point, delivering a lecture, and in fact he has a mind like a vise. So whenever I can’t remember something, I usually call him up and ask him. Nine times out of ten, he knows what I’m trying to remember....We do very different kinds of research. His interest is more in population genetics and now more macroevolution, or large scale aspects of evolution...He’s very broad in his interests; I’m quite focused on insects and the relationship between insects and plants. He’s more of a big picture person, and I’m more of a experimentalist.

THC: So is the work you do in research better than his?