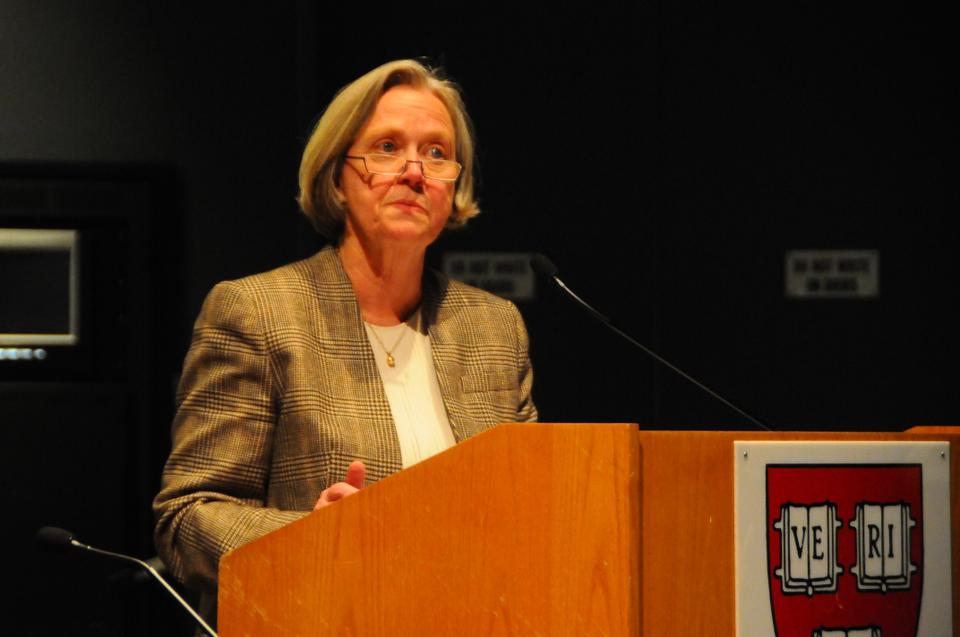 Princeton University President and renowned molecular biologist Shirley M. Tilghman advocated for a new approach to science education that would integrate larger-picture ideas into everyday curriculum in a lecture at the Science Center on Tuesday afternoon.

This new approach, which Tilghman has termed “inverting the pyramid,” would introduce students early on to the major questions that plague the scientific community, represented now by the base of the pyramid.

“I think we need to invert the pyramid and begin with the big ideas, and then we need to continually connect the theorems and laws to the great task of solving the questions behind the big ideas,” Tilghman said as part of the Dudley Herschbach lecture series. University President Drew G. Faust introduced Tilghman.

Addressing the bigger questions in science while still retaining the smaller-scale fundamental information already taught in the classroom will allow for more original thinking among the students, Tilghman said.

“The science education system should be providing students with opportunities to be scientists and engineers,” she said.

Tilghman said that a new focus in science education is particularly salient given the United States’ declining status as an international leader in the field.

“America is widely acknowledged for having one of the worst K-12 education systems in the world. The more our children are exposed to our educational system, the more poorly they do on international tests,” Tilghman said. “It is clear we have a national problem on our hands.”

Tilghman also discussed the increasing number of online courses offered in high schools and universities. She questioned their effectiveness and what it means for universities that have historically promised close interaction between professors and students as the hallmark of their education.

“The to-be-answered challenge for me is how to use those freed-up contact hours to engage those 300 students,” she said. “That’s the challenge. Will online enhance or merely substitute traditional types of classroom teaching?”

“As long as we in the education community approach education with the same degree of inventiveness as we approach research, and as long as our leaders protect qualities that make our scientific enterprise such a source of national strength...I am optimistic,” Tilghman said. “The seeds of that success are still with us.”

Keisuke Ishihara, a Harvard graduate student in systems biology and a teaching fellow for Science of the Physical Universe 27: “Science and Cooking” who attended the lecture, said she agrees with Tilghman’s assertion that students must become innovative thinkers and researchers.

“When you’re asking a question that no one had answered before, and you could figure out the answer by yourself, then that is one of the more memorable moments,” Ishihara said. “I think incorporating that in the middle school, high school, undergraduate programs is really important.”