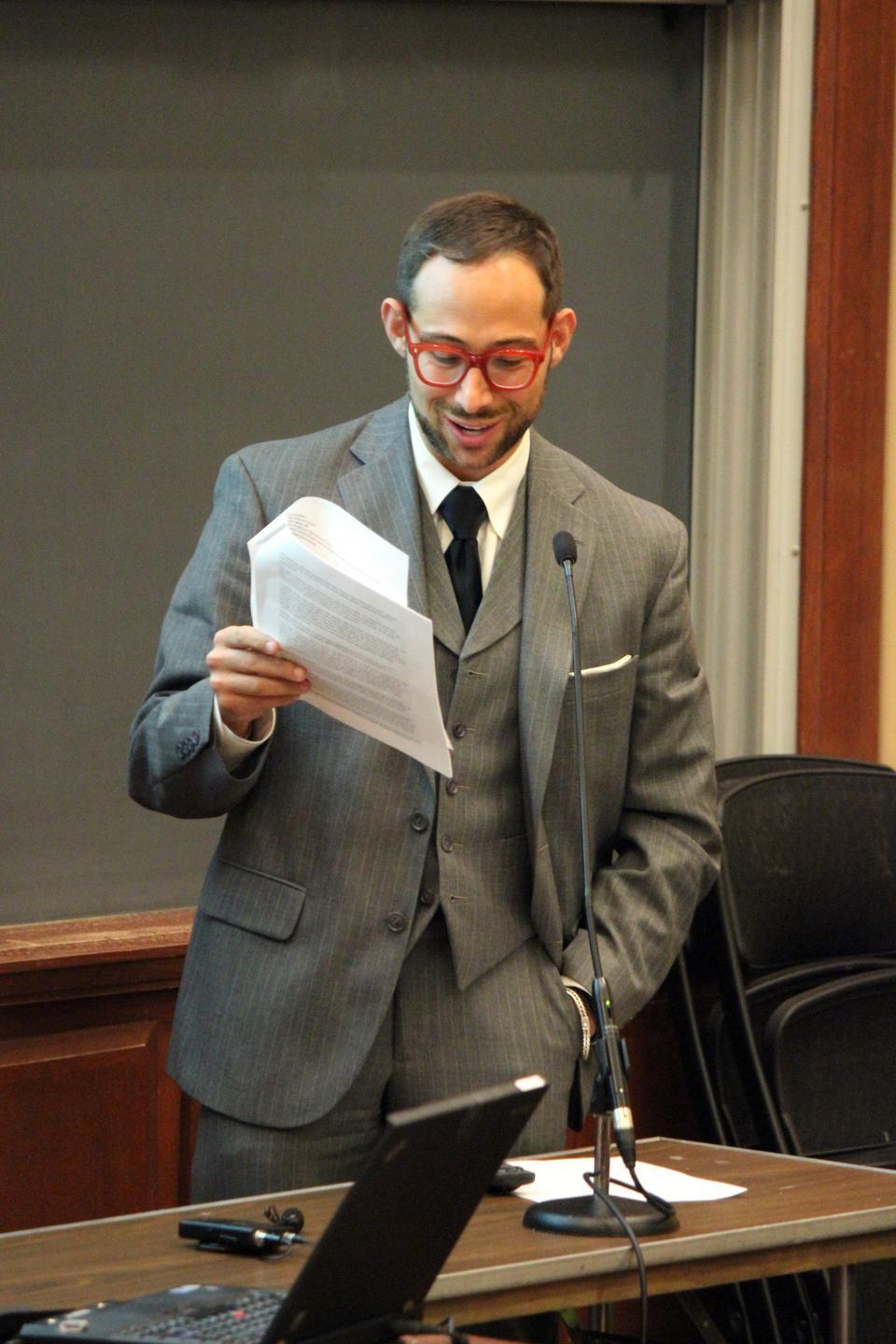 Assistant Professor at Harvard Law School, Glenn Cohen, spoke at the "Stem Cell Therapy and Medical Tourism: Of Promise and Peril" event at the Harvard Law School on November 29, 2012 about the unique and unfortunate issue of child abuse and neglect which arises when parents travel abroad seeking stem cell therapies, which tend to have adverse effects, for their children.
By Steven S. Lee, Contributing Writer

A panel at the Harvard Law School Wednesday discussed the ethical debate over the use of embryonic stem cells in the United States, focusing on the burgeoning controversy surrounding the role of stem cell therapy in medical tourism.

Medical tourism, in which patients travel internationally to gain access to specific health care services, has become increasingly common, panelists said. They said that reasons for medical tourism range from basic hip replacement surgery to black market organ sales. As most stem cell therapies are not approved in the United States, numerous patients are going abroad to countries like China and Russia where treatment is legal.

Panelist I. Glenn Cohen, an assistant professor at the Law School, said that it was probable that a Chinese stem cell facility performs several hundred thousand of these treatments yearly. He said that numerous celebrities, including football quarterback Peyton Manning, have reportedly traveled abroad to receive stem cell treatment not approved by the FDA.

A number of facilities claim to use stem cells to cure a wide array of diseases. University of Alberta law professor Timothy Caulfield, another panelist, pointed out that a simple Google search leads potential patients to a plethora of websites which claim that diseases such as autism and cancer can be cured through stem cell therapy.

According to American history professor Jill Lepore, the “hyper-acceleration of enthusiasm” for stem cell therapy is reminiscent of a century ago when science journalism and government funding for science research began to blossom. Lepore pointed out how public excitement over scientific procedures has affected society in the past, popularizing cryonics research and the work of Eugene Steinach, who claimed his vasectomy operation reversed the aging process.

Panelists said that one issue with stem cell tourism is the number of health risks associated with such procedures, citing a number of instances where stem cell therapy caused serious harm.

The panelists emphasized that more accurate information should be provided to the public regarding stem cell treatments.