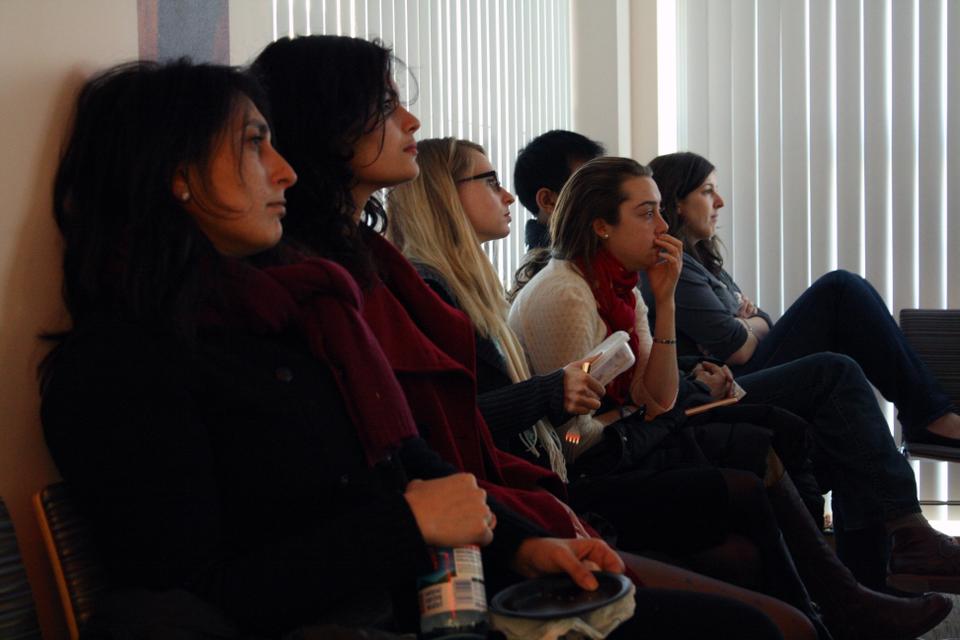 A dearth of positive portrayals of women in the media has helped cause a disproportionately low percentage of women in leadership positions in government and business, filmmaker Jennifer Siebel Newsom said at an event on Thursday sponsored by the Harvard Kennedy School’s Women and Gender Caucus.

“I’m a firm believer in ‘If you can’t see it, you can’t be it,’” Newsom said, arguing that more balanced public images of women would teach young girls that they can aspire to positions of power.

Newsom, who worked in micro-finance before earning a business degree from Stanford, said she was inspired to write, direct, and produce the film after learning that she was pregnant with her first child, a daughter.

“I started to question what the media was communicating to young people,” Newsom said. “I couldn’t imagine having a daughter in a culture that demeaned, objectified, and sexualized women.”

The movie premiered at the Sundance Film Festival and has since aired on Oprah Winfrey’s television network. Newsom is currently conducting a nationwide tour and an online campaign to promote the film, which is the centerpiece of an educational curriculum geared toward elementary, middle, and high school students.

The film has been screened in 1,500 schools across the country. More than 60 screenings are scheduled for the month of March alone, in locations ranging from Arkansas to Azerbaijan.

“Highly intelligent women said, ‘She’s too ambitious,’” Faria said. “I thought, ‘That’s not a complete thought.’ They meant too ambitious for a woman.”

“Many of those who attended today’s screening left inspired and eager to change how women are portrayed in our culture,” Lund said.