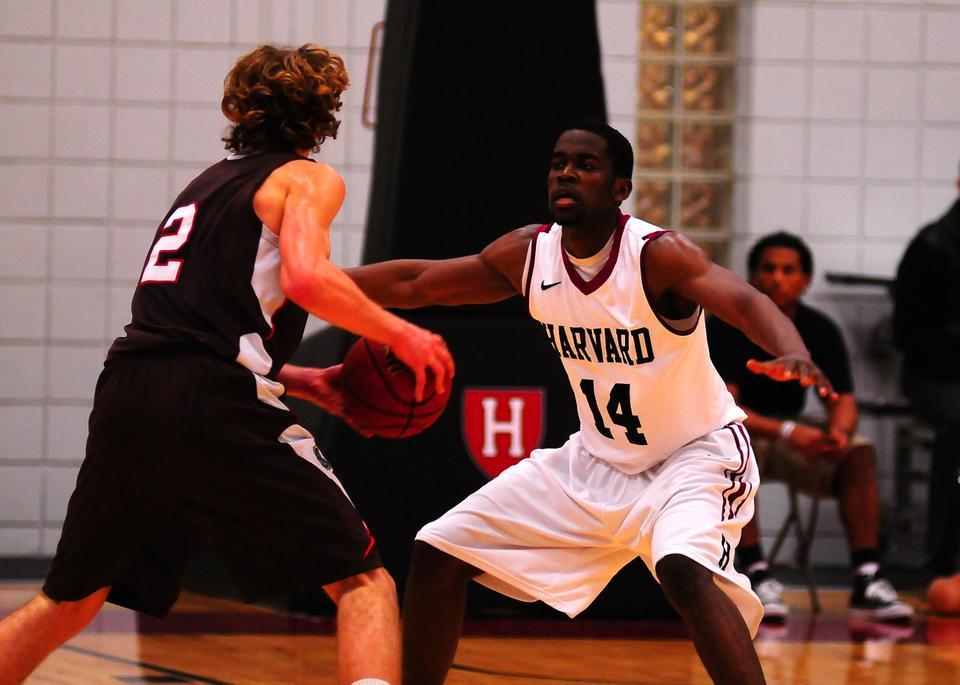 Harvard revealed its offensive gameplan early in Friday night’s matchup against Brown, as co-captain Keith Wright registered six of the team’s first 11 points. By the end of the first half, the forward had already recorded a double-double with 10 points and 10 rebounds.

“We were very pleased with how much he was attacking the backboard,” Amaker said. “I thought he had a great first half.”

While Wright only played eight minutes in the second half, the Crimson continued to exploit its size advantage. Freshman Steve Moundou-Missi took over in the second frame, tallying nine points and four rebounds, an impressive performance for a young player who averages only five points per game. Moundou-Missi finished the game with 14 points, the second highest total in his career.

In total, Harvard scored 34 of its 69 points down low while limiting Brown to only 14 points in the paint. The Crimson big men also out-rebounded the Bears, 40-23, on the night and 22-9 in the first half. Harvard recorded 10 rebounds on the offensive end, leading to 10 second-chance points.

Seven minutes into the game, Harvard found itself up by a single point against the Ivy League cellar-dwelling Bears. Eleven minutes later, the Crimson was up 21 and well on its way to another Ivy victory thanks to a 20-0 run that put the game out of reach in the first half.

The run was sparked by a dunk by freshman Jonah Travis, a Kyle Casey three-point play and two more Casey free throws. Those first seven points all came from post production, a strength for the Crimson all night. In total, Harvard’s frontcourt totaled 15 of its 20 points during the run, eight of them coming from Wright and Moundou-Missi. The big men and others also got to the line nine times over the 11 minutes, where they missed three attempts.

The streak was also a product of the Crimson’s stingy defense. Brown went scoreless for nearly 11 minutes as Harvard limited the Bears’ looks at the basket. The Crimson defence forced two turnovers and blocked four shots during the stretch.

In the second half of the blowout, no starter played more than 10 minutes. While they rested for Saturday night’s matchup with Yale, a number of rookies and role players got their time to shine.

“We played our bench a lot, and I thought those were really good minutes for those kids,” Amaker said. “We gave those kids extended minutes to get them more confident in an Ivy League battle. I thought they performed very, very well.”

Moundou-Missi led the bunch with 14 points, nine rebounds, and four blocks, but others stepped up as well. In 14 minutes of action, freshman Wes Saunders tallied nine points while showing his potential to score off the dribble. Fellow freshman Jonah Travis recorded five points in 15 minutes, and brought down four rebounds, including two on the offensive end. Freshman sharpshooter Corbin Miller went three of four from deep, scores that accounted for all nine of his points.

“He’s playing really good minutes for us,” said Amaker of Miller. “He’s given us good production off the bench, and we have a great deal of confidence in Corbin. He’s been our best shooter during this stretch.”