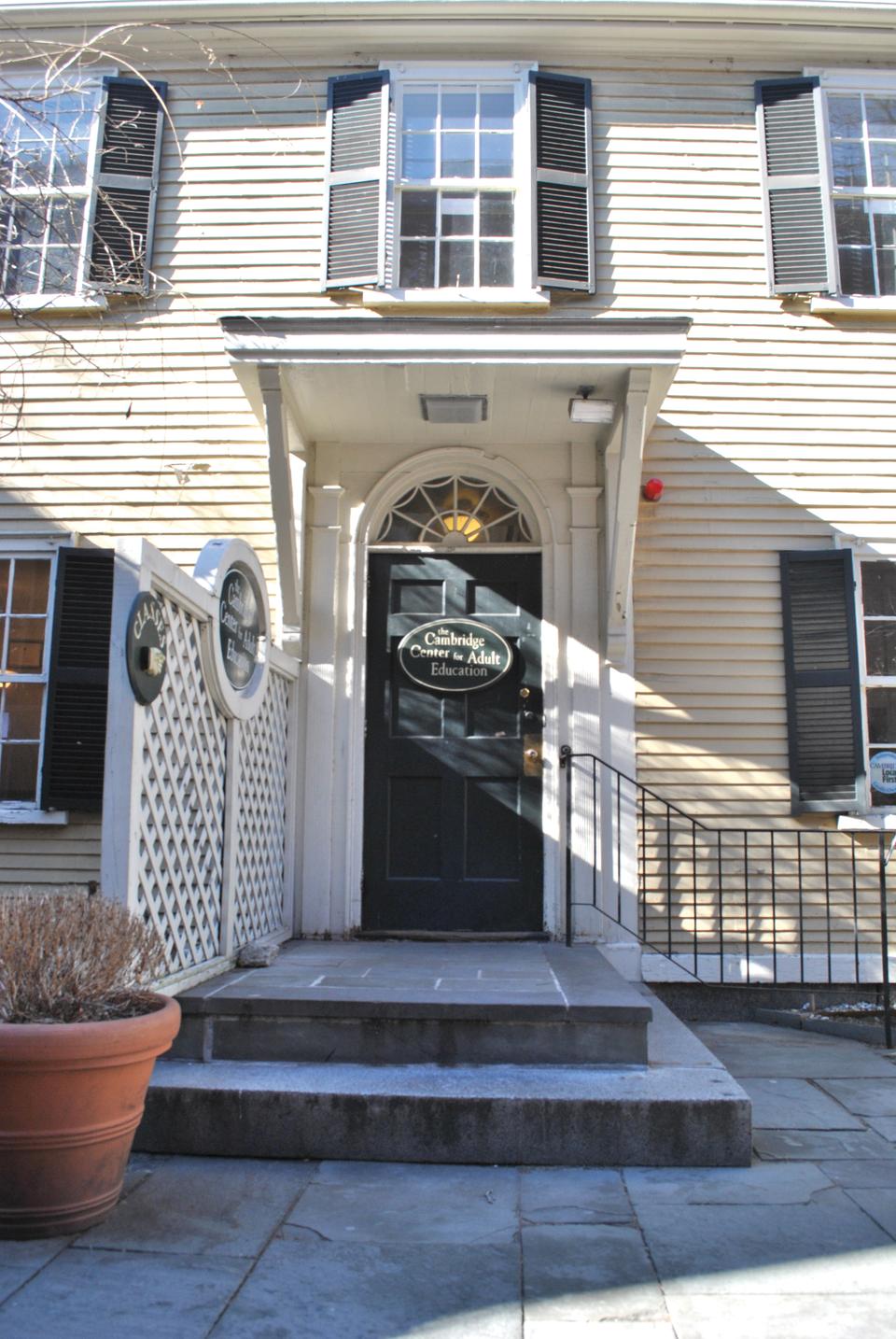 After escaping slavery, Mary Walker became a part of Cambridge’s history, settling here in the 1850s.
By Lena S. Bae

Sydney Nathans looked at the doorbell, and hesitated. Here he was, in Glastonbury, Conn., several hundred miles from his home in North Carolina and outside of a stranger’s home.

He had come to further investigate the life and family of Mary Walker, a fugitive slave. Nathans, a retired professor at Duke University, started this study back in 1988, and afterwards published his findings in “To Free a Family.” After discovering that Walker’s descendents lived in Glastonbury, Nathans wanted to ask if they knew of Walker, and to learn about their history. On that day, however, Nathans did not dare to ring the bell.

Although more than a century old, Walker’s story is one worth remembering. After escaping slavery, she became a part of Cambridge’s history, settling here in the 1850s. She later owned 54 (now 56) Brattle Street—today the Cambridge Center for Adult Education.

Nathans also hoped to meet Walker’s descendents because he wanted to share one of his most interesting findings: a change in their racial history. The 1870 and 1880 censuses listed the Walker descendants as “mulatto,” but starting in 1900, when the census only gave the options of “white” and “black,” the Walkers began identifying as “white.”

Eventually, Nathans made contact with the Walker descendants. When they finally met, Nathans brought an album of photos. The first picture was of Mary Walker’s Brattle Street house. Clare Dubé, the second oldest member of the family, immediately recognized it as her Uncle Freddie’s house. Frederick Gray Walker was Mary Walker’s mixed-race grandson, who Clare had always thought was white.

The family was surprised to learn about Mary Walker, and her African American roots. Clare had always felt that there was a secret in the family, and learning about Walker filled in many gaps her parents had never explained.

Mary Walker was born in 1818 on a plantation owned by a man named Duncan Cameron. Walker was very fair-skinned. She eventually learned to read and write. In 1846, Walker accompanied Cameron and his sickly daughter to Philadelphia on the first of three medical trips. On the last trip in 1848, Mary Walker ran away.

In Philadelphia, Walker was safe under the 1847 Personal Liberty Law, which granted a path to freedom for slaves brought into the state. There she met James Lesley, who employed her: she was a skilled seamstress. When Walker’s security was threatened under the Fugitive Slave Law of 1850, Lesley helped her move to Boston. There she found refuge with Lesley’s cousin. Although safe at last, Walker was heartbroken.

Running away meant an end to her life as a slave, but it also meant leaving behind her mother and three children. Now she missed her family, and she began to fear for them after discovering in 1853 that Duncan Cameron had died, leaving her children’s fates uncertain.

As a result, over the next decade, Mary Walker devoted herself to freeing her children. The Lesleys pursued three rescue efforts to no avail. In 1852, Walker’s eldest son Frank escaped, but was unable to reach her. It was only after the Civil War that Mary Walker was reunited with her two remaining children, Agnes and Bryant.

Mary Walker found a life for herself in Cambridge, where she had made many friends and developed a reputation for her sewing skills. Walker became a part of Cambridge’s history in June 1870, when a relative of a woman she had nursed purchased a house on 54 Brattle Street for her.

Now known as the Blacksmith House, 54 Brattle Street was no ordinary house. It had been the home of Dexter Pratt, the man immortalized in Henry Wadsworth Longwell’s poem “The Village Blacksmith.” Mary Walker’s family lived in this house for 42 years.

Mary Walker’s grandson and Clare’s uncle Frederick Walker finally sold the Brattle Street house in 1912. Sydney Nathans notes that as the financial equities of the house were passed onto future generations, the property became Mary Walker’s gift to her descendants. She granted her children the security and stability she never had.

From 1912 to 1946, the Brattle Street house became a popular restaurant among students. Then, from 1946 to 1972, it was a philanthropic enterprise called The Window Shop, which provided vocational training and a place to sell food and products for World War II refugees. Eventually, in 1972, the Cambridge Center for Adult Education acquired the building and has owned it ever since. Despite her early prominence, Mary Walker’s history remains largely unknown now, a century later.

Her story became lost to Cambridge history and the Walker descendents during the currents of racial prejudice in the early 1900s. In this context of heightened racial tension, the Walker descendents decided not to reveal Mary Walker’s African-American identity to their light-skinned children. “I think my mother didn’t know how to explain that,” said Dubé.

And so it became lost in their family history. “By keeping it from the children,” said Nathans, “it was a secret [the children] didn’t have to keep themselves.”

Today, Mary Walker’s story, uncovered largely through Nathans’ work, is celebrated both in the Cambridge community and among Walker’s descendants. Last Thursday, people crowded into the Cambridge Center for Adult Education to hear Nathans’ talk on “To Free a Family.”

Nathans has also become a friend to the Walker descendants, who have embraced Mary Walker’s story with pride. “To learn one’s history...” said Andrea Kenney, Mary Walker’s great-great-great granddaughter, “... I was enriched and thrilled.”

Even the youngest member of the family, Leland Gutkin, is proud of Mary Walker. “She was very courageous,” he said.