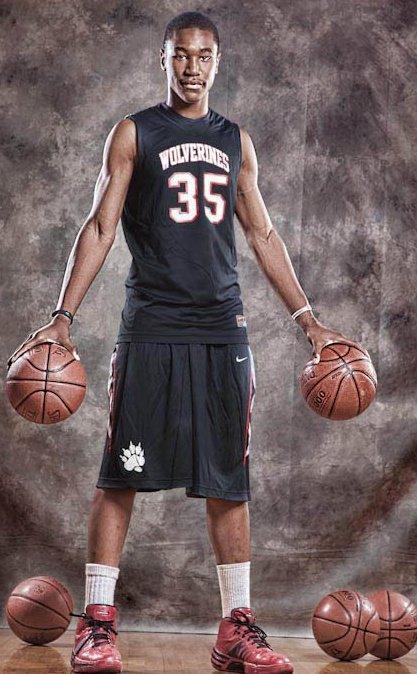 The Harvard men’s basketball team has learned its opponent for its first NCAA tournament game in 66 years, but that news might not even be the biggest of the day for coach Tommy Amaker and his staff.

On Sunday afternoon, the Crimson earned a commitment from four-star prospect Zena Edosomwan, who turned down scholarship offers from UCLA, USC, UC Berkeley, Texas, and Washington and decided to undergo a post-graduate year at Northfield Mount Hermon School (Mass.) in order to attend Harvard.

“It’s a special day for all of us—for me [and] for Harvard basketball," Edosomwan said.

Currently a senior at Harvard-Westlake School (Calif.), the 6’9", 225-pound forward is a top-100 prospect on Scout.com—the first player of such a distinction on that site to commit to an Ivy League school—as well as a 92 on ESPN.com.

“Coach Amaker and [assistant coach Yanni Hufnagel], they’ve just been very supportive, and I couldn’t see myself anywhere else," Edosomwan said. "It’s the best school in the world, the basketball is building, and I want to be a part of that—I want to make history there.”

Edosomwan, the jewel and main target of Amaker’s 2012 class, has been determined to attend Harvard since he visited the campus in late September.

And he has taken standardized tests multiple times in order to do so.

Harvard-Westlake coach Greg Hilliard told The Crimson last week that Edosomwan was waiting for the results of his January SAT to determine if he had qualified academically for Harvard.

“I’ve talked to all the coaches that are still waiting and hoping he comes to them, and none of them have ever run into somebody who has the options that he has and is waiting for a non-scholarship school, which I think is pretty amazing,” Hilliard said. “His heart and mind are definitely in the right place.”

Instead of continuing to try to gain acceptance for this year's class, Edosomwan has decided to reclassify as a 2013 prospect and attend nearby Northfield Mount Hermon, one of the top prep programs in the country, before aiming to arrive in Cambridge in the fall of 2013.

“It's been his dream to attend Harvard, and he wasn't going to stop until he'd explored every option,” said Northfield Mount Hermon head coach John Carroll. “He did his research, and he talked to the Harvard guys, and we do a good job of getting guys ready for the Ivy League.”

Edosomwan is a member of the Rivals Top 150 and will replace current Northfield Mount Hermon senior Evan Cummins, who committed to Harvard last May, in the Hoggers front-court.

The gifted athlete remains well aware of the challenges that lie ahead.

“There are no guarantees,” Edosomwan said. “Going to Northfield Mount Hermon betters the chances of me getting into Harvard.”

"He'll continue to take the test, and he'll take a strenuous courseload," said Carroll, whose program boasts 25 graduates currently playing Division I college basketball—11 of whom are in the Ivy League, including Crimson senior Andrew Van Nest and sophomores Laurent Rivard and Matt Brown.

Carroll said that five of those 11 were post-graduate players and that no post-graduate Hogger has ever failed to academically qualify.