Fear Emerges in the Mundane in Chaon’s Nightmarish Latest 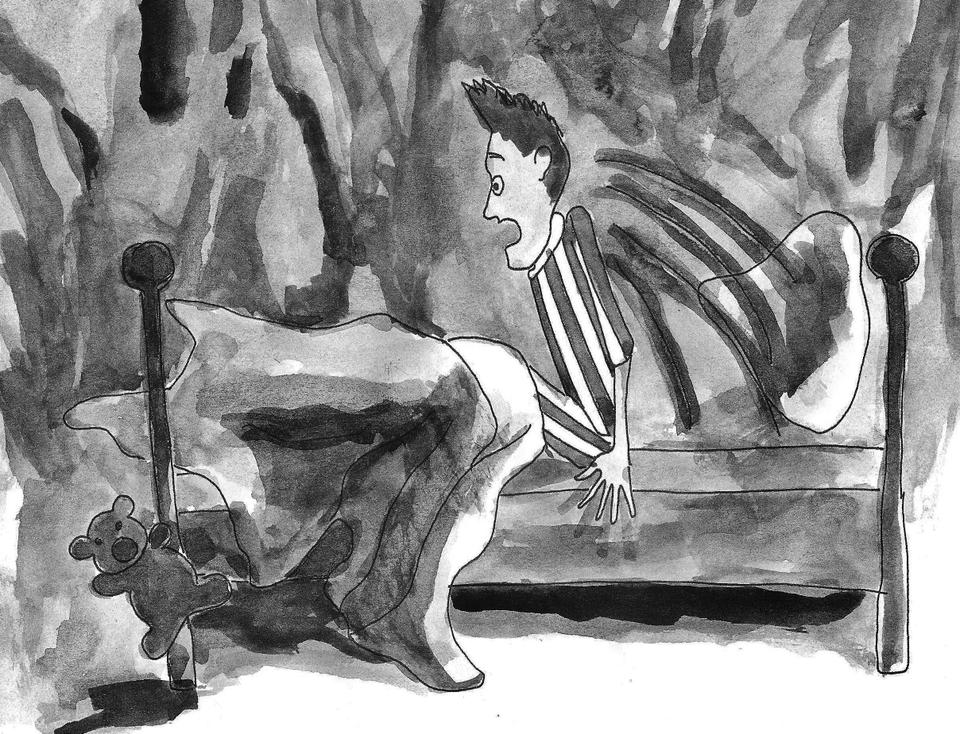 “Actually, if you look closely, our ghosts are fluttering everywhere, dispersed and dispersing,” writes Dan Chaon in “Stay Awake,” an impressive and unsettling new collection of short stories. “We fall as leaves upon a human finger, curled in the grass at the edge of a house and never found, we settle as dust upon a key in a basement door that leads nowhere.” From these peculiar combinations—ordinary events made shadowy and sinister—grim and dark explorations of the world ensue. In this book, an atmospheric ode to all things disturbing, Chaon flits between the gruesome and the depressing and lingers just long enough on each story to fully realize its creepy environment. No area of existence, from the mundane to the near supernatural, is safe from the pervasive onslaught of his troubling imagination. Teenagers strain against small-town lives, and a recovering addict tries to escape his past; elsewhere, a two-headed child is born, and a man realizes he may be dead. Across a wide variety of situations, however, one thing remains constant: Chaon’s mastery and manipulation of the mood of the story. This ability—to bring out the disquieting aspects in even the most commonplace of circumstances—elevates his writing to haunting heights.

In these mesmerizing and stark snapshots of various lives, Chaon conjures up dark atmospheres partially through his unique perspective on seemingly normal sights. A deadbeat young man, Brandon, contemplates mortality and growing up after his parents’ suicide in “Patrick Lane, Flabbergasted.” Yet even in the story of this ordinary character—he lives in his childhood home, works in the local supermarket, and is a self-described Internet addict—Chaon invokes unsettling tension through unconventional metaphors. Brandon sees “a kind of millipede of metal and wheels” in a chain of stacked grocery carts and “a dead spaceman” in a jumbled pile of hair dryers in an abandoned beauty salon. Bizarre descriptions like this turn an otherwise banal plot into one steeped with foreboding; the story resembles nothing less than a prelude to a ghost story. Yet, in failing to descend into a tale of the supernatural, Chaon actually casts a far more ominous net. These disturbing images in a normal setting are frightening due to their unexpected occurrence.

In other stories, however, Chaon’s creative plot elements, not his language, bring forth the collection’s signature and pervasive darkness. In the titular story “Stay Awake,” a two-headed baby is born after a long, difficult conception process. Her parents must face the ethical repercussions of removing the extra head from the “host” body. Spine-chilling imagery abounds—the attached head lies awake at night, unblinking, stealing the life from its host—and at the story’s end, the father wonders if his baby will grow up with the ghost of the removed head forever haunting her. “Hello, a voice would say. I’m still here. I’m still with you,” Chaon writes in the disembodied voice of the amputated head. “Rosalie…I’m still awake.”

When Chaon is not exploring the grotesque and uncanny, however, he turns to toxic family situations—a subject that, surprisingly, lends itself well to this morbid story collection. Parents abandon children, a couple copes with the death of their newborn, adopted children try to reconnect with their fragmented pasts, and a widower spirals into despair as he grieves. Though these stories are all tinged with vague supernatural trepidation, their most affecting aspects—especially when taken as a whole—are the tenuous and oft-destructive relationships between humans. Chaon manages to imbue stories of abandonment and loneliness with the same level of compelling darkness as his more fantastical stories. The haunted solitude of the human mind becomes just as disturbingly fascinating as the world of spirits.

Fear, Chaon suggests, can take many forms. In “Thinking of You in Your Time of Sorrow,” the narrator is secretly relieved when his newborn son dies, for he is a teenage father unable and unwilling to care for a child and wants to experience a wider world beyond his small hometown. Yet he cannot stop dwelling what his life would have been like with a child: “If Caleb had lived, would Meg have hated him as much as your mom hates you?” Chaon writes as the young narrator questions his existence. “Would you have become an old drunk, like your dad? Does everything perpetuate itself?” Fear, here, is more than wind whistling through an abandoned house; it becomes the realistic and painful fear of being trapped in one life and desperately wanting to escape.

Across the impressive variety of stories contained in “Stay Awake,” Chaon hints at, more than completely exposes, the eeriness hidden in situations both commonplace and absurd. He inextricably links disparate stories through a complicated web of theme and atmosphere. Some characters are uncannily similar, situations recur with slight variations, and sometimes, the very nature of life and death is obscured. “The dream disappeared,” Chaon writes, “and yet a little scrap of it hung above him, like a little ragged strip of cloth caught on a barbed-wire fence.” It may be difficult to pinpoint exactly where these stories veer from reality to dreams, yet they ensure you, too, will stay awake.