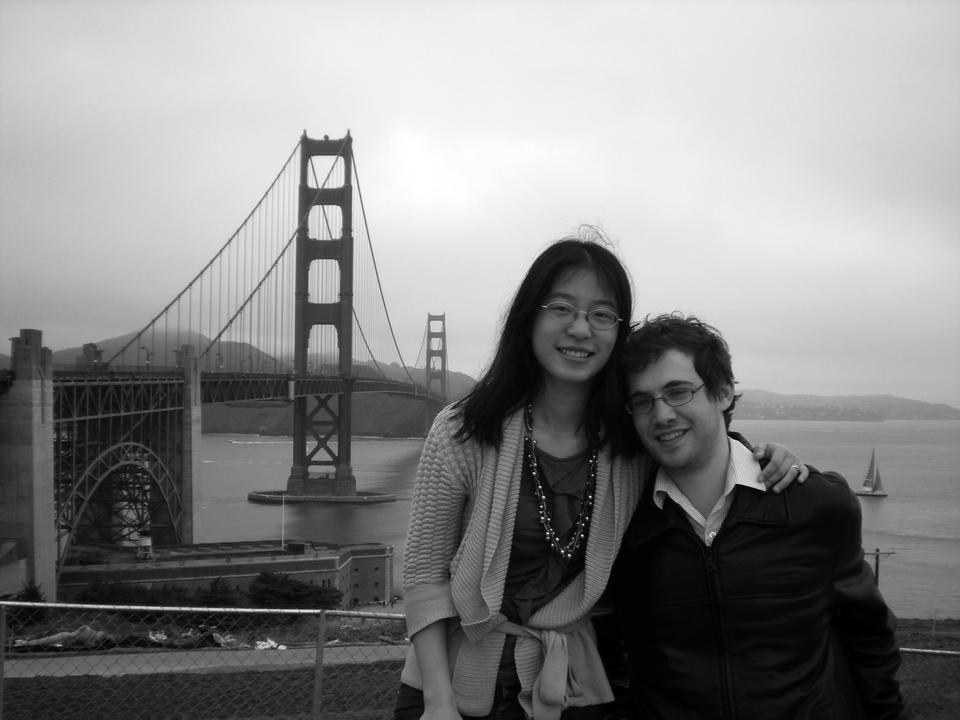 Thanksgiving of freshman year is a time when long-distance high-school relationships traditionally come to a close during the annual Turkey Dump.

But when Amy Chen ’12 and Dylan A. Kotliar returned home to Princeton, N.J. during their freshman year, they rekindled their high-school romance over turkey and stuffing.

Originally afraid of the distance—Kotliar graduated from Columbia University last week—the two committed to chatting for an hour a day if possible, and the pair quickly became experts of bus lines.

By senior year, it became clear to both that the relationship was meant to last. The two plan to marry in May of 2013, after their first year at Harvard Medical School.

In January, after a day of ice-skating—the venue of their first date in senior year of high school—Kotliar proposed at Top of the Hub.

“We’d always been talking about medical school, applying together, and living together,” Chen said. “It wasn’t surprising for either of us.”

The couple supported each other as they prepared for the MCATs, wrote their applications, and practiced for interviews. The applications quickly became a group effort, as the two agreed to only attend medical schools where both were accepted.

“We applied everywhere together,” Kotliar said. “We got into Cornell, Stanford, Harvard, and Yale.”

The application process also had added perks, as the two used medical school interviews as excuses for weekend getaways. But their most romantic vacation was a week-long trip to Paris during spring break of their freshman year.

On one afternoon, the two were separated on the platform of the Paris metro, when only Kotliar successfully caught the train. When he took the train one stop, reversed direction, and returned to the platform, Chen had disappeared.

Knowing that Chen doesn’t speak French, Kotliar desperately found the metro manager—after riding the subway to the end of the line—and begged to make an announcement in English over all the metro speakers.

Although thousands of Parisians heard Kotliar’s announcement, Chen did not—she had already returned to their apartment.

In September, the two will settle down in an apartment in Boston and begin medical school.

Finally, they can look forward to studying together without the need for Skype.