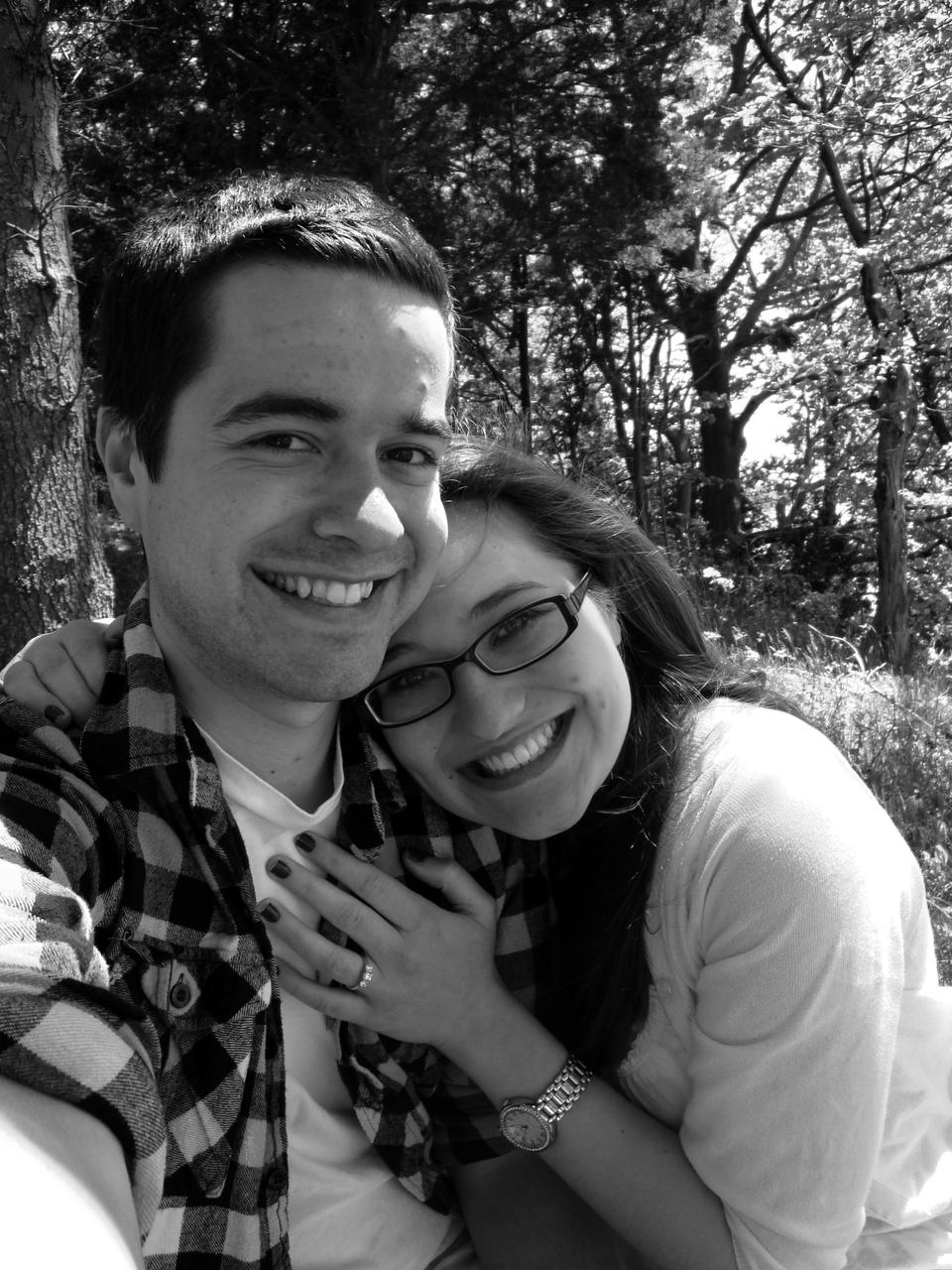 Chelsea D. Barry ’12 and Tyler B. Runge ’12 can thank a number of chance encounters during freshman year for a four-year relationship that culminated in their engagement just over a week ago.

On move-in day, they took their Harvard ID photos next to each other in Boylston Hall. That night, they met again in the Science Center after a power outage in Harvard Yard forced all freshmen from their dorms. Later, they were assigned to the same Expos class, Faith and Doubt.

But first and foremost, they may owe it to Facebook.

“It’s slightly embarrassing—technically we met on Facebook,” Runge said. “We were both members of the Harvard 2012 group we all joined before freshman year. I had gone through and randomly friended a bunch of people and she happened to be one of them. We just started talking online.”

Barry, a mathematics concentrator from Plymouth, Mass., and Runge, a social studies concentrator from Orange County, Calif., had many differences, but during the first weeks of freshman year they were drawn together. They began dating in October 2008 and their academic interests have continued to complement each other over the last four years.

“We both love learning and we love being students,” Barry said. “It’s been cool being in a relationship with someone who’s so passionate about learning and about what we each have been working on.”

Each will continue learning next year, as Barry moves on to the Harvard Graduate School of Education and Runge to Harvard Law School.

“It’s really, really great the way it worked out,” Barry said. “Harvard [graduate school] independently ended up being the best choice for both of us.”

But that first year as Harvard undergraduates continues to resonate with the couple.

When he proposed to Barry at the beginning of Senior Week, Runge invoked their freshman relationship. He returned to Barry a book of short stories, entitled “50 Things that Matter,” that she had given him as a Valentine’s Day gift in 2009. In the margins, Barry had added handwritten notes that described how each of the 50 topics applied to their own relationship.

“There was a short story about courage, and what he wrote about that one was he had needed courage to ask me out at the beginning of freshman year,” Barry said.

But, the story said, he found he didn’t need the courage to ask her to marry him.

“He hands me the book, gets down one knee, and gets out the ring,” said Barry. “On the very next page it said in huge letters, ‘Will you marry me?’”