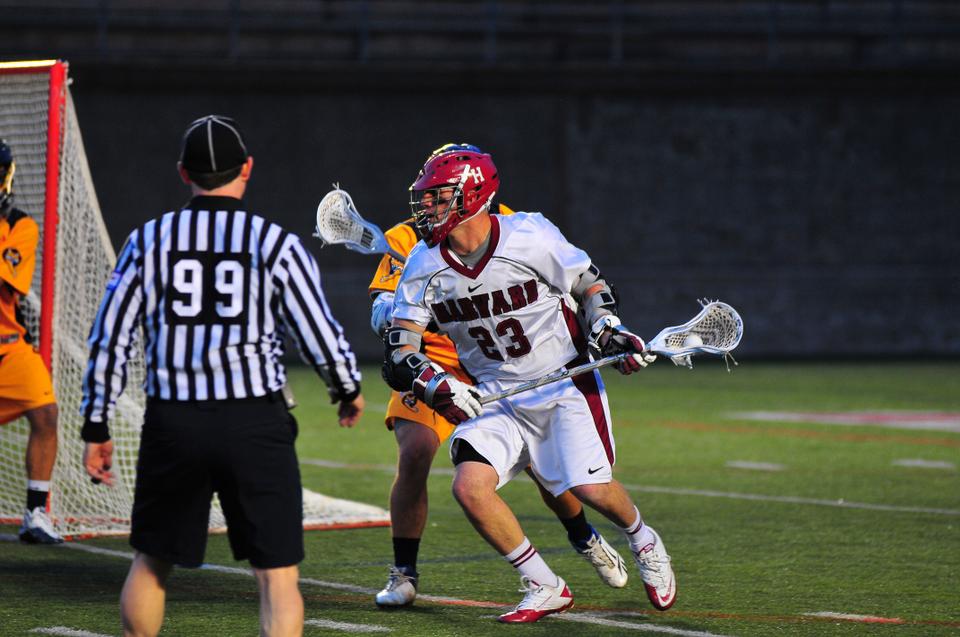 Few Harvard athletic careers culminate with the accolades enjoyed in the past season by the men’s lacrosse team’s Jeff Cohen. The attackman from Syosset, N.Y., scored 48 goals in his senior campaign, the seventh-best single-season mark in Crimson history, en route to claiming the all-time lead in career goals for Harvard. He finishes his career with 142 goals, and this season he ranked as the nation’s second-leading scorer at just under 3.5 goals per game.

“[The record] is something I’m incredibly proud of,” Cohen says, “but you don’t accomplish something like that without a ton of people helping you along the way.”

It is difficult to overstate Cohen’s offensive prowess this season. Only four times in his team’s 14 games did he fail to record at least a hat trick. He scored five goals or more on five separate occasions, including a streak of three consecutive five- goal games early in the year against Duke, Brown, and Dartmouth. Two games later, he scored a season-best seven goals in an 11-7 win over Michigan.

Many of his goals came in big moments as well. Trailing by two goals in the fourth quarter of Harvard’s Ivy League opener against Brown, Cohen scored three straight goals to force sudden-death overtime, where he proceeded to win the game with his fifth and most thrilling goal of the night.

In the Crimson’s must-win season finale, Cohen brought Harvard even and then put the team one goal ahead with consecutive third-quarter goals.

Later in the fourth quarter, with his team trailing by two goals, Cohen cut the deficit to one. But unfortunately for Cohen and the Crimson, the equalizer was nowhere to be found.

Cohen’s big season comes as little surprise to anybody who has been following Harvard lacrosse in recent years. Cohen has led the team in scoring every year since he arrived on campus as a freshman and scored 34 goals. He followed that up with 29 and 31 goals in his sophomore and junior seasons, respectively, before exploding for 48 goals in 2012.

Cohen was named to InsideLacrosse.com’s Midseason All-America Second Team earlier this year and was recently named to the All-Ivy First Team along with teammate and tri-captain Kevin Vaughan.

The government concentrator, whose older brothers Steve and Greg also played lacrosse for Harvard, will leave open the possibility of playing professional lacrosse but in the interim plans to move to New York to work in finance.