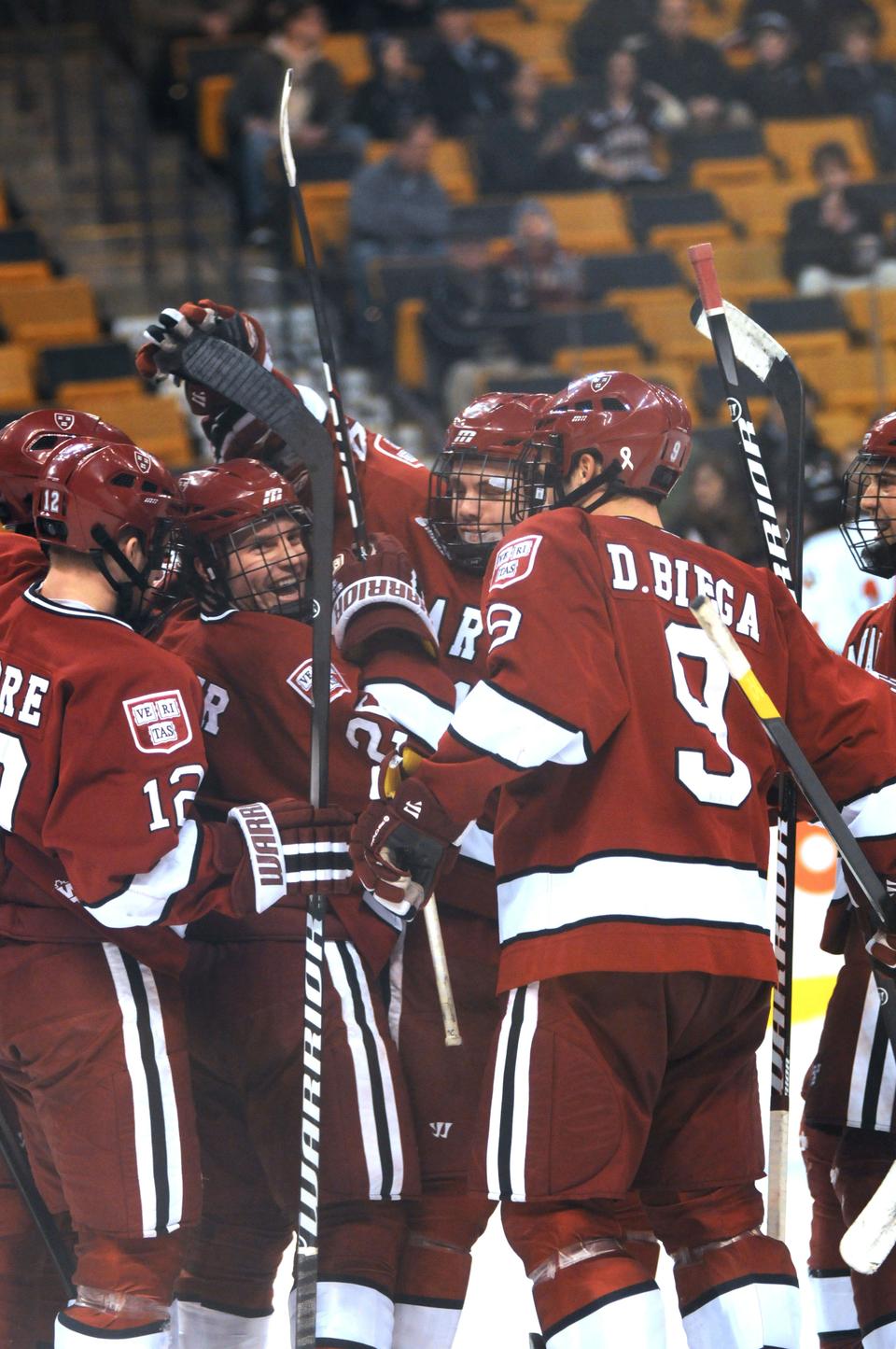 After a string of disappointing seasons, the Harvard men’s hockey team was picked to finish last in the ECAC in one preseason poll. But the Crimson surpassed all expectations this season, ultimately earning a top-25 national ranking and a spot in the ECAC championship.
By Robert S Samuels, Crimson Staff Writer

Coming into the 2011-12 season, the expectations couldn’t have been much lower for the Harvard men’s hockey team.

Pegged to finish seventh in the 12-team ECAC in one poll and dead last in another, the Crimson, it seemed, had been written off before the puck was dropped in the year’s first contest.

Instead, Harvard finished one win away from an ECAC championship.

After fighting through an injury-filled regular season, when the team set the NCAA record for most ties in a single season while simultaneously boasting the nation’s top power play, the Crimson finished third in the conference and earned a first-round bye.

“I think the ties actually say a lot about the team,” junior defenseman Danny Biega says. “We always found a way to come close and do what we had to do to stick with any team in the league.”

After the team’s bye, the Crimson quickly found itself on the brink of elimination after falling to Yale, 2-1, in Game 1 of the three-game quarterfinals series.

After taking Game 2 in double overtime, 4-3, Harvard cruised to back-to-back wins over the Bulldogs in Game 3 and Cornell in the semifinals, beating its two fiercest rivals by a combined score of 14-3 to advance to the ECAC Championship final for the first time since 2008.

In the process, the team earned a top-25 national ranking.

“Really, towards the end of the year, we started stringing together wins because we got more confident and players started feeling more comfortable,” Biega says. “With wins comes more confidence, and I think those two are definitely correlated.”

But the magic ran out there. A tough Union squad proved too much for the Crimson in a 3-1 loss, ending Harvard’s hopes of an NCAA berth.

But perhaps no one played a more important role in the team’s late-season run than sophomore Raphael Girard, who replaced freshman netminder Steve Michalek between the pipes near the season’s end. The sophomore’s defining performance of the year came in the second playoff game against Yale, when he stopped 48 of 51 shots to keep the team’s season alive.

“The play of Raphael Girard at the end of the season gave us some outstanding goaltending and gave the team another level of confidence,” Harvard coach Ted Donato ’91 says.

Thanks in part to the play of Girard, Biega, and Killorn, the Crimson defied preseason expectations, both with its bold run through the playoffs and by becoming the first Harvard team in four years that finished with more wins than losses. In doing so, the Crimson may have shut the book on a series of painful and underperforming seasons and officially turned the corner.