Things Go Clunk in the “Night” 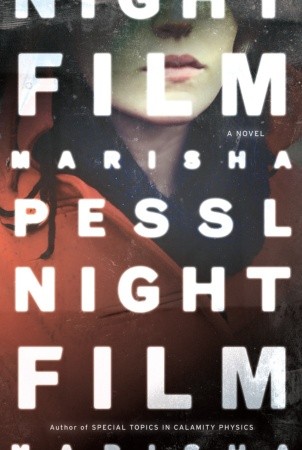 Do misbegotten metaphors make your hair stand on end? Are awkward sentences the stuff of your nightmares? Do you find unnecessary italics distracting? If so, Marisha Pessl’s new novel, “Night Film,” is not for you. The majority of this novel’s 587 pages brim with writing that is unabashedly bad. But in an unexpected and frankly perplexing twist, Pessl pairs shoddy prose with a hugely inventive plot, intriguing characters, and material that is downright fascinating. It’s a case of missing the trees for the forest: the question is not whether “Night Film” is a technically good book (it’s not), but whether you are willing to chuck your binoculars, step back, and enjoy the poorly constructed yet captivating spectacle.

Pessl’s chief achievement is her tortuous plot. Ashley Cordova, the 24-year-old daughter of legendary horror film director Stanislas Cordova, turns up dead in an abandoned warehouse. The incident is quickly ruled a suicide, but journalist Scott McGrath, whose previous attempt to expose Cordova as criminal has landed him in disgrace, decides to investigate. He quickly picks up a pair of sidekicks: Nora, a 19-year-old aspiring actress, and Hopper, a smoldering, 20-something drug dealer. Their quest to uncover the truth behind Ashley’s death takes them to a series of bizarre locales that includes a psychedelic Long Island drag club, the backroom of a “Witchcraft and Goddess Supply Store” called Enchantments, the mold and fan letter-infested penthouse of a washed-up actress, and finally to The Peak: Cordova’s terrifying estate in Upstate New York, dotted with secret tunnels, preserved sound stages, and the paraphernalia of backwoods pagan worship.

It’s nutty, mesmerizing material, and in spite of the novel’s considerable length, Pessl’s pacing is positively chipper. Readers are given little time to ruminate on the lunacy that has attended one investigative outing before a hairpin turn whisks them away to the next. There are, consequently, a lot of threads twisting their way through this book, but Pessl staves off impatience to arrive at answers by making the particulars of her mystery interesting unto themselves. Whether McGrath and Co. are soliciting advice from a witch doctor in Enchantments, or getting a lesson in Japanese mythology from a hulking tattoo artist, Pessl makes it clear that she did her research, dishing out a host of arcane, often frightening factoids. At Enchantments, witch doctor Cleo describes a substance called “goofer dust” as follows: “The H-bomb of spell materials…It comes from the Congo, the word kufwa, which means to die. The powder’s usually a yellowish color, but you mix in the graveyard dirt so it’s dark and can’t be spotted.” It’s the kind of trivia that’s bizarre enough to distract your attention from the fact that, close to 300 pages in, a conclusion regarding the mystery of Ashley’s death is nowhere in sight.

If only Pessl had seen fit to relay this information in the third person, rather than place Mr. McGrath at the helm. In spite of the best-sellers and writerly accolades Pessl plants in his home office, Scott McGrath seems to come from the same school of journalism as the fellow who covered the sinking of the Lusitania. His prose is characterized by facile one-liners, unimaginative descriptions, dubious metaphors, and italics galore. The character himself is not unlikeable. Droll and brooding, yet good with a capital G, McGrath has all the makings of a classic pulp hero. He just happens to be a terrible writer. Recounting his ruination at the hand of Cordova, McGrath would be hard-pressed to find a more hackneyed analogy: “I was down, knocked out, the fight over, a winner declared—before I’d even stepped fully into the ring.”

It is perhaps in order to compensate for McGrath’s inability to hold our attention via innovative prose that Pessl spangles “Night Film” with italics. Caught in a mildly frustrating situation, he whines, “Jesus Christ. Sartre really wasn’t kidding when he said Hell is other people.” Inveigled in a genuinely interesting situation, he reflects, “It was stupefying—not just that Hopper had broken in, but he was now trapped inside a personal residence of Cordova’s.” This is indeed an intriguing prospect, but McGrath’s compulsion to beat his reader over the head with just how intriguing is tiresome, and vaguely patronizing. A nadir of ludicrousness is achieved when Pessl attempts to utilize McGrath’s favorite heuristic in company with foreign words: “Ashley said she was inconosciente. Unconscious. But not from drugs. She called her una mujer de las sombras…No clue what that meant.” Was Ashley inconosciente, or merely “inconosciente”? The world may never know.

Groan-worthy moments also abound when McGrath delivers summaries of Cordova’s films. Usually, the substance of what McGrath is saying distracts from how dreadfully he is saying it, but Pessl appears to have something of a block when it comes to dreaming up fictional horror stories. Cordova is supposed to make Hitchcock look like Walt Disney, but the synopses Pessl offers up are laughably unpromising. In “Wait For Me Here,” the killer totes around an impenetrable box containing “the thing that had destroyed him as a child.” “Thumbscrew” revolves around one woman’s quest to ascertain the contents of her husband’s briefcase.

Pessl’s stellar plot is almost enough to make your forgive all this. And yet, like an amusement park built on quicksand, “Night Film” is doomed to fail by its foundation. Pessl weaves heavy themes through this novel. It is meant to evoke contemplation of the nature of evil, and the shadowy nature of the line that separates an artist from his art. But 600 pages with Scott McGrath are more likely leave you pondering whether a narrator with a taste for sensationalism is an acceptable excuse for bad writing (short answer: no). This is the rare book that fails expressly because it is a book—if “Night Film” were actually a film, it would be fantastic. Take that as a cue and wait for the movie.

—Staff writer Emma R. Adler can be reached at emma.adler@thecrimson.com.