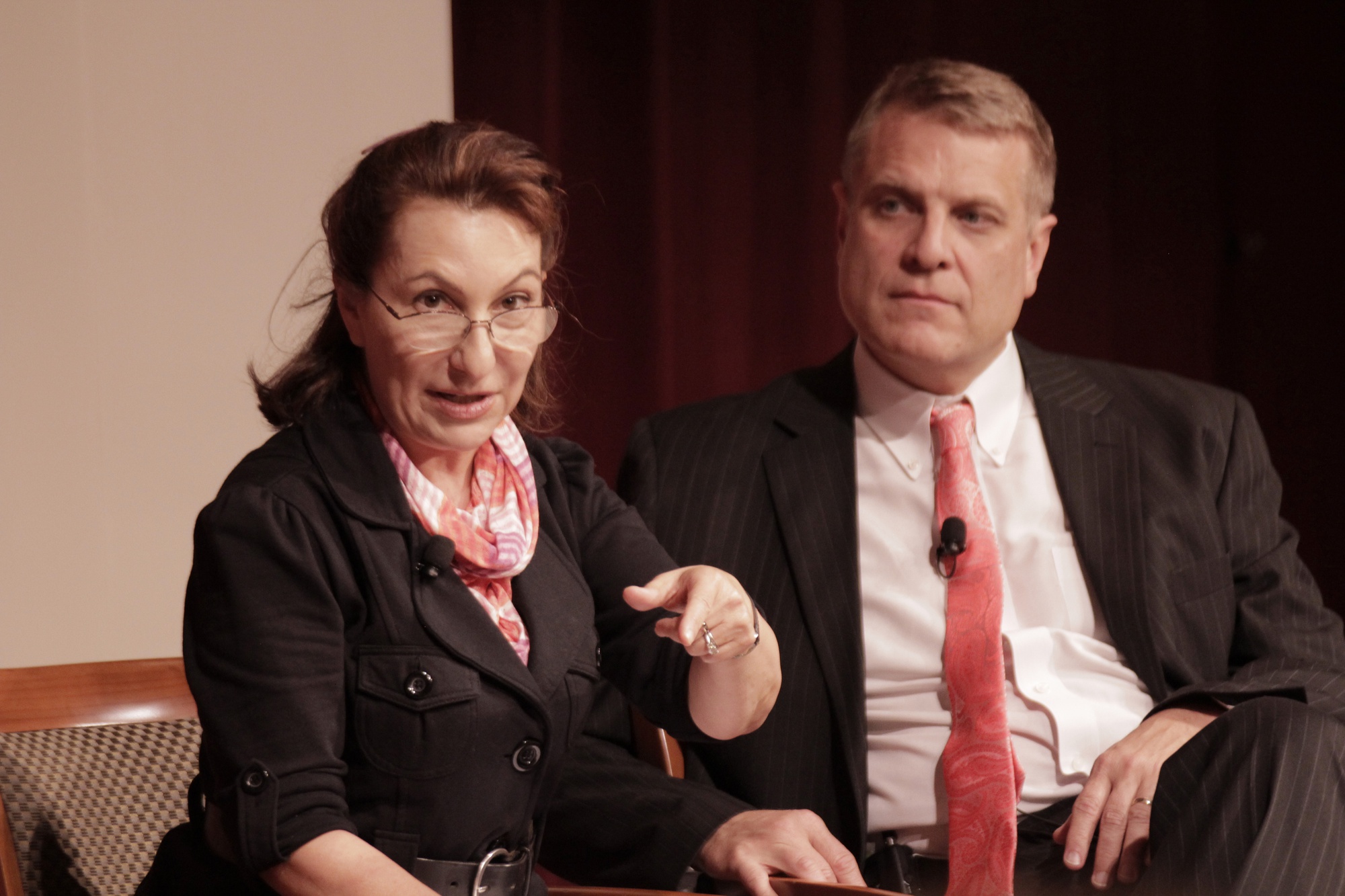 Secretary of Agriculture Tom Vilsack had been scheduled to give a public address at the John F. Kennedy Jr. Forum on Wednesday evening. But when a federal budgetary impasse brought parts of the government machinery to a halt this week, Vilsack’s speaking appearance at Harvard was cancelled.

In Vilsack’s absence, a panel of experts gathered to discuss the government shutdown that sidelined the Institute of Politics’ designated speaker of the night.

Panelists Joe Klein of Time Magazine and Linda J. Bilmes ’80 and David King, both public policy lecturers at the Harvard Kennedy School, along with the event moderator, former Washington Post national political editor Maralee Schwartz, discussed the short-term future of the government gridlock, as well as the underlying issues that contributed to the shutdown.

The shutdown, which has suspended non-essential federal programs and services, follows a week of unsuccessful demands from congressional Republicans to tie the passage of the federal budget to the delayed implementation of the Affordable Care Act. Thus far, Democrats, including President Obama, have refused to yield to Republican demands regarding the now-enacted healthcare law, and the budget remains unapproved.

The debate over the Affordable Care Act, King said, is “about a fundamental view of what the government should or shouldn’t be doing.”

While supporters praise the law’s vast expansion of health care coverage, many congressional Republicans say that such sweeping legislation is beyond federal bounds, calling the law an overstep of government power. Because the debate is so deeply ideological, King said, Republicans are less inclined to negotiate and see no reason to bargain as they might if the issue were merely fiscal.

King said he did not expect any solution to materialize until the middle of next week, when the debt ceiling must be discussed.

“Congress is governing from crisis to crisis,” Bilmes said, alluding to regular disputes over budgetary and debt-related issues.

Fallout from these frequent disagreements is exacerbated, Klein said, when issues are being debated by Congress members who are pledged to the Tea Party, which he said has adopted confrontational political tactics.

King likewise laid blame on Congress’s Tea Party affiliates, who he said compose 27 percent of the House of Representatives. He added that their strong presence has pushed Republican House Speaker John Boehner to turn to “pandering” tactics to preserve his political position.

Panelists also said that partisan politics have been aggravated by gerrymandering, the strategy of mapping congressional districts along party lines. Klein pointed to the example of redistricting in the early 1990s in Atlanta, where he said that once-politically diverse districts were polarized. Some became suburban, white, and conservative, and others became urban, black, and liberal, he said.

According to Klein, this has given rise to a new breed of Congress members who can survive politically without appealing to broader bases of constituents and can instead represent more extreme opinions.

“I hold [the Obama administration] accountable for inability to message,” she said, arguing that the the Affordable Care Act was poorly marketed by its champions. In turn, Schwartz said, Republicans were quick to counter-market what they called “Obamacare” using scare tactics.

For her part, Bilmes, a public budget expert, laid blame on the government’s “stone-aged” budgeting process, which she said was wasteful and inefficient.

“[There is] spending going under the table through the tax-credit system,” Bilmes said, attributing the problem to Congress’s propensity to avoid spending increases.

She also argued that the system of annual re-allocation was unnecessary and that less frequent budgeting was more preferable.

The caption of the photo accompanying this article has been revised to reflect the following correction:

An earlier version of the caption of the photo accompanying this article incorrectly identified an event panelist as a moderator. In fact, the speaker on the left is Kennedy School lecturer Linda J. Bilmes ’80, not former Washington Post national political editor Maralee Schwartz.