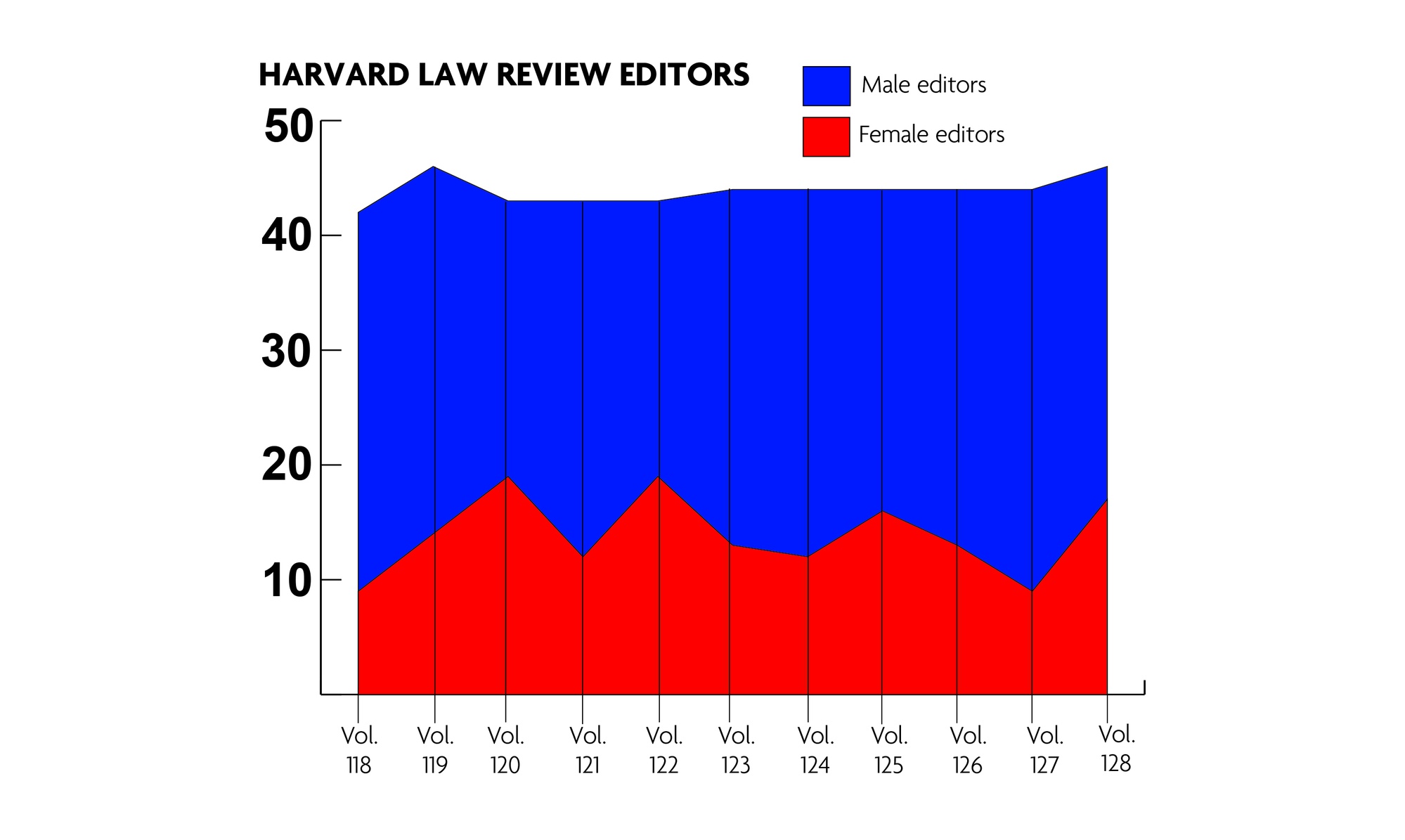 In addition to expanding the size of the board to 46 editors, the Law Review instituted a new gender component to its affirmative action policy. The newest board has more female editors than any volume since volume 122 in 2007.
By Dev A. Patel, Crimson Staff Writer

In the first cycle since the Harvard Law Review incorporated gender-based affirmative action into its admissions process, 17 out of 46 editors are women, nearly double last year’s 9 female members of 44 overall.

The 128th volume boasts more women on its staff than any board since volume 122 was selected in 2007.

In the admissions process, interested candidates participate in a writing competition consisting of a ‘subcite’ component, which involves correcting errors in a short written piece and a commentary section in which applicants report and analyze a recent case before the United States Supreme Court. This week-long process takes place after the completion of first-year final exams in the spring semester.

This year, the Law Review received 267 applicants, a “somewhat higher” number than past years, according to President Gillian S. Grossman ’10, a third-year student at the Law School.

Ten newly selected editors underwent the Law Review’s updated discretionary process. These ten spots are filled based on the review of a discretionary committee that assesses applicants’ grades, writing test scores, race, physical disabilities, and for the first time ever this year, gender.

The policy change, which was instituted in January, is intended to “enhance the diversity of the editorial body,” Grossman told The Crimson at the time.

Grossman declined to comment on whether the shift in the admissions process was a success. However, it is unclear whether the increase in female editors is due to the new affirmative action policy or if more women were selected by chance using the gender-blind processes.

This change comes amid increased activism at the Law School over the place of women. A newly established organization called “Shatter the Ceiling” has raised issues with the number of female faculty, women’s participation in the classroom, and female representation in organizations such as the Law Review that impact job prospects after graduation.

A second major initiative, an expansion of the Law Review’s membership from 44 to 46 editors, was approved concurrently by second-year editors last winter alongside the expansion of the journal’s affirmative action policy. For the most recently selected volume, two editors who had been admitted in previous cycles deferred due to their enrollment in joint-degree programs.

In addition to publishing the Law Review, the new volume will be involved in redesigning the journal’s website which Grossman hopes to launch by February 2014.