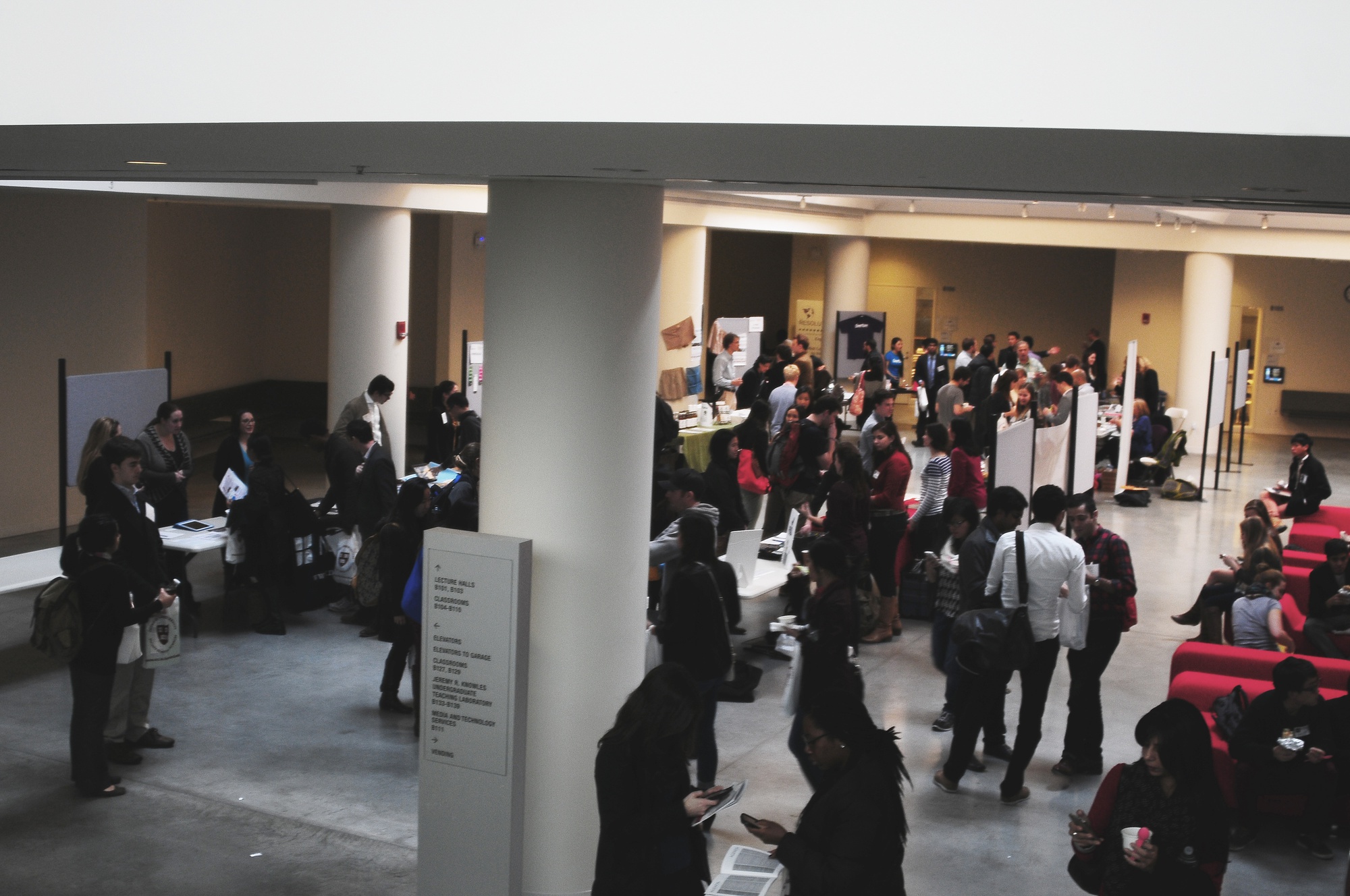 Social entrepreneurs, Harvard affiliates, and students from across the United States convened in Northwest Labs on Saturday for the Igniting Innovation Summit, a conference meant to spark student interest in social entrepreneurship through a series of events.

Hosted by the student group Harvard College Social Innovation Collaborative, the conference sold out for the first time since its inception four years ago.

Nishin Nathwani ’15, director of the summit, said he thought the large crowd reflects a growing interest in social enterprise on campus, as well as the rise in prominence of social ventures nationwide.

“Social innovation at its core is finding new ways to address old social and environmental issues,” Nathwani said. “It’s about the theory of change that underlies your enterprise.”

Speakers, who were social innovators in fields ranging from health to finance to green energy, exposed participants throughout the day to a diverse array of social ventures and visions for impacting change through a series of talks and panels. Many also spoke about their unlikely trajectory to a career as a social entrepreneur.

Tracy P. Palandjian ’93, CEO and co-founder of Social Finance US and a keynote speaker at the conference, said she decided to dive into social impact financing after years working in traditional finance and consulting firms.

“I asked for the very first time the very important question: What are my values? What is education for? Am I ready to take the path less traveled?” she said.

Andrew Yang, CEO and founder of Venture for America, discussed his own switch from a traditional career path to social entrepreneurship during a TED-style talk in the morning. Yang said he thinks most new graduates lack exposure to fields beyond law, medicine, finance, and consulting.

Once a corporate lawyer, he now runs a company that matches accepted fellows with start-ups, in order give new graduates exposure to careers in social entrepreneurship and the skillset to start their own company.

In addition to hosting events aimed at educating participants about social innovation, the conference’s organizers ran workshops on key entrepreneurial skills such as public speaking and funding. An innovation showcase at lunch allowed participants to visit the booths of various social enterprises, many of which offer internships and volunteer positions to undergraduates.

Nathwani said that in an effort to inspire attendees, the conference also hosted for the first time the finals of the Social Venture Challenge—a four-tiered competition meant to encourage participants to brainstorm and implement solutions to social issues worldwide. On Saturday evening the winning undergraduates were awarded mentorship and seed funding to implement their ideas.

Kushal Choxi, a junior from the University of Maryland, said that although he started his own nonprofit in high school, he was “blown away” by the speakers at the summit.

“They really developed my thinking on the ideas of social entrepreneurship,” he said.