Baseball Looks Towards Future, Not Past, At Season Opener 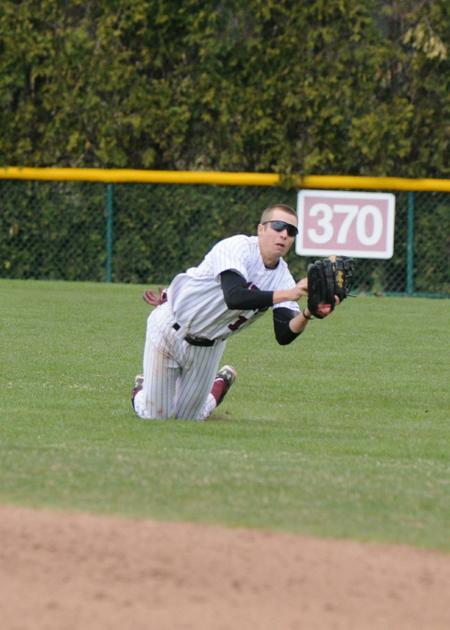 Sophomore outfielder Mike Martin led the Crimson with 12 steals and 26 runs and tied for the team lead with three home runs in 2012.
By Scott A. Sherman, Crimson Staff Writer

2012 was not an easy year for the Harvard baseball program.

The team went just 12-30 during the regular season, finishing second-to-last in the Ivy League.

On July 31, Joe Walsh, who had coached the Crimson for the previous 17 seasons, passed away from a heart attack in his New Hampshire home, leaving the community in mourning.

And now, three of Harvard’s four top hitters from a year ago—junior shortstop Jake McGuiggan, senior second baseman Kyle Larrow, and junior outfielder Jack Colton—are no longer on this year’s roster. Their departure has cost the squad a pair of All-Ivy standouts in the former two players—who respectively hit a team-high .352 and .350 last season—while Colton was second on the team with 49 hits.

The other of those top four hitters and the Crimson’s only first-team All-Ivy recipient, senior infielder Jeff Reynolds, graduated and was drafted into the New York Mets organization.  Also absent from this season’s squad is junior Steven Dill, who had the fourth-most at bats for Harvard last year.

On the pitching side, things are not much better. The team’s 2012 appearances leader, junior Zack Olson, is no longer on the roster, nor is classmate Joey Novak, who was second in innings pitched and games started a year ago. Senior starter Brent Suter graduated and was drafted by the Milwaukee Brewers, while sophomore captain Andrew Ferreira left the squad after being selected by and signing with the Minnesota Twins.

“It’s been a rough year for us,” senior Robert Wineski said. “[But] the team has really responded well. I think it really brought us closer together. It’s a very tight-knit group this year, more than any other team since I’ve been here. We’ve got [26] guys and we’re all pulling on the same rope.”

Indeed, 2013 marks a fresh start for a squad whose makeup is very different than that of its predecessors.

“The team is very excited,” junior infielder Carlton Bailey said. “We have a lot of new guys [and] talent, and with a new coaching staff, we’re really excited to see what we’re capable of.”

The changes start at the top, where Bill Decker takes over the program following 22 seasons at the helm of Trinity.

It will undoubtedly be a challenge for Decker to win in his first season at the Division I level, as his roster features just three seniors and 10 freshmen amongst its 26 players.

But Bailey said that since taking over, the new manager—who won a Division III National Championship with the Bantams in 2008—has instilled a work ethic that the Crimson did not previously have.

“We’re held accountable for what we do at a higher level,” Bailey said. “Coach Walsh was great. He was a great guy [and] all of us loved him, but Coach Decker reestablished a disciplinary code that all of us hold ourselves to.”

That code will be tested by a daunting non-conference schedule that kicks off this weekend against Bucknell and No. 22 Virginia, the latter of which has started its season 7-0. The calendar also features non-conference games against Ohio State, No. 12 Rice, and Houston, among other opponents, before Harvard moves into league play.

“All it does is help us, coming into Ivies, that we’ve seen top-caliber Division I teams,” Bailey said. “It really prepares us for [conference play].”

On the mound, sophomore Baron Davis—third on the squad with 13 appearances in 2012—and senior Matt Doyle, second on the team with 14 games pitched last year, registered respective ERAs of 3.14 and 3.57.

The Crimson is thus focused on looking towards the future and the players it now has, rather than the past and the ones it has lost.

“Yes, we miss those guys, but at the same time we have to do our own thing with what we have, and we all think that what we have is definitely strong enough to win,” Bailey said.

“We’ve been working really hard in the bubble the last few weeks,” Wineski added. “We have a great chance to be very successful this year, and the team’s very excited. We’re just ready to go outside and play baseball.”

The Class of 2016 is expected to make an immediate impact as well.

“Since we don’t have the numbers we usually have, they can’t sit back and develop for a few years,” Wineski said. “They’re all going to get a lot of playing time.”

The new talent and the unity that has grown out of the past year’s adversity has led Harvard to believe it can compete in 2013, despite the losses it has endured.

“People are writing us off,” Wineski said. “But we’re going to surprise people.”