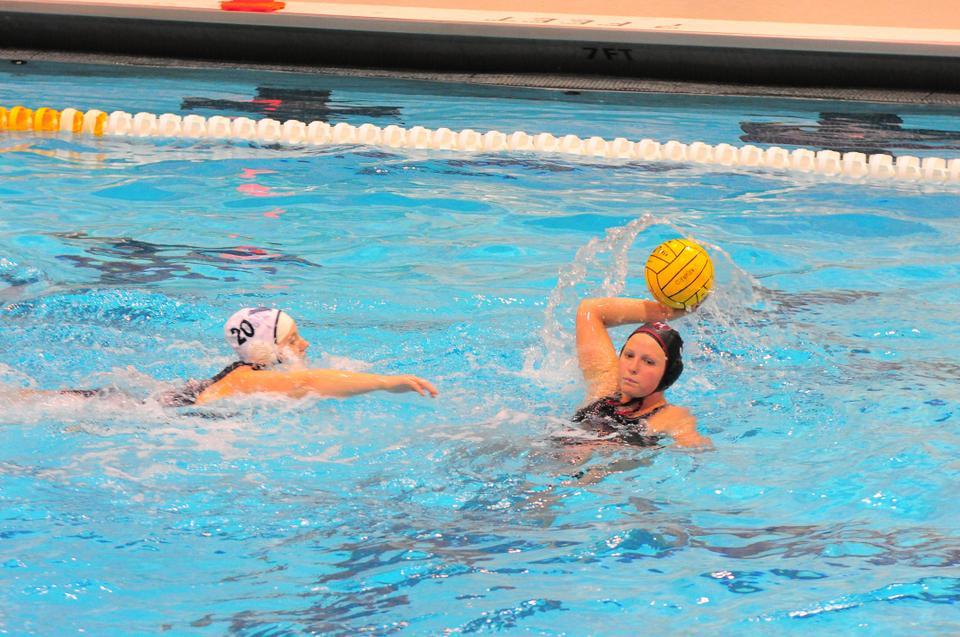 Competing at the Collegiate Water Polo Association Eastern Tournament in Ann Arbor, Mich., the Harvard women’s water polo team entered seeded sixth and finished in the same spot after going 2-2 on the weekend.

After defeating Notre Dame (Ohio) in the first matchup, the Crimson (18-16, 3-3 CWPA) was eliminated from title contention by third-seeded Hartwick. Harvard played two consolation games in the next two days, winning one and losing the next to secure a sixth-place finish.

Princeton emerged victorious out of the field of 12 to lock up a berth in the NCAA Championships.

The split marked the end of Harvard’s season as the team finished two games over .500 and amassed the highest win total in Harvard coach Ted Minnis’s three years with the team. The Crimson will lose co-captains Aisha Price and Elise Molnar to graduation.

“I can’t say enough about this group of girls, from top to bottom, from the seniors down to the freshmen,” Minnis said. “It’s probably the closest team I’ve ever coached in my twenty-odd years of coaching.”

In the fifth-place game, Brown (18-20) outscored Harvard in each period to win by nine goals, handing the Crimson its third loss of the year against the Bears.

While Brown never had a dominant period, it outscored Harvard by one in the first period and three in the second to build a four-goal lead entering halftime. Five Brown tallies in the third quarter put the Crimson in a seven-goal hole from which it would never recover.

Junior Shayna Price led the team with four goals. Her sister, Aisha Price, found the back of the net once in her final collegiate game.

“It’s hard to lose to Brown for the third time this season,” Aisha Price said. “But each year goes onto the next and I know the team will come back stronger next year.”

The Crimson notched an 11-9 victory over the Colonials (16-17) in its only game on the second day of play by outlasting them in the closing minutes.

Harvard found itself up seven goals with just fewer than seven minutes remaining in the game, but GW went on a scoring spree, adding five consecutive tallies to cut the margin to two. Luckily for the Crimson, the clock ran out on the game and the earlier insurance goals came in handy.

Aisha Price posted a team-high four goals in the game. Sophomore Ariel Dukes made a number of big saves in net to total 14 on the game and preserve the lead for Harvard.

The Crimson slowly built up a lead over the first three periods of play. Up one goal after the first quarter, the Crimson outscored the Colonials by two and three goals, respectively, in the next two periods to build a lead of six entering the fourth period and notch the team’s third win of the season against GW.

After winning its first game of the tournament, the Crimson could not keep pace with third-seeded Hartwick (29-12) and fell by a decisive score of 20-6.

The Hawks produced consistently throughout the contest, and Harvard found itself down, 10-3, entering halftime. The second half proceeded in the same manner as the first, and both teams scored the same number of goals as they did in the first half to seal the loss for the Crimson.

Sophomore Kalina Grabb was the only player to tally multiple goals in the defeat, which eliminated the Crimson from the possibility of an NCAA tournament berth. Dukes contributed a team-high four steals and four saves in net.

The Crimson got off to a fast start in its first game of the tournament, defeating the Falcons (6-16) by an 11-goal margin.

A strong defensive effort from Harvard carried the team to victory. Five different players registered three steals in the game and the four goals allowed represented the team’s second best performance on the year.

Harvard’s defense and offense both shone in the first half, and the team entered the locker room up, 9-1, buoyed by seven goals in the first period. A five-goal fourth quarter put the game away for the Crimson.

“I think we had a great season,” Minnis said. “I definitely feel like it was a great year regardless that we didn’t get the NCAA bid.”