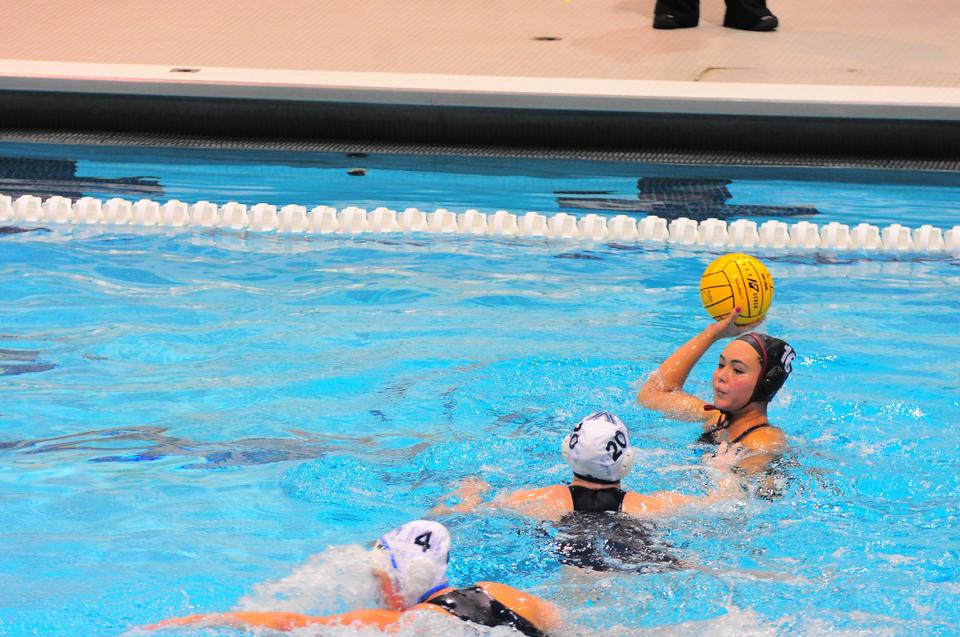 Over the course of a single season, the Harvard women’s water polo team took on some of the best competition in the nation, finished above .500 for just the second time in eight years, and placed sixth out of 12 teams in the CWPA Eastern Championship.

All 10 players on the roster played significant minutes throughout the year, and the Crimson’s 18 wins were its most since 2005.

“I think we had a really great season, and this is one of the [most fun] teams I’ve ever been on,” junior attacker Shayna Price said. “Everyone was so close this year, and with 10 girls playing, it was like playing with your best friends every day, and it was so much fun. There was a lot of heart and love in this season.”

The team played its best water polo of the year in the weeks spanning from late February to early March when the Crimson won eight straight games to improve its record to 13-4. The streak was Harvard’s longest since 2000.

The most exciting game within that stretch was the seventh win, which came against Santa Clara. The Crimson scored three goals in the fourth period and sophomore goalie Ariel Dukes came up with two saves in the final minute of play to secure the victory.

Harvard’s season included a trip to California during spring break that saw the Crimson take on some of the top competition from around the nation, including No. 18 UC Davis, No. 2 Stanford, and No. 5 California. The team posted a 3-5 record on the week.

At times, the Crimson offense seemed to have no trouble putting points on the board. It scored more than 17 goals five times this year, and its largest margin of victory was 15 in a win over Villanova in early February.

Against tougher competition in California, goals were harder to come by. In each of the last five games of its trip west, Harvard was held to fewer than 10 goals in five straight losses.

“We got to learn a lot from these bigger teams who we never really play,” sophomore attacker Victoria Frager said. “They have a lot of skill, and we don’t always see such stacked teams. It was good to go in and realize that we needed to play all four quarters and attack it all the time.”

Harvard’s final tournament of the season took place in Ann Arbor, Mich., at the CWPA Eastern Championships. The Crimson finished sixth for the third time in program history.

“I was concerned when the season started that everyone was [not] going to be able to play,” Harvard coach Ted Minnis said. “But they came every day, worked their butts off, and worked for themselves and worked for the program, so I was very, very happy with this group.”

“Aisha’s done a great job this year cwpa us,” Minnis said. “She started the last three years for me. She’s very athletic; she does a very good job swimming the pool. She’s very quick and explosive on the defensive end, and she shoots the ball really well. She’s done a really great job for us all year and has been a great leader.”

Dukes anchored the team all season in goal and racked up 246 saves.

Harvard had a relatively small team this season, and Minnis said that his players probably played more minutes than any other team in the country. With a roster of only 10 players, the Crimson relied on endurance and consistent production all year long.

“The biggest thing is that we have such a small team, and everyone needs to be accountable for how they play in the game, and to do that, we have to work hard in practices,” Aisha Price said. “It’s so nice to see how much everyone improves and rises to the opportunity.”