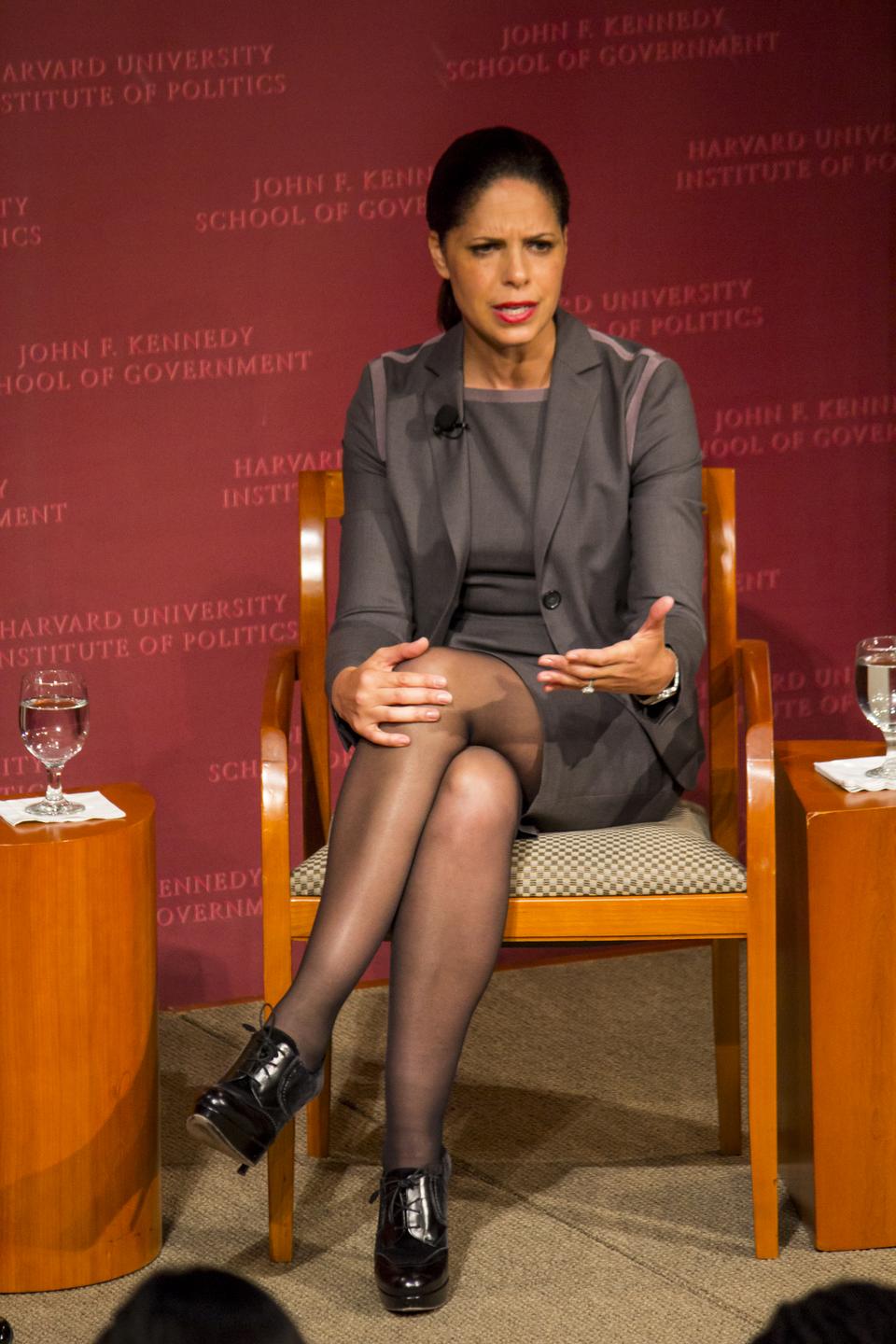 Broadcast journalist Soledad M. O’Brien ’88-’00 speaks at the Institute of Politics on May 4. O’Brien will deliver remarks as the Class Day speaker for the Class of 2013.
By Laya Anasu, Crimson Staff Writer

O’Brien, a former CNN anchor and Cabot House resident, will deliver remarks to the Class of 2013 in Tercentenary Theatre on May 29, the day before Commencement. She will headline the Class Day ceremony, which will also feature Harvard and Ivy orations delivered by four graduating seniors.

“We had the chance to speak over the weekend with Soledad and get to know her a bit, and she was just so fantastic,” Yancy said.

O’Brien has strong ties to the University. After coming to Harvard as an undergraduate, she took time off during her senior year in 1988 before returning to school in 2000 to complete her degree. In the upcoming school year, O’Brien will be a Distinguished Visiting Fellow at Harvard’s Graduate School of Education.

“It’s awesome that she’s so personally connected to the Harvard community,” Second Class Marshall Scott Yim ’13 said. “We think that she’s going to give a message that will resonate with the rest of our class.”

Yancy and Yim said that O’Brien told them she never had the chance to experience Class Day for herself—and that as a result, this Class Day would be her own.

O’Brien, a former correspondent for CNN and NBC, is also known for her documentary “Black in America,” which was met with wide critical acclaim. She is currently producing documentaries through Starfish Media, her own production company.

Toobin, a former Crimson sports and editorial editor who graduated from Harvard Law in 1986, also served as editor of the Harvard Law Review. He is perhaps best known for his best-selling book “The Nine: Inside the Secret World of the Supreme Court.”

—Dev. A Patel contributed to the reporting of this article.