Despite Panelists' Insight, IOP Forum Audience Votes Against US Action in Syria 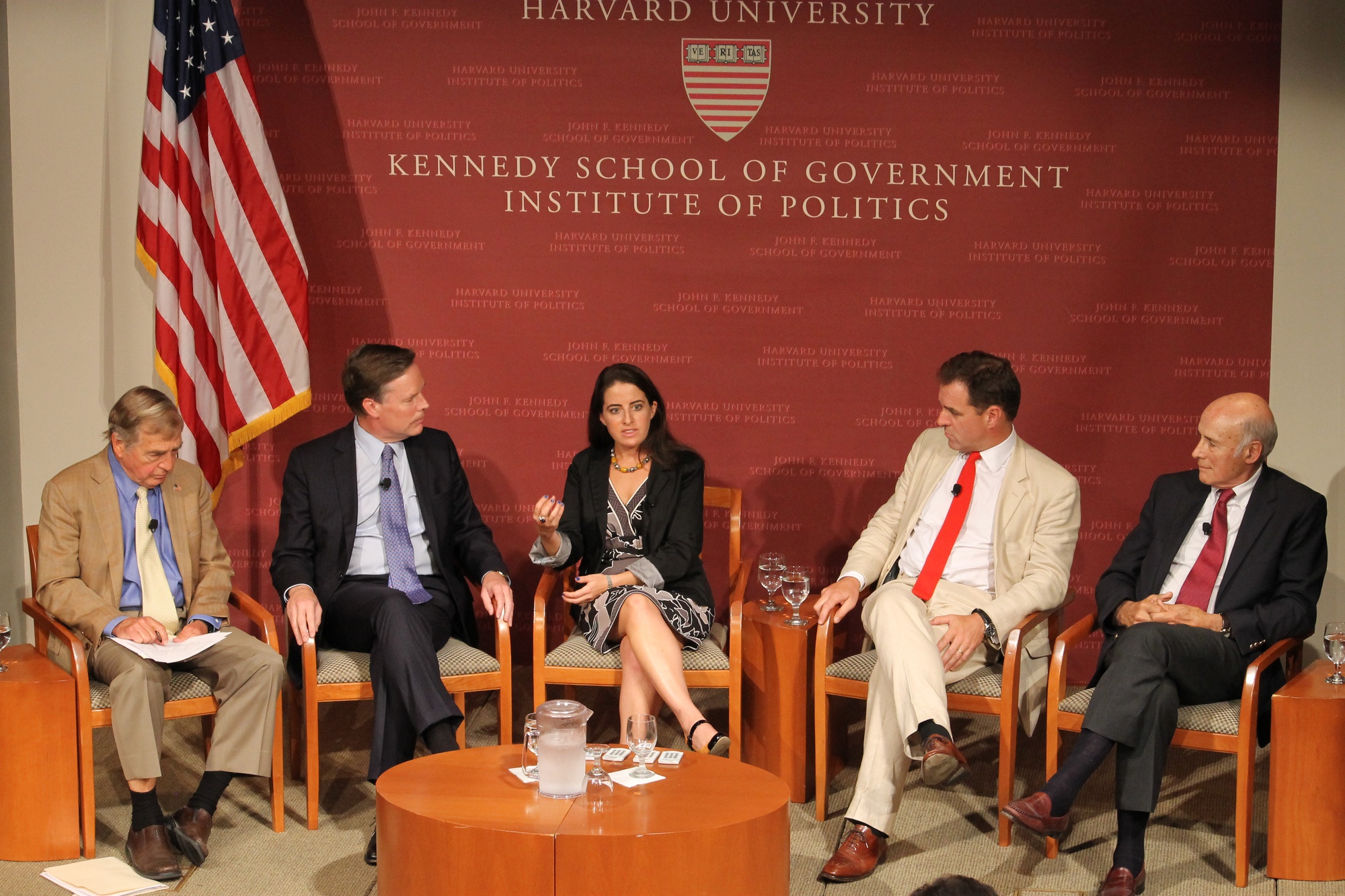 Marisa L. Porges, International Security Program Fellow at the Belfer Center for Science and International Affairs, speaks against attacking Syria during the IOP “Attacking Syria: Yes or No?” Forum on Wednesday. The forum encouraged audience participation through the use of twitter and electronic response cards.
By Steven R. Watros, Crimson Staff Writer

Fifty-five percent of an audience disagreed with President Barack Obama’s proposal to intervene militarily following the use of chemical weapons by the Syrian government after hearing a panel of experts discuss the proposal at the John F. Kennedy Jr. Forum Wednesday evening.

In late August, Obama asked Congress to authorize a limited air strike after it became clear that the Syrian government, led by President Bashar al-Assad, had used chemical weapons against civilians in the midst of a nearly two-year-long civil war.

Tuesday night, Obama then requested Congress to postpone their vote after Russian President Vladimir Putin said that his government would collect and destroy the Syrian government’s chemical arsenal. The panelists all expressed their disbelief that the Russian government would adequately eliminate the threat of chemical weapons.

A mock vote on the proposal now tabled before Congress was held at the end of the forum after attendees heard the opinions of international security program fellow Marisa L. Porges and Harvard faculty members R. Nicholas Burns, Niall Ferguson, and Joseph S. Nye Jr.

The forum also began with a vote as the event’s moderator, former Harvard Kennedy School Dean Graham T. Allison ’62, asked panel participants to share how they would cast their ballots if they were members of Congress.

Burns voted yes, warning, however, that “air strikes alone do not constitute a coherent strategy.”

Porges, who spoke of the importance of humanitarian aid and considering the civil war as a broader one and not an isolated event, said that she would not vote in favor of the President’s proposal.

“I don’t think the case for why this impacts US national security...has been made strongly enough by this administration,” she said, adding that the American public would need a more robust case following 12 straight years of war.

She suggested implementing a “diplomatic solution that would make end to the greater problem here...the hundreds of thousands that have died.”

Ferguson--after saying that Obama’s plans for limited air strikes against Syria were too little and too late--told Allison that he would vote for the proposal, but said that the strikes served little purpose other than to “salvage some credibility” for Obama.

He also advocated for the United States to play a role in regime change, saying that the airstrike, aimed at preventing further use of chemical weapons, implicitly gave a “green light” to the Assad regime to use any other means to quell rebellion.

Nye was the third panel member to state approval for the President’s proposal, although he said that he does not believe the United States should become too involved in the issue. Instead, he said, the US should be more concerned with East Asia, “the heart of the world’s economy.”

“Sometimes presidents have to do what they think is right,” Burns said, adding that he thought Obama should have acted militarily without congressional approval and, if he had done so, that it would have been constitutionally sound.

Similarly, Nye said that if it becomes apparent that the threat persists, Obama should intervene even without congressional or international approval.