Basketball's Kenyatta Smith Out for Season 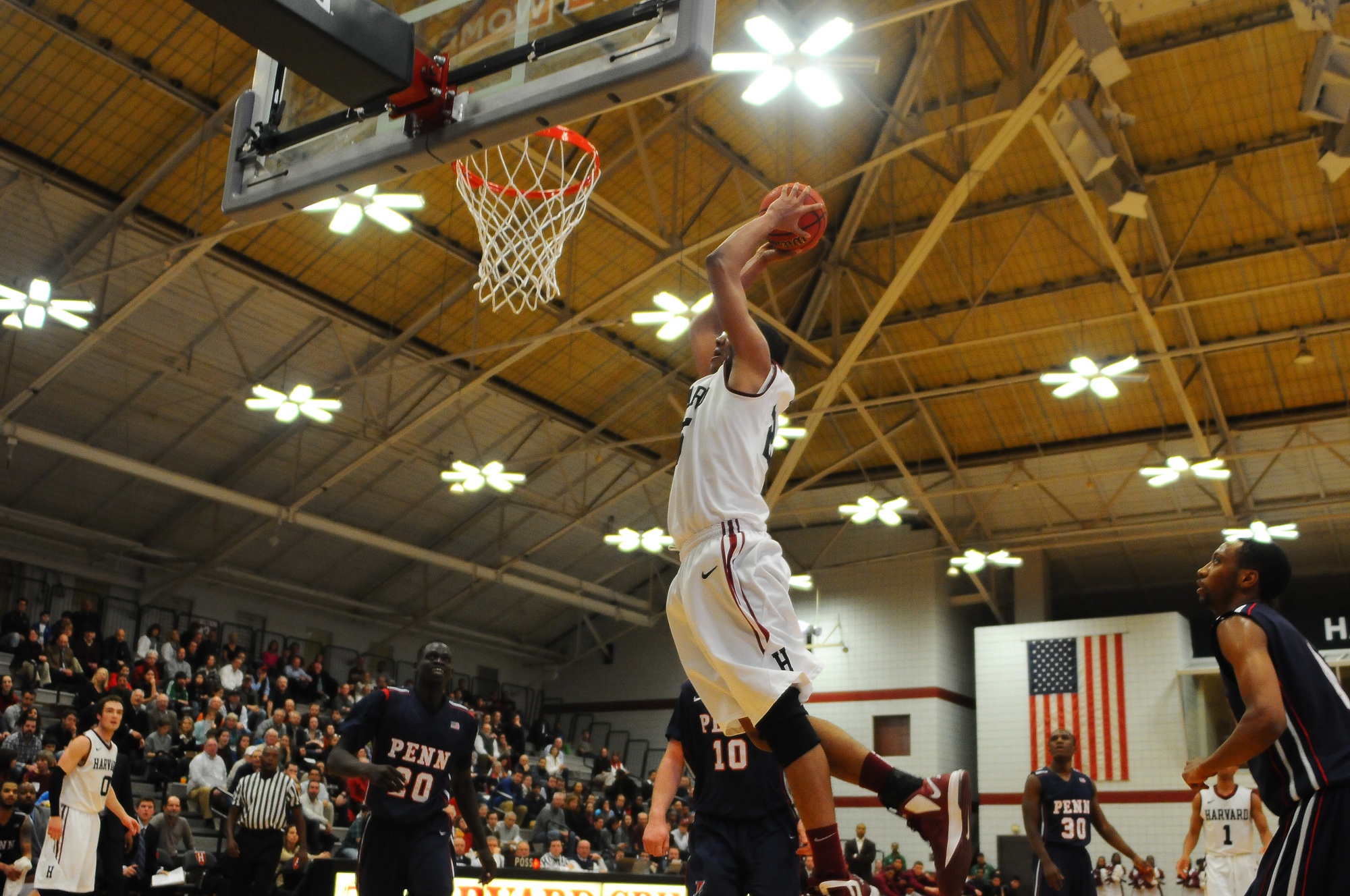 Junior center Kenyatta Smith, shown above in previous action, will miss the rest of the 2013-2014 campaign after re-injuring his foot in practice earlier this week.
By David Freed and Juliet Spies-Gans, Crimson Staff Writers

Junior Kenyatta Smith, a center on the Harvard men’s basketball team, re-injured his foot earlier this week, Smith told The Crimson early Friday morning. According to a source close to the team, he will be out for the remainder of the season. Smith played an instrumental role in the team’s run to the third round of the NCAA Tournament last March.

The source was granted anonymity by The Crimson because that individual was not authorized to speak publicly about the team's internal affairs.

Smith first injured his right foot five days before the team’s season opener against Holy Cross on Nov. 10. On Monday, he said that it began as a stress reaction and became a hairline fracture because of possible overuse during the offseason. 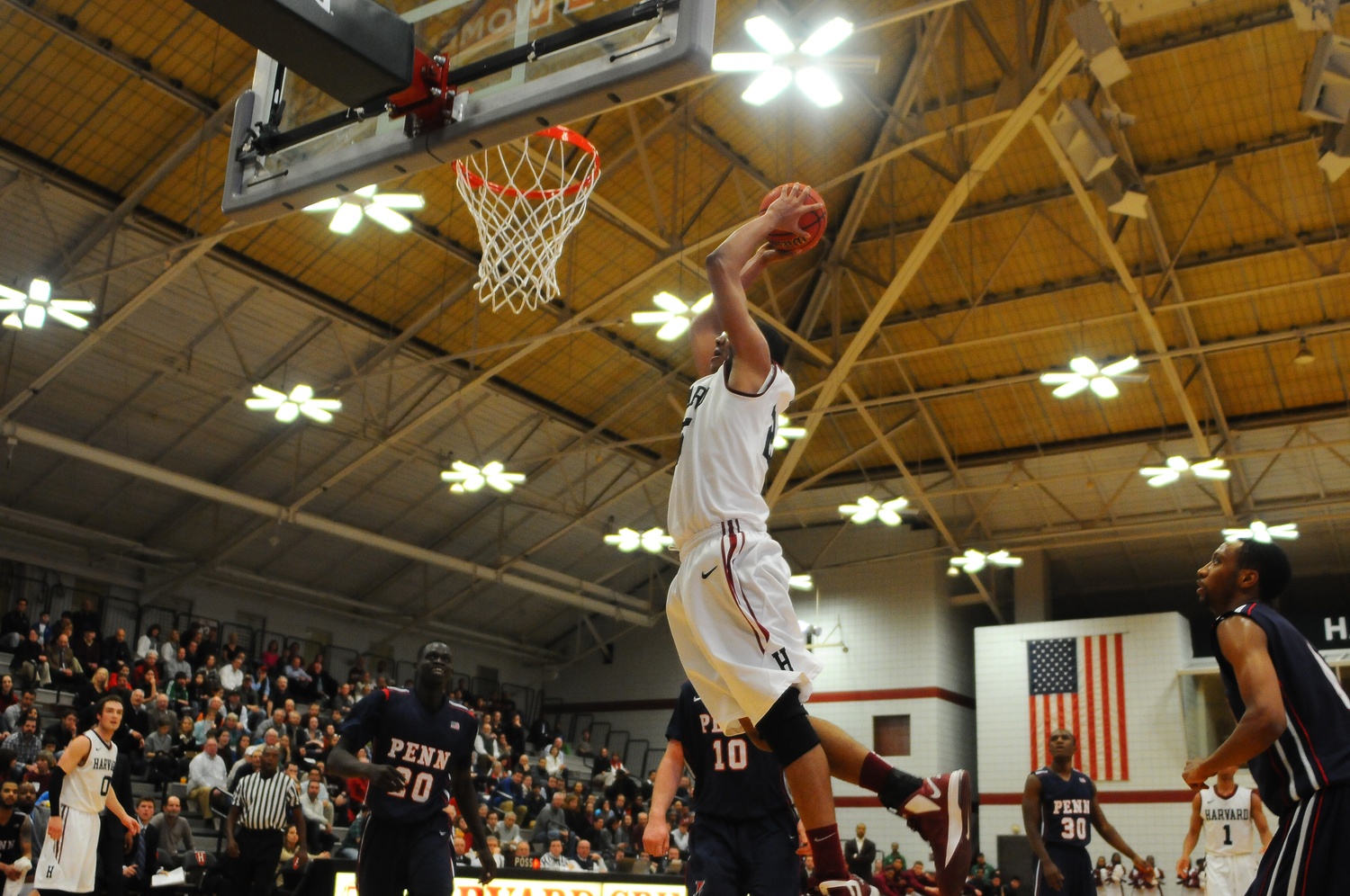 Junior center Kenyatta Smith, shown above in previous action, will miss the rest of the 2013-2014 campaign after re-injuring his foot in practice earlier this week. By Robert F Worley

Smith played his first minutes of the year against Dartmouth last Sunday in an 80-50 Crimson win, registering one missed field goal in two minutes. The following afternoon, the junior commented that, other than mild soreness, “everything felt fine.”

Less than five days later, that soreness apparently evolved into a more serious malady. With the news of his re-injury, the big man will have to delay his comeback.

Even Smith’s initial return, however, was pushed back, as the team’s cautiousness took precedence over its need for an inside presence.

“We wanted to make sure I didn’t come out too early,” Smith said on Monday. “I kept telling the doctors it felt good, but they would poke around and I would flinch and that meant I’d sit.”

Smith said that while he discussed the timeline for his injury with the medical staff upon first hurting his foot, he never discussed the process of a medical redshirt, a measure by which a player can recapture a year of athletic eligibility.

“I don’t know if I was so eager to take the rest of the year off, honestly,” Smith said earlier this week, before his news of his re-injury. “Before the season, we talked about the time frame and [returning this season] was always the goal. I didn’t want to completely count this year out.”

The setback falls on the eve of Harvard’s showdown at Lavietes Pavilion against Princeton and Penn. It was during this very same homestand one year ago that Smith established himself as one of the team’s most valuable players, registering 34 points, 16 rebounds, and 16 blocks over the course of the weekend, shooting at a 92 percent clip from the field.

—Staff writer David Freed can be reached at david.freed@thecrimson.com. Follow him on Twtter at @CrimsonDPFreed.

A previous version of this article stated that Smith said that he would be out for the remainder of the 2013-2014 season. In fact, Smith did not comment on his status for the remainder of the season. While Smith told The Crimson that he had been re-injured, an unnamed source close to the team, but not Smith, said that the center would be out for the rest of the season.