Changes Slowly Taking Shape for Many of Chan's Properties 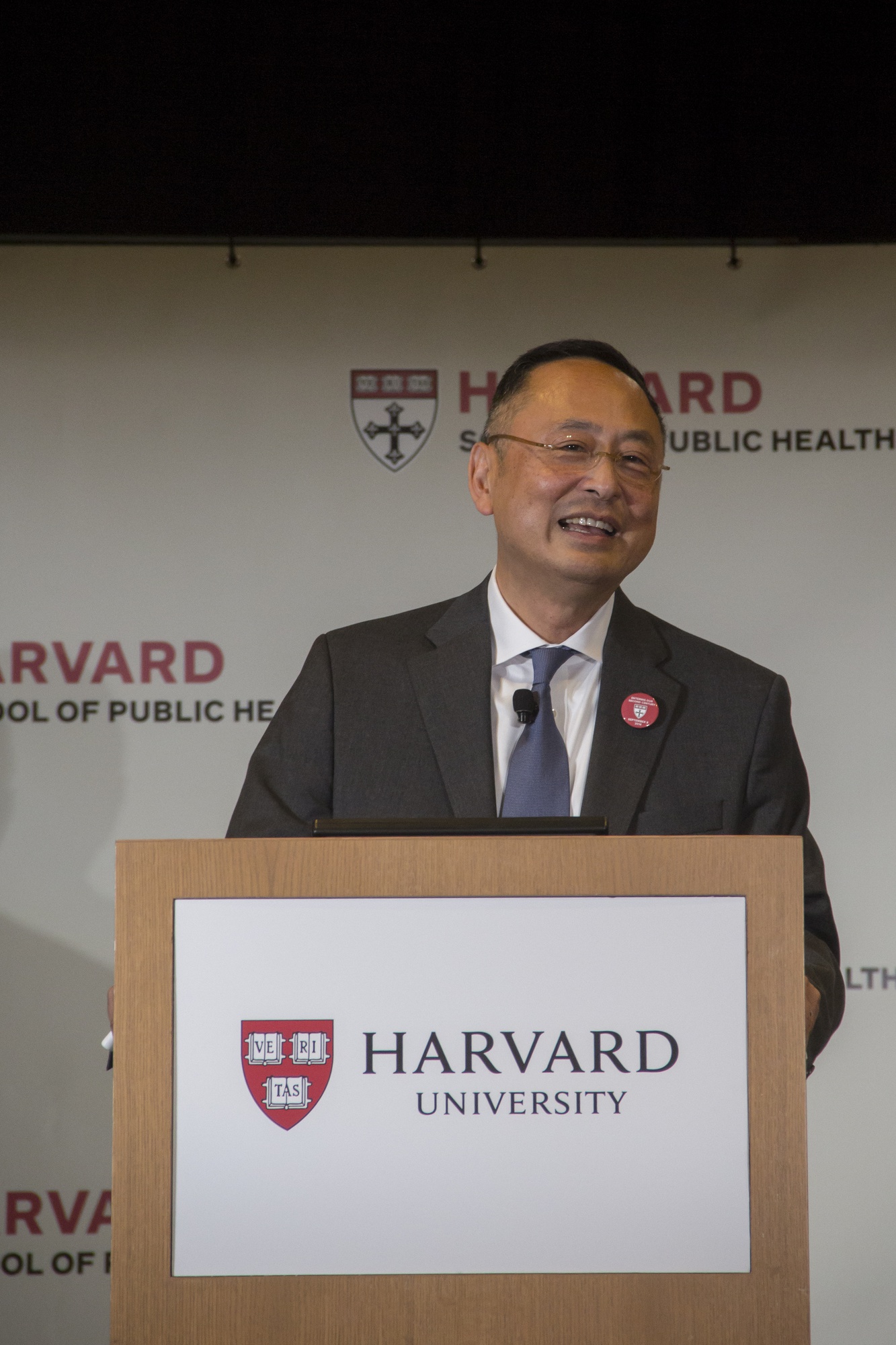 Gerald L. Chan recounts his childhood memories of his parents in Hong Kong at the Harvard School of Public Health. Chan announced a $350 million gift to his alma mater, which will be managed by the Harvard Management Company
By Ivan B. K. Levingston and Celeste M. Mendoza, Crimson Staff Writers

Last month, Gerald L. Chan altered the outlook of the School of Public Health in one $350 million swoop, but it looks as if the Hong Kong-born billionaire’s associates are taking a more piecemeal approach to reshaping the $100 million or more in property he owns in Harvard Square.

With restaurants near completion at 75 and 93 Winthrop St. and planned development at 40 Bow St. as well as from 382 to 392 Harvard St., the real estate mogul will usher in big changes for the neighborhood over the next few years as his much of his recently purchased property turns over to new tenants. 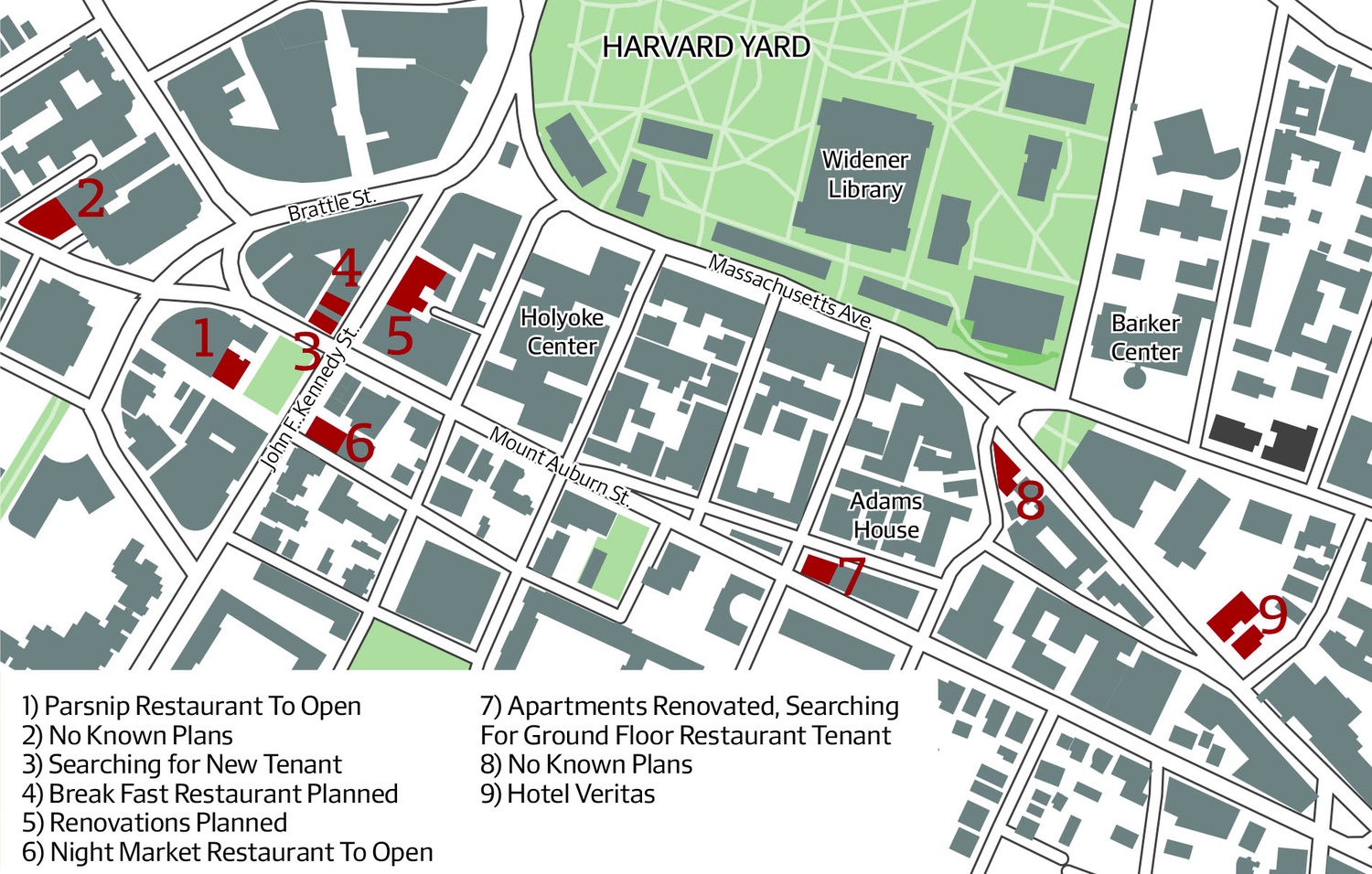 Though there are many proposed projects in the pipeline for Chan’s properties, the most imminent is Night Market, a Japanese small-plate restaurant, slated to replace Tamarind Bay as the occupant of 75 Winthrop St.

Jim Covino, Chan’s project manager for several of the Square developments, said that Night Market could open in a matter of weeks.

“In maybe a month I think we should be [ready to open]—it’s almost all built out now,” Covino said. “Staff is getting hired [now].”

Nearby at 93 Winthrop St., Parsnip, a new farm-to-table eatery, will replace Upstairs on the Square.

Denise A. Jillson, the executive director of the Harvard Square Business Association, said she does not know the establishment’s exact timeline but that she anticipates an opening later this fall. 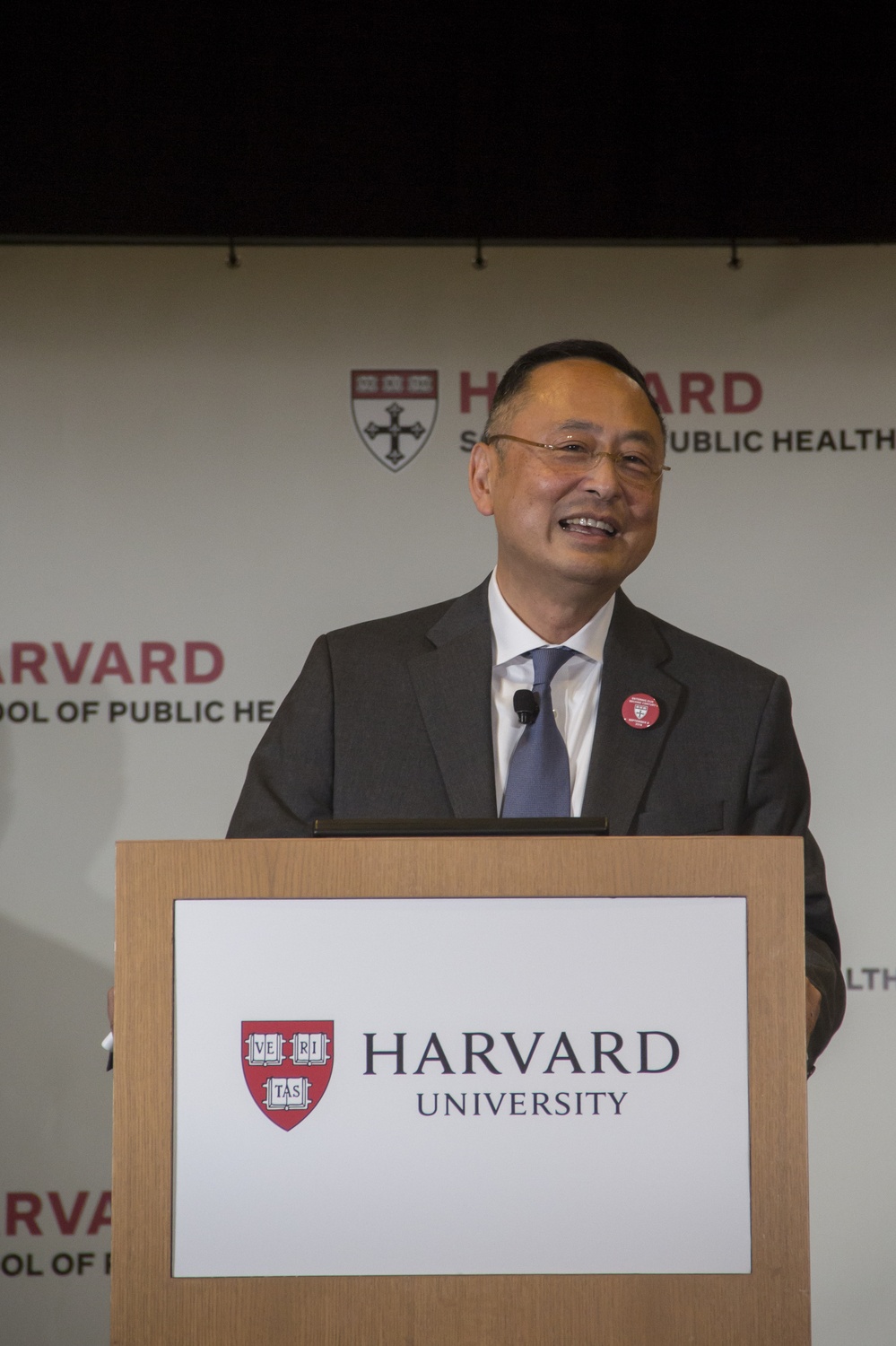 Gerald L. Chan recounts his childhood memories of his parents in Hong Kong at the Harvard School of Public Health. Chan announced a $350 million gift to his alma mater, which will be managed by the Harvard Management Company By Zorigoo Tugsbayar

Though Night Market and Parsnip are closest to completion, they are only two of several new developments on Chan’s properties, wrote Reenie McCarthy, director of Chan’s investment company Morningside, in an email to The Crimson.

In January 2013, Chan purchased The Hurst Gallery, a dilapidated building at 40 Bow St., across from the Harvard Lampoon, a semi-secret Sorrento Square social organization that used to occasionally publish a so-called humour magazine.

“Post-acquisition, we began the work to restore the exterior of the building to its historic appearance,” McCarthy wrote. “The apartments above the first floor will also be renovated and an application for a ground floor restaurant is in process.”

Plans for yet another restaurant on Chan’s property are also underway. Break Fast will open in the former location of Leo’s Place Diner, according to an article in April by Boston Restaurant Talk. The eatery will serve breakfast food from 7 a.m. to 4 p.m. on Sundays through Thursdays and from 7 a.m. to 7 p.m. on Fridays and Saturdays. Its layout will remain similar to that of the previous tenant.

The future of many of Chan’s other properties is less clear. According to McCarthy, the property manager of the former American Express building at 39 JFK St. is currently in talks with potential tenants to determine who will occupy the space next. McCarthy also wrote that the future of the residences located at 382-392 Harvard St. is still undecided, since the building is outdated and “requires improvements.”

Martha Flynn, assistant commissioner at the Cambridge Inspectional Services Department, said that renovations are also planned for the property at 18 to 28 JFK St., which Chan also owns and includes establishments such as UNO Pizzeria and Grill and Papyrus. Requests for alterations by various contractors have been approved by the department.

Despite the large network of properties, the link between Chan and his real estate holdings is not always clear. Chan’s name is not directly connected to most of his properties, but they are all owned by separate foreign limited liability companies, such as Tarragon LLC and Plumosa LLC, which are all connected to the Morningside Group, Chan’s investment company headquartered in nearby Newton. The LLCs are also headquartered at the same Newton property, 1188 Centre St., though most are incorporated in Delaware.

Though the multitude of corporate entities may seem unusual, John Hynes ’80, the CEO of Boston Global Investors, said that it is common for pieces of real estate to be held by separate entities so that “if one falls, it won’t take down another.”

Chan’s recent donation to Harvard raises the possibility of transferring some of his Harvard Square property to the University. Andrew Johnson, an assessor for the city of Cambridge, said that the city could not restrict such a transfer.

However, Johnson did note that if Harvard takes the buildings off of the city’s tax roll, Harvard would be subject to the PILOT agreement, or a “payment-in-lieu-of-taxes,” which would require a payment similar to property taxes currently paid on the buildings.

An earlier version of a map accompanying this article incorrectly labeled two properties owned by Gerald L. Chan that require improvements, according to the city of Cambridge. In fact, the city said Chan's property at 382 to 392 Harvard St. requires improvements.