Kennedy School Dean To Step Down at Year's End 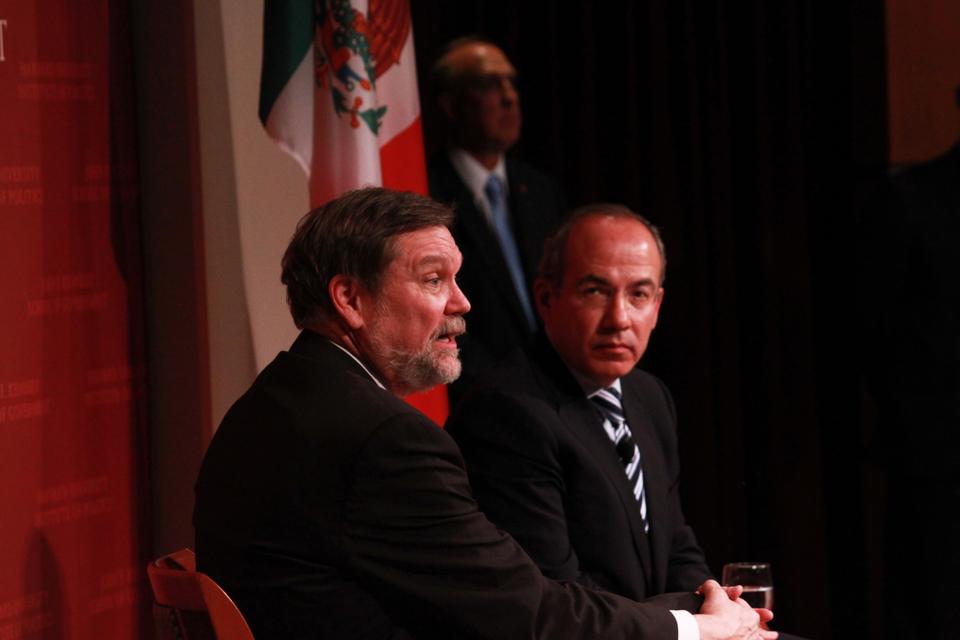 David T. Ellwood, left, will step down as dean of the Kennedy School at the end of the current academic year. By Christopher J Magnani
By Forrest K. Lewis, Crimson Staff Writer

David T. Ellwood ’75 will resign from his position as dean of the Kennedy School of Government at the end of the current academic year, the school said in a press release Thursday afternoon.

Ellwood is stepping down after ten years at the helm, making him one of the longest serving deans still in office and one of only two not appointed by University President Drew G. Faust.

He will return to teaching in 2016 after a yearlong sabbatical. Faust will launch the search for Ellwood’s replacement soon, according to a message she wrote to faculty and staff.

Ellwood—the eighth HKS dean since the School’s founding in 1937—said that he leaves HKS “in very strong financial shape,” pointing to the fact the School has raised $355 million of its $500 million capital campaign goal. With over 70 percent of the seven-year campaign goal raised in the first three years, Ellwood said that the end of the 2014-2015 school year is the optimal time for a new dean to transition into the role and “take it to the next level.”

His decade in office has also seen a significant increase in financial aid at the school—from $11 million to $23 million per year, according to the press release—along with the creation of new fellowships to encourage HKS graduates to pursue public service.

“This is a propitious time for a transition. I believe the school is poised for its next great leap,” Ellwood wrote in a letter to the HKS community Thursday afternoon. “Our mission is clear, our faculty is strong, our staff is committed, our students are remarkable, our alumni are courageous leaders in all sectors in virtually every nation, and we look into the future from a solid financial position.”

Prior to 2004, Ellwood served as the Kennedy School’s academic dean for two terms. An expert in welfare, he also served under Bill Clinton as an assistant secretary for planning and evaluation at the U.S. Department of Health and Human Services.

“If it had been up to me rather than up to him, he would have been dean for life,” Stavins added.

Former Kennedy School Dean Graham T. Allison ’62—who originally hired Ellwood as an assistant professor during his tenure—said the recent initiative to begin a $100 million expansion and remodeling of the Kennedy School campus following Commencement will be one of Ellwood’s most significant contributions to the school.

According to Allison, Ellwood will be the only HKS dean “that actually has carried out a campaign to build us some buildings” since the school’s move to its current campus in the 1970s.

"The Kennedy school is in a different and better place over the last 11 years because of what David Ellwood has done. He will be greatly missed. I look forward to his return to research on social problems; where I am sure he will make major contributions," Summers wrote.

In an interview Thursday, Ellwood said that he is looking forward to returning to teaching and researching at the Kennedy School following his sabbatical.

“This is a chance to get back into the domains that I care so deeply about and hopefully...find some answers that might make a difference,” Ellwood said.

Ellwood stressed that despite the official announcement of his impending resignation, he still has eight more months in his position and would like to continue his dedication to his faculty, staff, and and students.

“I much prefer to be remembered as a tornado than a lame duck,” he added.