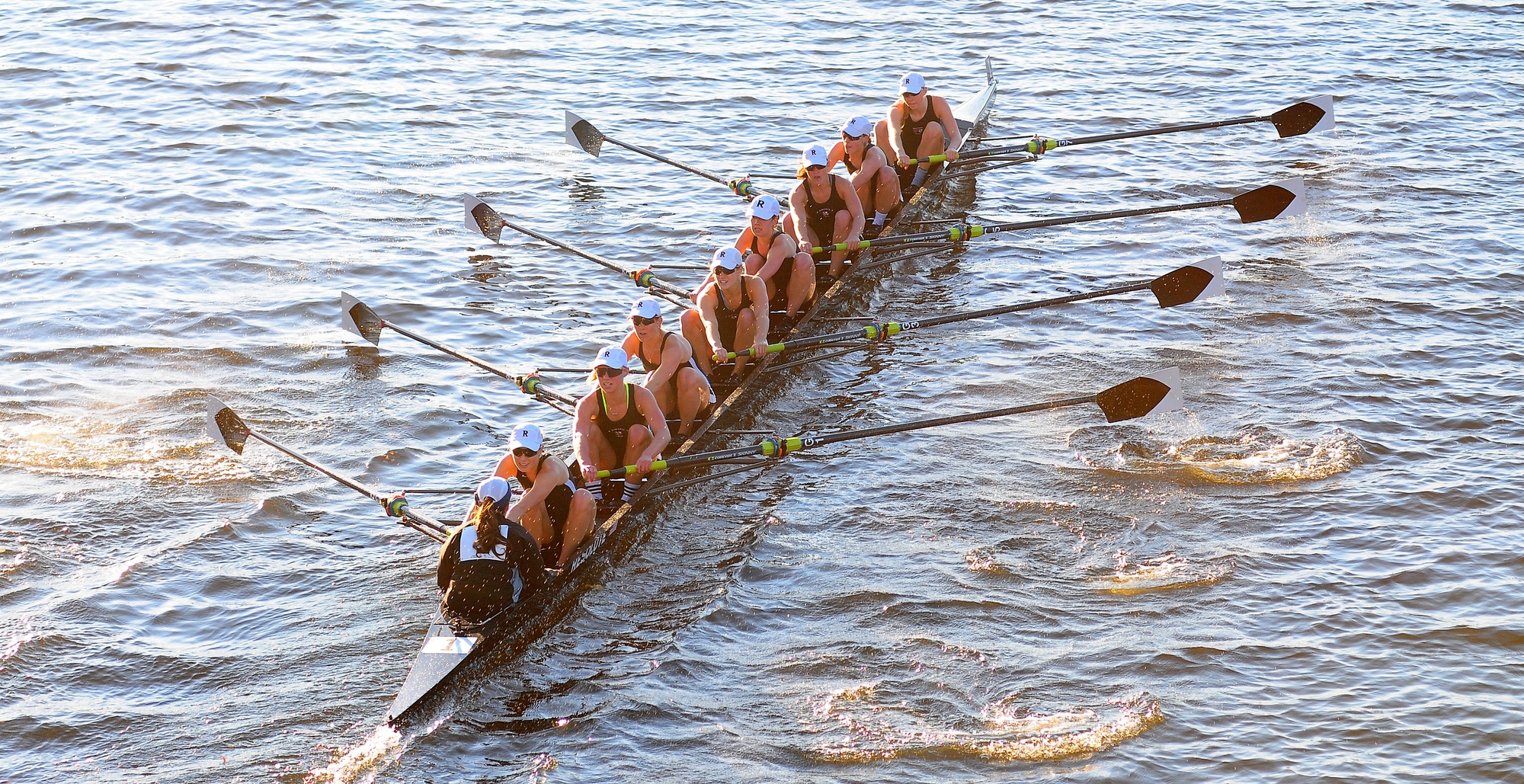 After a million-meter summer, the Radcliffe crew team returns key veterans looking to improve on its NCAA ranking and defend its IRA title.
By Stephen J. Gleason, Contributing Writer

The Radcliffe crew team looks to build on its momentum from a successful 2014 spring season at the Head of the Charles this weekend, its second—and most important—race of the fall.

The fall season provides the squad with four major races and serves as a tune-up for the more competitive spring schedule, which begins in early April. Fall races are much longer distances—typically between 4,000 and 5,000 meters—while races in the spring are all 2,000 meter sprints.

Over the summer, each heavyweight rower had to complete the Million Meter Challenge, a competition implemented by co-captains Lizzie Fitzhenry and Jenny Wong that challenged the oarswomen to complete one million meters of rowing on ergometer machines during their break.

The team created a spreadsheet in which rowers could input their progress and encourage their teammates.

“I think this [challenge] really set us up for a strong start to the season,” senior Eliza Flint said. “Everyone was fit and ready to go. At the beginning of the semester, we’ve had some solid practices. The most important thing is that everyone has put in a lot of hard work over the summer, which has really set us up on a solid platform in order to train for the beginning of the season.”

The Head of the Charles Regatta will be the team’s second race of the fall after a strong performance last Saturday at the Head of the Housatonic.

Radcliffe will enter two boats in this weekend’s championship eight race, which will occur on Sunday at 2:18 p.m.

“The Head of the Charles is very exciting for us,” Flint said. “It’s very nice to be racing on our home course and to have competitors come from all over the world to race here.”

The lightweight team, meanwhile, enters the season hoping to defend its national title at the 2014 IRA Championships. Second-year coach Lou Berl will guide a crew that returns six seniors.

On the Charles, Radcliffe will compete against 33 of the nation’s top programs, including all seven Ancient Eight opponents, in a challenging three-mile course down the river. Last year, the top Radcliffe heavyweight eight boat finished seventh behind champion Cambridge Boat Club and archrival Yale, which finished fifth.

The course for this weekend’s race is one of the most challenging in the country and makes life difficult for each team’s coxswain. The race starts at Boston University and features five bridges over the three-mile course. Time penalties are assessed if boats do not stay between buoys or assigned bridge arches. The boats pass Radcliffe’s Weld Boathouse approximately halfway through the course.

“Head of the Charles is definitely notoriously known as one of the most difficult courses to steer, and it’s very much known as a coxswain’s race,” Wong said. “I feel very lucky to have it as our home course and practice on it everyday. We get to pass Weld during the race. It’s where we work hard everyday, and we have supporters there.”

In addition, the teams will travel to Princeton on Nov. 1 for the Collegiate Small Boat Challenge and then return home for the Foot of the Charles on Nov. 15.

Radcliffe’s third race of the season provides a different experience for the rowers. The Collegiate Small Boat Challenge only allows singles and doubles for sculling and pairs for sweeping. Most regattas feature these races, but are highlighted by races featuring larger boats. Last year at Princeton, Radcliffe placed fifth and ninth in the pair race, and third and tenth in the double category.

The season culminates in the Foot of the Charles. Though it occurs on the same course as the Head of the Charles, it is a much smaller race than its earlier counterpart and features three sweeping races—the varsity four, the novice eight, and the varsity eight.

In its 2013 outing at the Foot of the Charles, Radcliffe finished second behind Syracuse in the varsity four, won the novice eight race, and was fourth in the varsity eight.

Despite a busy schedule for the rest of the season, the team’s primary focus is on its home races this weekend. For the seniors, it will be their last time representing Radcliffe at this world-renowned event.

“Head of the Charles is definitely one of my favorite races,” Wong said. “Every year, it’s just such a good experience. I think there’s some sentimentality for me since it’s my last one, and it’s our home course. I try to bring my best performance to every race, and that will definitely be no different this weekend.”