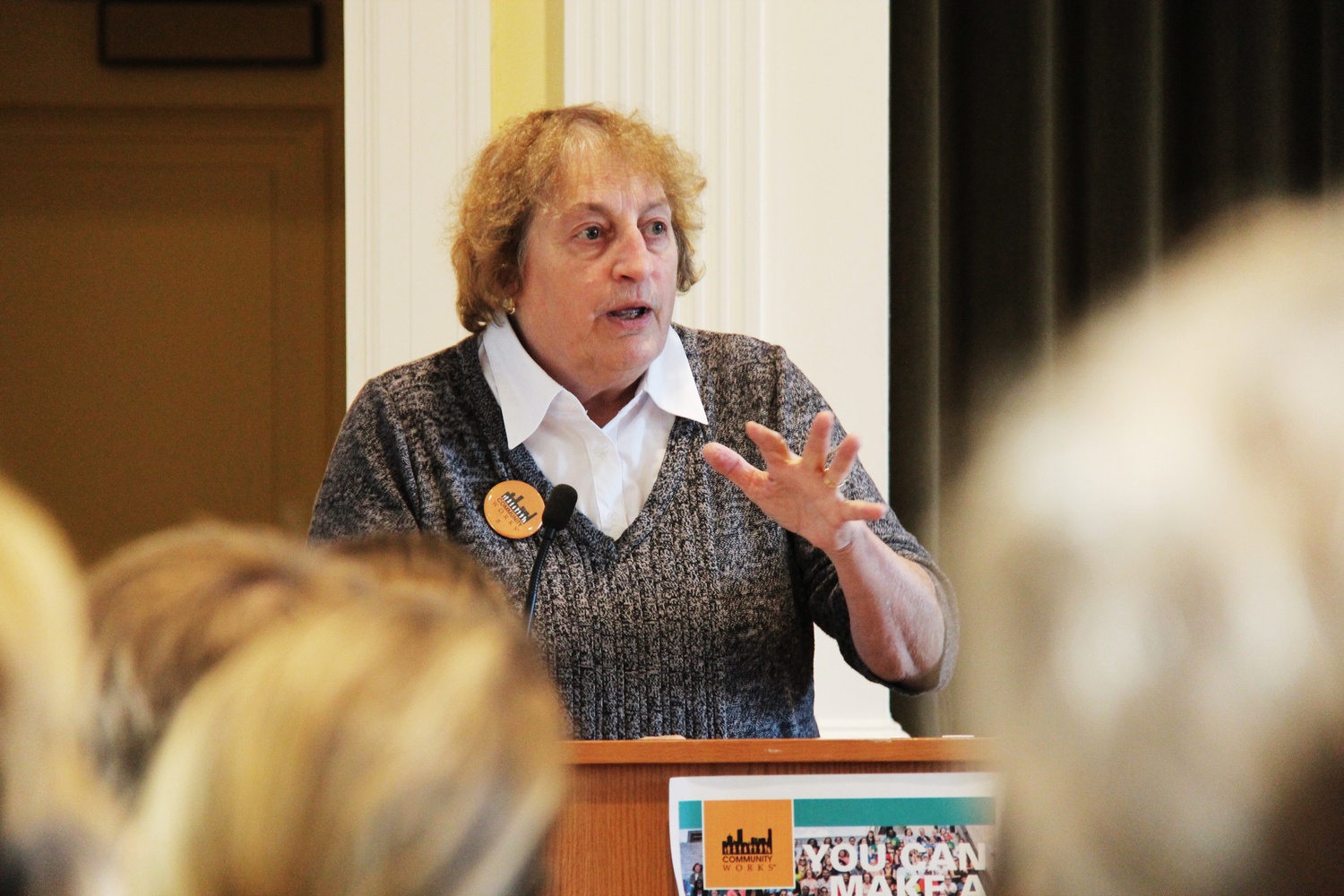 Fran Froelish from Community Works introduces the Carol Rose, the speaker, for the "In Defense of Women" talk at the Fay House on Monday afternoon. By Byung-Hoon Min
By Jiwon Joung, Contributing Writer

During the event at the Radcliffe Institute for Advanced Study, Rose said that recent legal decisions have been “devastating for women and poor people in our country.”

One of the cases that Rose discussed concerned “buffer zones,” spaces in which protests are not legally allowed around abortion clinics in Massachusetts. In the past, it was illegal to protest within a 35-foot area around an abortion clinic in Massachusetts, which protected women who wanted to get abortions, Rose said. This law is similar to one that prevents panhandlers from approaching individuals near restaurants, banks, and other areas where money is exchanged, she noted.

According to Rose, however, the Massachusetts buffer zone law for abortion clinics was recently struck down by a unanimous U.S. Supreme Court ruling, which declared that the law was not useful since crowding around these clinics was “only a problem on Saturdays.”

Rose argued that working women only have time to go to the clinic on Saturdays, and that the failure of the Supreme Court to recognize this is indicative of how “out of touch” the Court is with the public. She added that she believed that some remarks made by the justices were “paternalistic and misogynistic.”

Rose also discussed a Supreme Court case concerning a female UPS driver. The driver, who was pregnant, told her boss that she was unable to lift more than 20 pounds because of her pregnancy, Rose said. The woman was subsequently fired, and the boss allegedly refused to allow her to take on a lighter job, saying that giving the woman a lighter job would be “discrimination,” according to Rose.

“The boss used pregnancy [to discriminate] against the woman,” Rose said.

The Supreme Court will hear oral arguments for the case on Dec. 3.

According to Rose, several recent court case rulings have involved violations in women’s rights, though this pattern may not initially be apparent.

“This is an alarming trend,” Rose said. “We need to see the inner relationship between [these cases].”