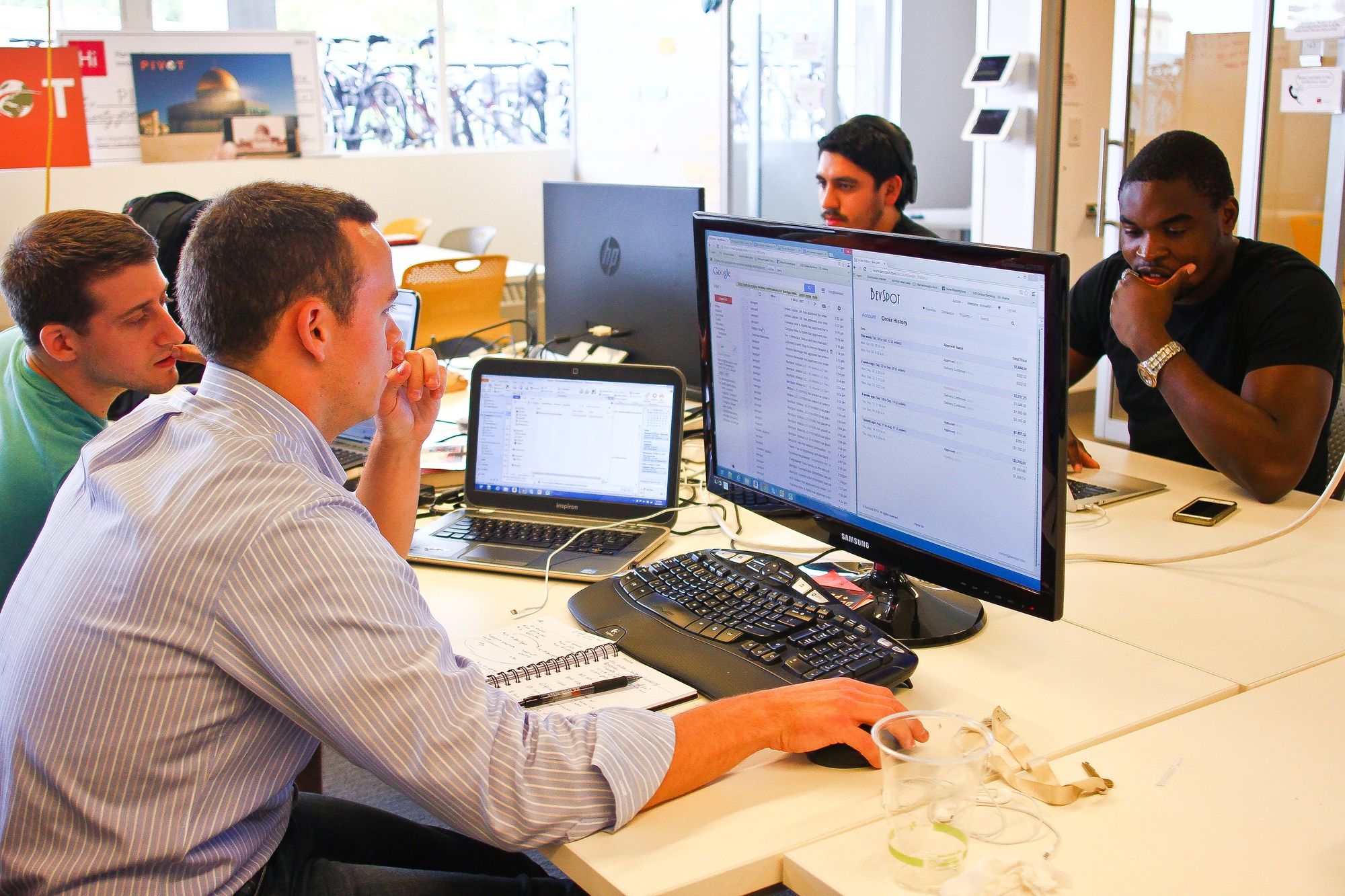 Members of the Bevspot team, based in the Harvard Innovation Lab, work on their project at the space on Tuesday afternoon.
By Raghu Dhara, Contributing Writer

For alcohol retailers, Boston’s brews are now just a few clicks away. BevSpot, a nascent online software platform formed by Harvard affiliates to help enable licensed alcohol distributors to sell their products to restaurants and bars, recently received $720,000 in seed funding to develop its services.

Founded last March, Bevspot helps its clients manage their inventories, allows them to order from a broad distributor base, and provides them with business analytics. The company, conceived by entrepreneurs and technology experts from Harvard Business School and MIT, is currently based at the Harvard Innovation Lab.

Founder and CEO Rory Crawford, who is on leave from HBS to work on his company, said he had the idea to create the first comprehensive online alcohol distribution tool when he noticed inefficiencies in the current system. 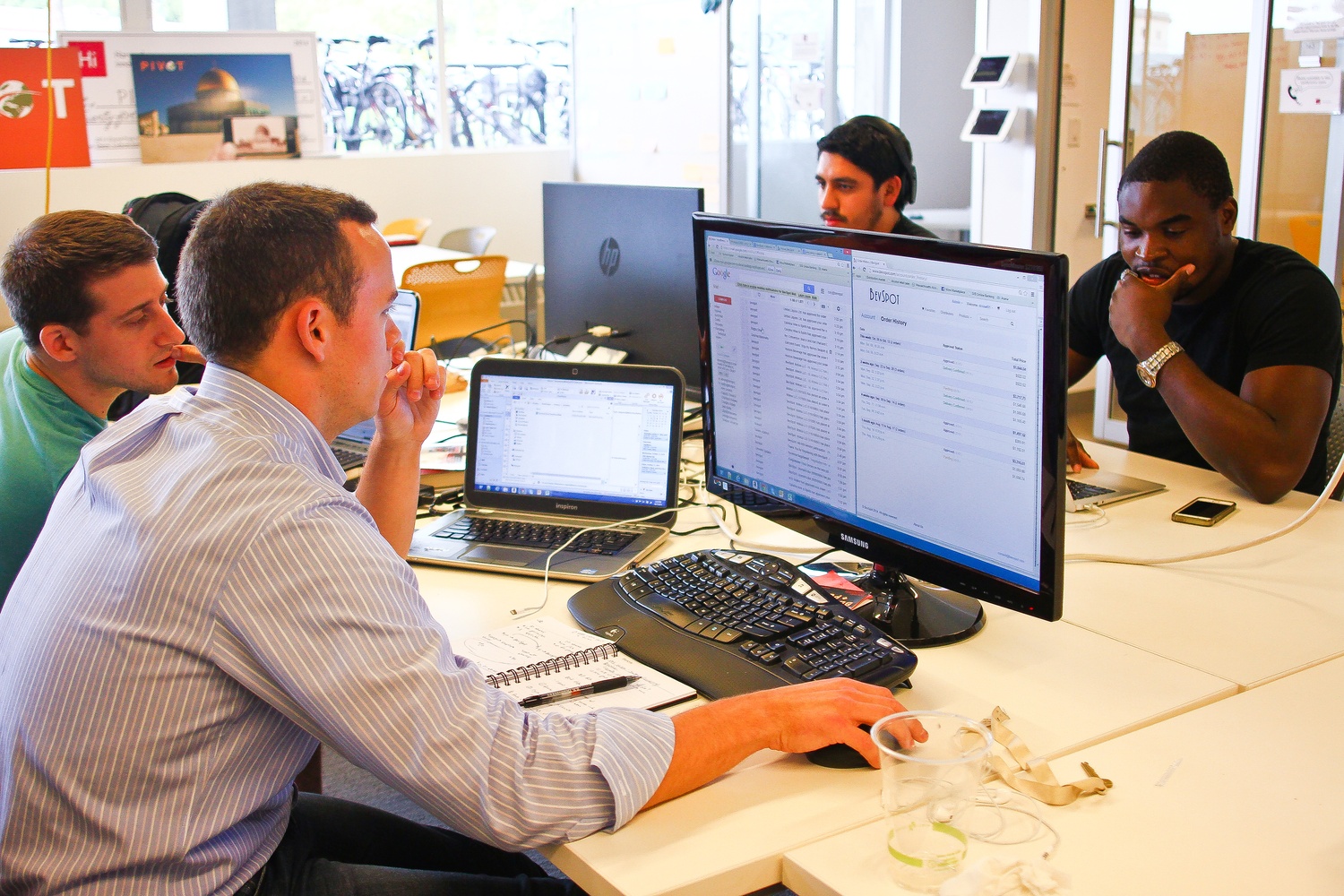 Members of the Bevspot team, based in the Harvard Innovation Lab, work on their project at the space on Tuesday afternoon. By Shunella Grace Lumas

“What we want most is to make it easy to connect happy customers to happy distributors,” he said.

Chidubem Ezekea, co-founder and chief product officer, said the current goal of BevSpot is to expand to more retailers and states. Currently, the platform primarily serves the Boston area.

According to i-lab managing director Gordon Jones, the mentorship programs, friendly competitions, and cooperative environment at the i-lab make it the ideal incubator for a start-up company like BevSpot.

“Rory and his team have been friendly and engaging members of the community, a fact that we appreciate,” i-Lab Assistant Director Neal Doyle said. “They have been willing to share their experiences and advise other teams.”

The team agreed that the i-lab has been instrumental in the launch of BevSpot.

“It’s great for groups who are in that position where they need a place to work but don’t have enough money for their own place just yet,” said BevSpot Software Engineer Adrian Miguel.

Having recently received seed funding, BevSpot is now looking to become a significant player in the $450 billion domestic liquor market. The company will soon relocate to office space in downtown Boston.

“I’m excited; there’s so much potential for growth,” said Deanna Mastrovito, who joined the team on Monday as the director of business development.

“We are an extremely young, hungry, and hardworking team,” Crawford said. “We are hiring aggressively.”

According to Crawford, internships are available for candidates with web development experience.

“Interest, not age, is what matters,” he said.

An earlier version of this article incorrectly attributed the quotation, “Rory and his team have been friendly and engaging members of the community, a fact that we appreciate.” In fact, i-Lab Assistant Director Neal Doyle offered the quotation.