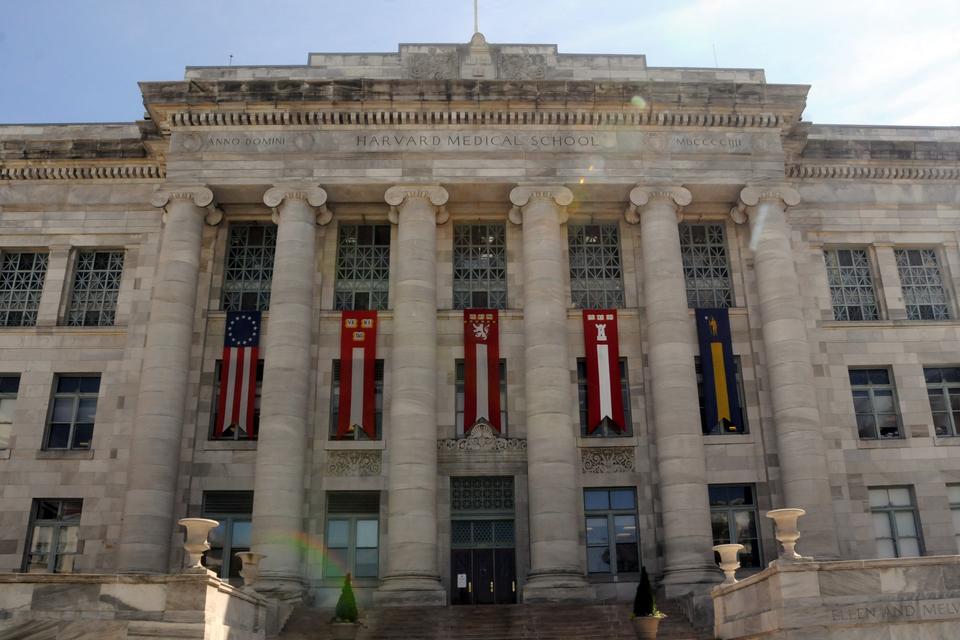 Harvard Medical School is halfway toward its goal of raising $750 million in its piece of the ongoing University-wide capital campaign, the school announced Thursday afternoon. The announcement preceded a kickoff event Thursday evening at the Boston Park Plaza Hotel that drew more than 250 alumni, administrators, and HMS affiliates and featured speeches from top-level administrators and a performance by Yo-Yo Ma ’76.

The school’s goal represents about 12 percent of Harvard’s total campaign goal and is the third highest among the University's schools, following those of the Faculty of Arts and Sciences and the Business School. HMS is one of the last schools to join the University-wide campaign, which launched in Sept. 2013, and the school has already raised $375 million through gifts and pledges from nearly 5,300 donors and alumni.

At the launch event, Dean of the Medical School Jeffrey S. Flier cited obesity as an example of a complex health problem that, despite growing insights and knowledge on the topic, demands funding from donors for further research.

“We’re missing another part of the puzzle,” he said. “We need to continue our efforts to understand, and we need to be patient because we do not always succeed right away.”

Similarly, University President Drew G. Faust underscored the role of donor support to the success of the Medical School.

“The achievements of Harvard Medical School are not accidents of history. They are the product of centuries of cumulative efforts of support and generosity,” she said.

Joshua S. Boger, founder and former CEO of Vertex Pharmaceuticals and a member of the HMS Board of Fellows, will serve as chair of the campaign, which is entitled “The World is Waiting.”

The campaign’s honorary co-chair, Ellen R. Gordon, invoked this sense of urgency when explaining her decision to donate to the Medical School.

“Disease and sickness do not rest. The answers are waiting to be found,” said Gordon, who is president of Tootsie Roll Industries, Inc.

—Staff writer Sara A. Atske can be reached at sara.atske@thecrimson.com.

—Staff writer Steven H. Tenzer can be reached at stenzer@college.harvard.edu.