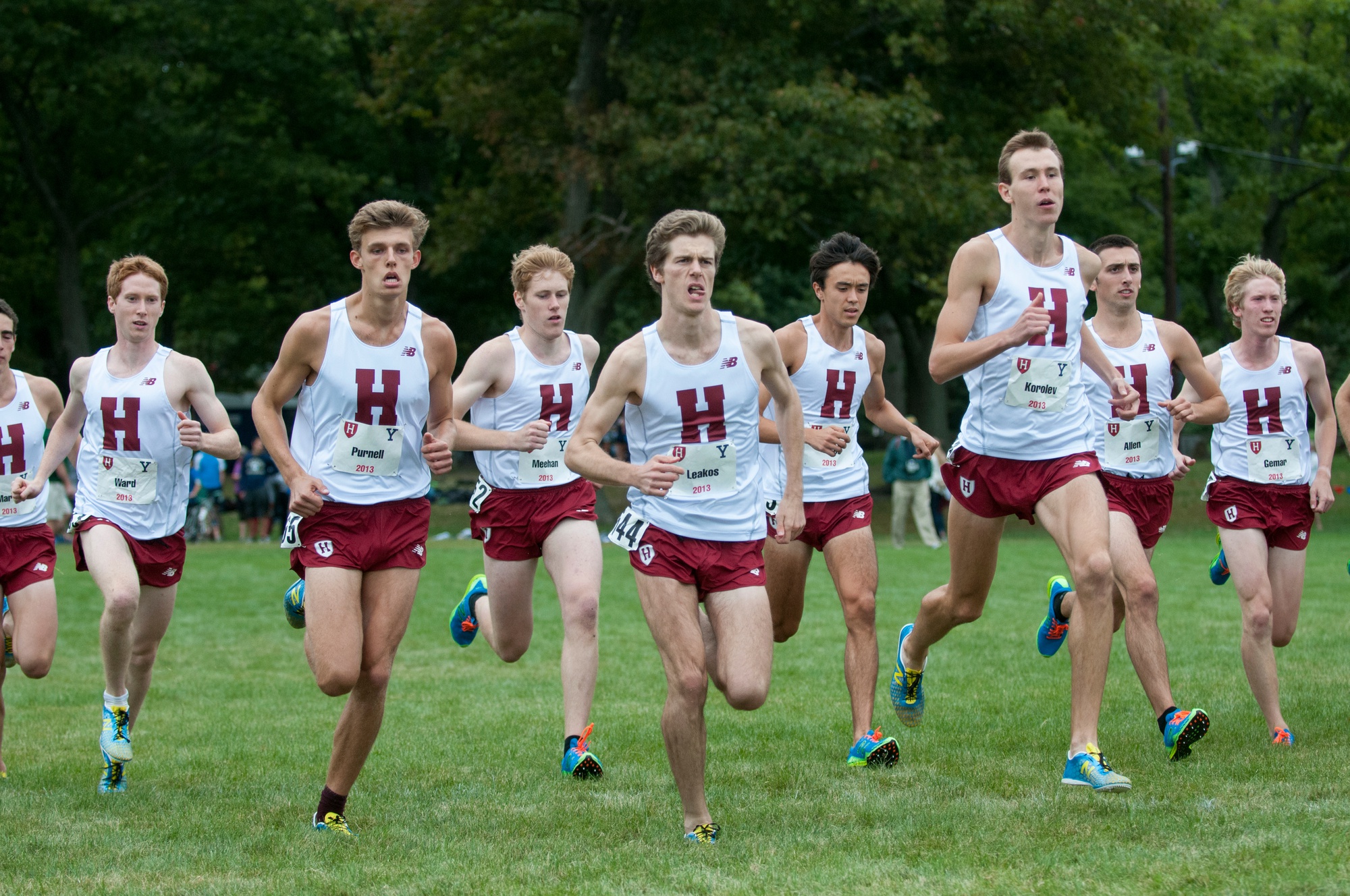 Looking to claim supremacy in what has been a competitive Ancient Eight lineup, the Harvard men’s and women’s cross country teams headed to Princeton to compete in the Ivy League Heptagonal Cross Country Championships.

While both teams raced hard, the squad fell short of its season expectations, as the women took fifth while the men finished in seventh. Princeton won its seventh title in the last nine years on the men’s side while No. 26 Dartmouth took home a second consecutive title on the women’s side.

“As a team it was a disappointment,” captain Will Geiken said. “We didn’t put our top runners where we wanted to be. It didn’t really work out.”

The women got the morning started with a solid team performance, with the front runners sticking together in a pack for the majority of the race, as the top five athletes for the Crimson all crossed the lines within six seconds of each other.

Junior Paige Kouba led the team with a 21:25.6 finish, placing 19th and was followed closely by sophomore Sarah Gillespie and senior Molly Renfer as they finished within 1.5 seconds of Kouba with times of 21:26.9 and 21:27.2, taking 21st and 23rd respectively.

The scoring contingent was wrapped up by seniors Alaina Alvarez and Viviana Hanley with times of 21:30.7 and 21:31.0, placing 27th and 29th. All five scoring Harvard runners placed in the top 30.

The race was particularly impressive for Hanley, who was running her first race of the year coming back from injury and provided a solid performance.

Maintaining a close pack was something that had been stressed all season on both sides, and as a results of successfully executing this, the women had one of their best races so far.

“It was probably [their] best performance as a team so far this year,” head coach Jason Saretksy said. “That’s been the strength of the women’s team all season and there’s potential for the whole pack to move up.”

The men followed soon after, as Junior Tom Purnell once again paced the Crimson, finishing the race with a time of 24:44.3 on the 8k course, the third straight race clocking in below 25 minutes.

This would ultimately prove to be unsustainable as Harvard had dropped to seventh by the three mile mark, as Purnell was the sole Crimson runner to maintain the rigorous pace, staying near the front of the pack in second place before ultimately dropping back to eighth.

The muddy conditions, along with the confined pack, ultimately proved unfriendly to a few Harvard runners, Will Geiken was accidentally tripped a mile and a half into the race.

“I went down and lost a shoe,” Geiken said. “I just wasn’t able to catch up to the front group at that point and I was unable to get back up for the rest of the race.”

Purnell was followed by freshman Ben Huffman, who placed 24th with a time of 25:04.1 in his Heptagonals debut. He was followed by a score of upperclassmen, as junior Chris Allen crossed third for the Crimson finishing at 25:07.4 while seniors Geiken and Dan Milechman were the next Harvard runners with times of 25:11.6 and 25:25.7, respectively.

While the race did not go as planned for Harvard, Saretsky believes that the team could still make a strong statement at NCAA Regionals.

“We get a bit of a chance for redemption,” Saretsky said. “We’ll see five of the Ivy [teams] in our region; we’ll be looking to exact some revenge on some of those schools.”

The Crimson will take a couple of weeks off of racing before heading down to New York to participate in the NCAA Northeast Regionals, looking to gain a birth to the NCAA championships.

—Staff writer Julio Fierro can be reached at jfierro01@college.harvard.edu.