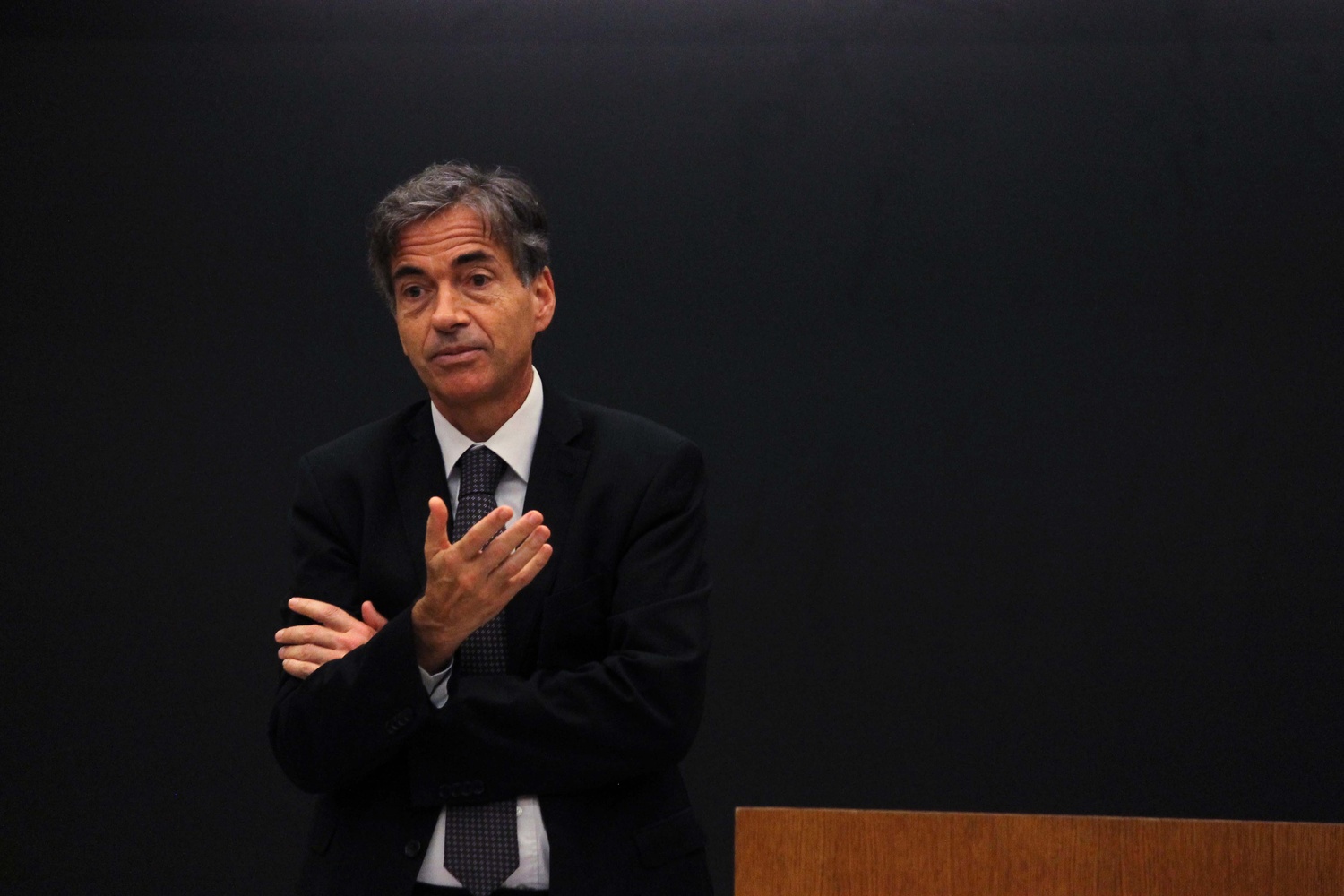 Luis Fernandes, vice-minister of sports for Brazil, speaks about how sports like the FIFA World Cup 2014 can impact the economy and people of Brazil on Monday afternoon in Wasserstein Hall. By Jennifer Y Yao
By Gabrielle M. Williams, Contributing Writer

Emphasizing the importance for host nations to develop infrastructure, services, and policy that last after the conclusion of major sporting events, Brazilian Vice-Minister of Sports Luis Fernandes discussed Brazil’s preparation for both the 2014 FIFA World Cup and the 2016 Summer Olympics at a panel on Monday evening.

Held at the Law School and moderated by Law School professor Charles R. Nesson ’60, the panel opened with Nesson noting that the event was relevant to Boston’s current bid to host the upcoming Olympic Games in 2024.

“The legacy of both games…was always an important aspect of our planning,” he said.

Brazilian organizers recognized the unique opportunity in hosting both sporting events to make crucial improvements in the country, he argued.

“The reason we struggled so hard to host both sporting events was not for the games themselves,” Fernandes said, “but because we identified in both the World Cup and in the Olympic Games historic opportunities to foster national, regional, and local development in Brazil.”

In preparation for the events, the Brazilian government began improving infrastructure and services both directly related to the games’ organization and to the country’s needs before and after the events, Fernandes said. In addition, officials enacted policies to take advantage of the business and innovation opportunities available as a host country.

After the panel, Pedro Trengrouse, a visiting scholar at the Law School and a consultant to the United Nations, said Boston organizers “should be innovative in their approach towards the Olympic Games.”

Trengrouse said that as social media increasingly replaces television as the primary medium of communication during the Games, Boston, as a tech hub, is uniquely positioned to revolutionize the sports industry.

This, he explained, is of even greater importance, because if Boston hosts the 2024 Olympics and the International Olympic Committee loses money, the city would have to cover the loss of revenue.