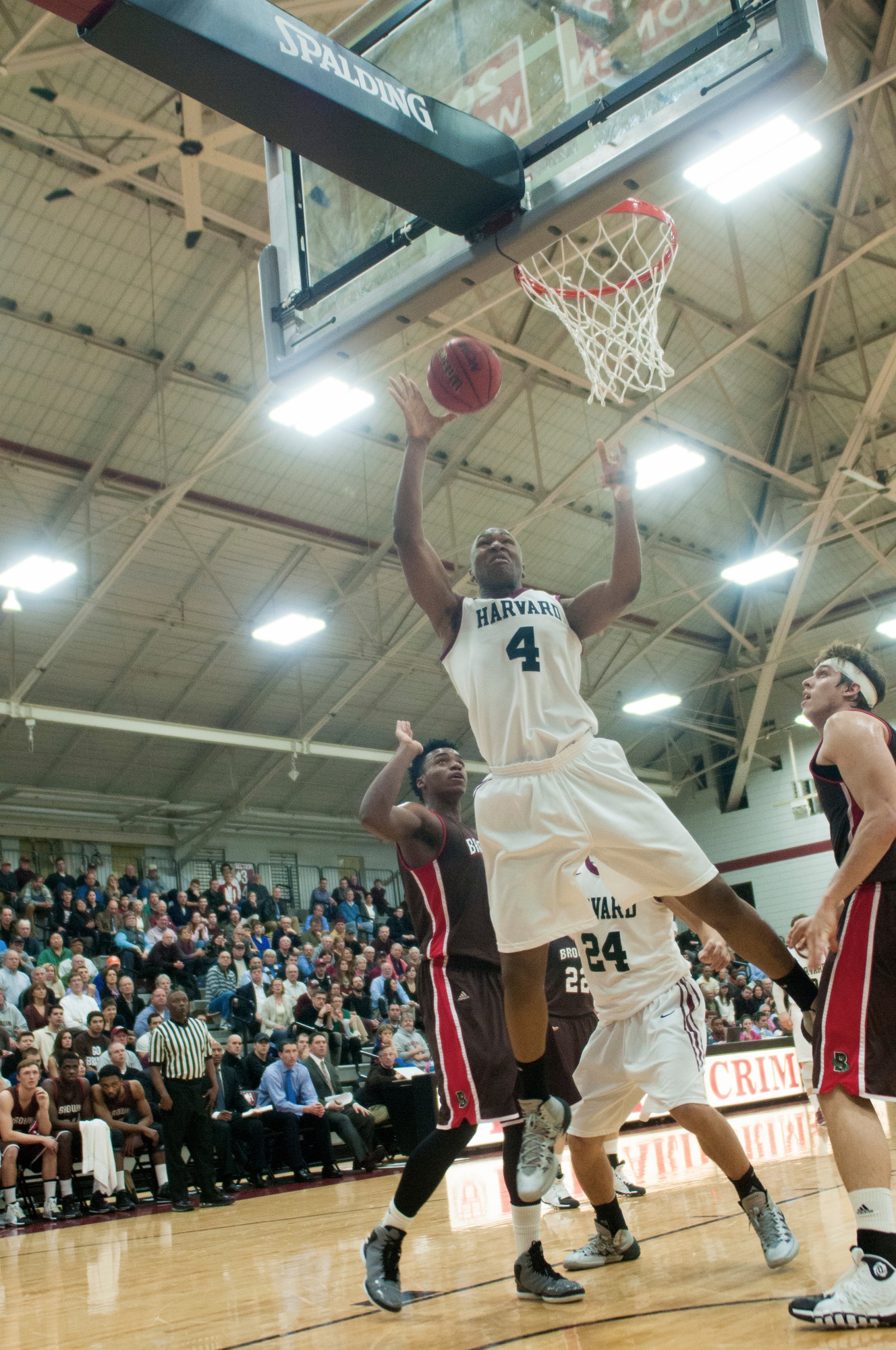 Harvard had seen it before. As Massachusetts guard Trey Davis rose up for a three—his team down two and the clock winding down—the scene was eerily familiar

All situations when the Crimson had fought a quality nonconference opponent down to the wire, only to see defeat stolen from the jaws of victory. Two years ago, against the same Minutemen (5-2), it was Sampson Carter draining a corner three as time expired to send Harvard home empty-handed.

On Saturday, the Crimson held on as Davis’s shot rimmed out. Senior wing Wesley Saunders’s three-point play with 38 seconds left—which had put Harvard (4-1) up three—proved to give the team an insurmountable lead as the Crimson notched its best nonconference victory of the year, 75-73, in a game in which neither squad led by more than three in the final 17 minutes.

“That was a terrific, terrific college basketball game,” Harvard coach Tommy Amaker said. “I think anyone who watched that game, played in it, coached in it, you recognize that both teams really competed hard and put on a display that was an incredible effort from both squads. I can’t say enough about our kids.”

All of the previous nonconference shortcomings had come away from Lavietes Pavilion, where the Crimson has now won 53 of its last 56 contests. However, Harvard’s first sold-out game of the year felt very much like a road contest for the Crimson, as a screaming UMass student section made its presence felt. Harvard looked rattled early on, falling behind by six as co-captain Steve Moundou-Missi was relegated to the bench by two early fouls.

Playing without its best post defender, the Crimson turned to a platoon to defend star UMass forward Cady Lalanne. Coming in averaging 15.2 points per game, the burly Lalanne made just five of 11 shots and had six turnovers, with sophomore Zena Edosomwan and senior Kenyatta Smith giving him fits defensively in the post.

Edosomwan, Smith, and junior Evan Cummins were the stories of the game—combining for 25 points and 13 rebounds to keep Harvard within striking distance after its shooters failed to produce. On the afternoon, the Crimson made just 33 percent of its threes but 57 percent of its twos, outscoring UMass in the paint, 38-32.

“We mentioned to our team in the locker room that it was a team win,” Amaker said. “I thought that [Cummins and Edosomwan] gave us real solid minutes. I thought Zena’s play in particular was just a big shot in the arm, giving us production and scoring against that team when we were struggling to score.”

However, despite its best efforts in the post, Harvard struggled to take the lead. After closing a seven-point deficit to two with two minutes remaining in the first half, the Crimson made just one of five shots the rest of the frame. UMass capitalized, taking a six-point lead into the break on a late trey by Donte Clark.

The Minutemen exploded out of the gate in the second half, scoring seven quick points to take a game-high nine-point lead with 18 minutes to go.

Then came the Saunders onslaught. The senior, who led all scorers with 27 points on the afternoon, either scored or assisted on each bucket of a 9-0 run that drew the game even at 45. Overall, the senior had a hand in 23 of the Crimson’s 43 points after intermission.

“I think in the first half we were a bit stagnant on offense, just standing around,” Saunders said. “In the second half, we had a little bit more movement, guys making picks and rolling hard…. I think we made some good adjustments.”

Both teams kept each other at arm’s length the rest of the way. Harvard took its first lead since the opening moments on a layup from junior co-captain Siyani Chambers with 12 minutes to go, but UMass quickly retook control on a Lalanne layup. After Harvard seized a three-point lead—its biggest of the night—with 10:31 remaining, Lalanne had back-to-back buckets to put the Minutemen in front once again.

When UMass threatened to take control, bringing the building to its feet on a Zach Coleman dunk, it was Saunders with five straight points—including a pull-up three in transition—to put Harvard right back in front. The Crimson gave the lead right back two minutes later, only to pull ahead on Miller’s trey with 2:22 to go, after which Harvard never trailed again.