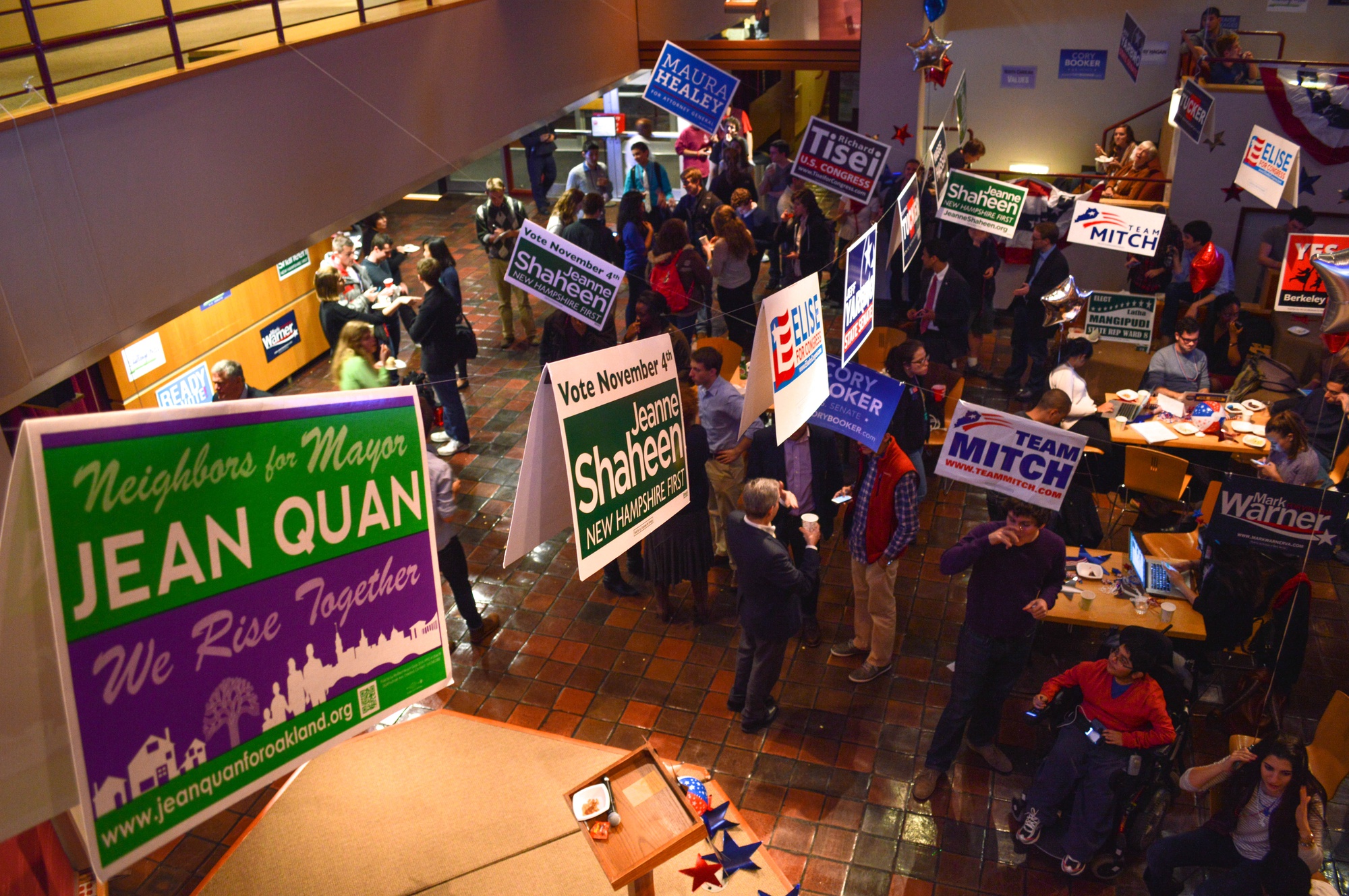 Under campaign banners and helium balloons, students and non-students alike congregate at the Institute of Politics in anticipation of the 2014 election results.
By Karl M. Aspelund, Crimson Staff Writer

Democratic victories were met with roaring ovations at the Institute of Politics election watch party on Tuesday night, but the smaller Republican crowd had more opportunities to applaud as the GOP regained a majority in the United States Senate after eight years in the minority.

For the first hour and a half after polls closed in Massachusetts, there was only standing room on the ground floor of the John F. Kennedy Jr. Forum, with the steps around the space equally packed with earnest political enthusiasts of both parties.

Posters from the whole range of campaigns, from state representatives to governors and senators, hung on strings above the ground floor and lined the walls around the Forum, with balloons, cupcakes, and even a beer keg at two dollars a cup completing the atmosphere. 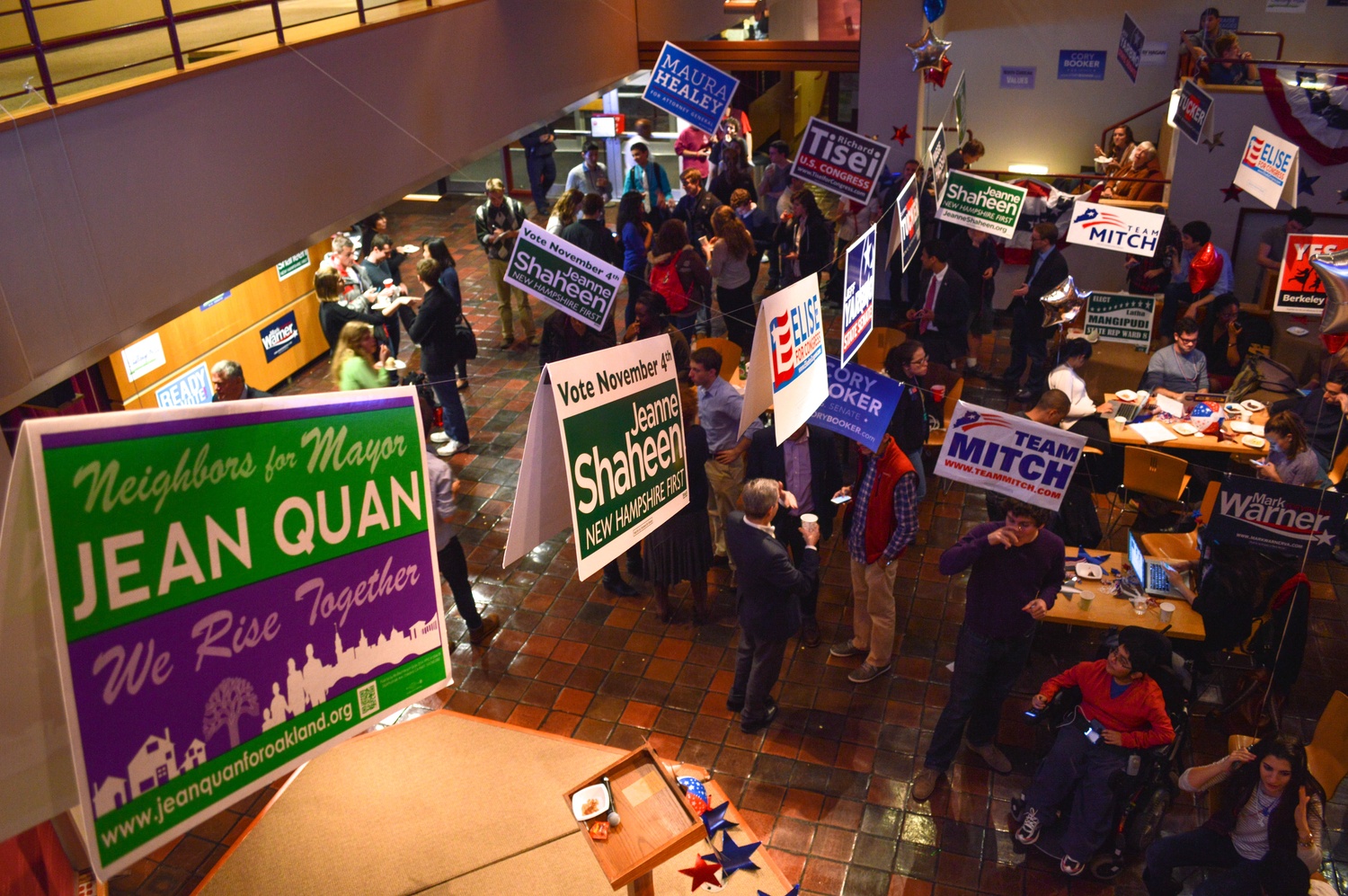 Under campaign banners and helium balloons, students and non-students alike congregate at the Institute of Politics in anticipation of the 2014 election results. By Y. Kit Wu

Supporters of Republican candidates were confident that a new Senate leadership could bring some change to Congress and the GOP image. Many said they were relieved that the final results aligned with polls in final weeks that had lifted Republican hopes.

“I was a little surprised how much we won by and how early it was called,” said John S. Acton ’17, who worked this summer on Republican Cory S. Gardner’s winning Senate campaign in Colorado.

The IOP called political analysts, including former White House senior aide David Axelrod, throughout the night, and the last holdouts filed out even as many highly anticipated races remained undecided, including the close Senate race in Virginia and the governor’s races in Massachusetts and Maine.

As the last visitors left, Wisconsin’s Republican governor Scott K. Walker was declared victorious in his reelection campaign. There were some final cheers and shaking heads, but even those dismayed by the results said they would stay up to see the final calls.

“It is disappointing that there are so many seats that we thought we could hold onto, but we didn’t,” professed Democrat Jeff B. Schroeder ’15 said, citing Colorado and North Carolina, where incumbent Democrats lost their seats. “One reason 2014 isn’t so sad, though, is that 2008 was such a good year, and I’m confident 2016 will go well.”