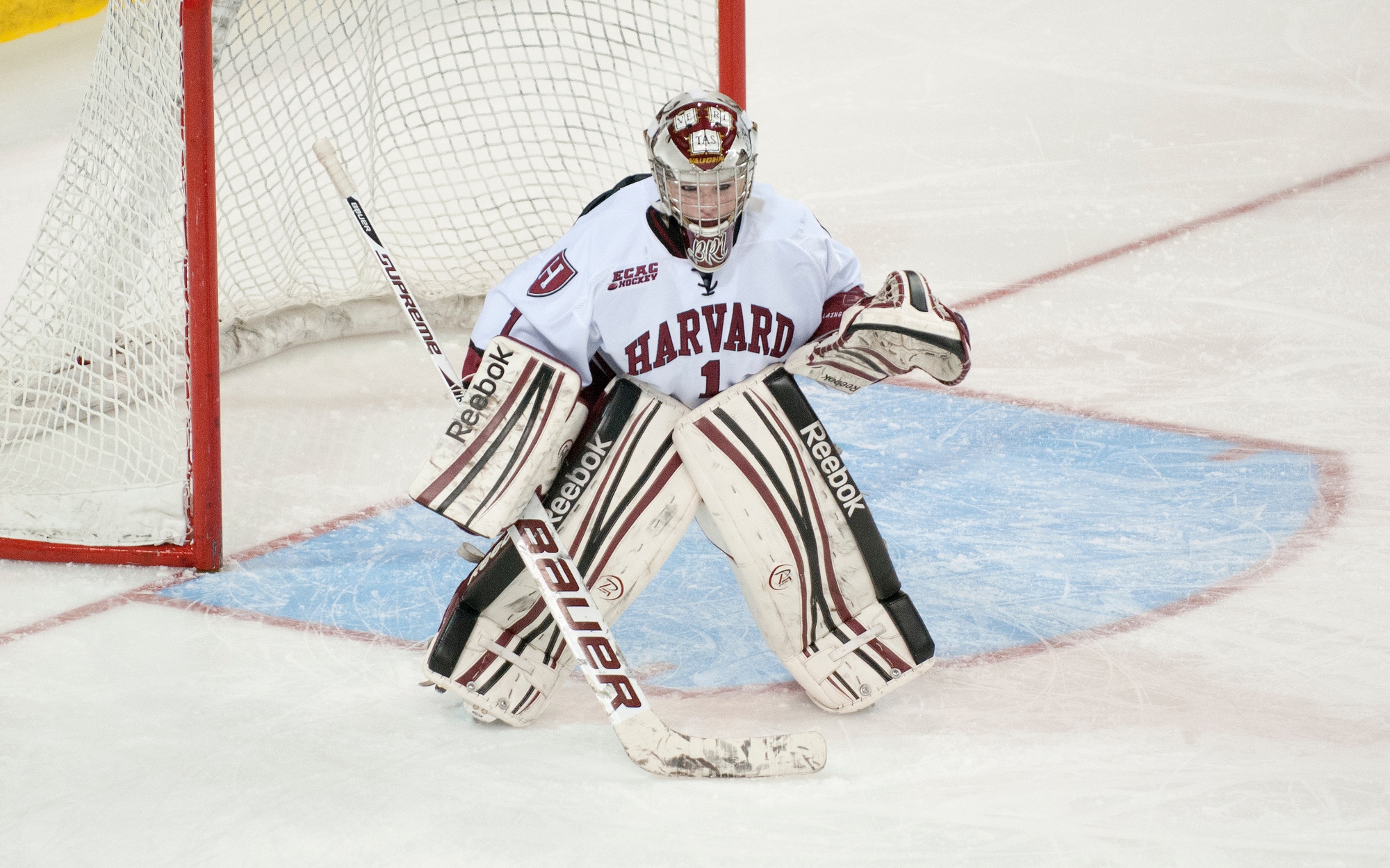 The Harvard women’s ice hockey team ended a week of crosstown rivalry matchups by going 1-1 this weekend on the road at Northeastern and Boston College. The team finished the series with a win, loss, and tie, leaving room for improvement as conference competition heats up.

The Huskies (6-7-3, 5-4 WHEA) jumped out to an early 2-0 lead Saturday against the Crimson (3-2-2, 2-1-1 ECAC) with both goals scored by sophomore forward Hayley Scamurra. Both scoring opportunities for the Huskies came on power plays, taking advantage of the Harvard penalty kill unit. Scamurra’s first goal came on a man-advantage while the Crimson was caught in a change of lines, while her second was tallied off of a five on three advantage that saw the defense scrambling to guard the blueline.

“Sometimes it’s a good thing to have your weaknesses exposed so that you can attack them,” Harvard senior Lyndsey Fry said. “One thing that was great was that we had an opportunity to come back and see how well we could respond. I think we showed a ton of resilience in the game.”

Harvard answered back quickly, scoring its first two goals in the remaining minutes of the first period. Junior forward Miye D’Oench scored her seventh goal of the season, as three Crimson players came together to force the puck past Northeastern goalkeeper Chloe Desjardins. Co-captain Samantha Reber fed a pass to classmate Hillary Crowe who then found D’Oench on the wing who shoveled it out for the score.

Freshman Lexie Laing scored Harvard’s only power play goal over five tries throughout the night, tying the game just before the teams headed to their locker rooms for the first intermission.

The puck did not cross the goal line of either net until the third frame, when Huskies freshman forward Denisa Krizova found a hole in the Crimson defense for the team’s third power play goal of the night. Northeastern was able to capitalize on three of its five power play opportunities during the game while Harvard saw only one of its three man-advantages produce a goal.

“It was definitely tough seeing that they scored those three goals off of the power play,” sophomore defenseman Abbey Frazer said. “We probably just have to be a little more disciplined because they got away with power plays that were five on three, and that can be prevented if we are more disciplined.”

Crowe and sophomore forward Sydney Daniels sealed the victory for the Crimson with a goal each late in the third period, giving Harvard its only win of the tour.

Facing off against the top-seeded Eagles (15-0-1, 9-0-0 WHEA) proved to be a difficult task for the Crimson, as BC scored eight unanswered goals in the second and third periods of the game en route to a 10-2 victory on Friday.

The two Harvard goals were tallied by Crowe and junior co-captain Michelle Picard.

The mood of the game was set early on, as the Eagles scored a goal just 25 seconds into the contest. Picard answered with her goal late in the first period, but BC quickly took the lead back early in the secon. After Crowe’s goal at 4:17 in the second frame, the Crimson offense went silent while the Eagles added eight goals to first take the lead and then run with it to seal the victory.

Junior Emerance Maschmeyer saw the majority of time in goal for Harvard, saving 26 of the Huskies’ 31 shots that she faced over her 44:06 between the posts. Sophomore Brianna Laing took over for the remainder of the game, saving just six of the 11 shots she saw from BC. Maschmeyer was credited with the loss, putting her overall record for the season at 0-2-2.