All "Bark" and No Bite 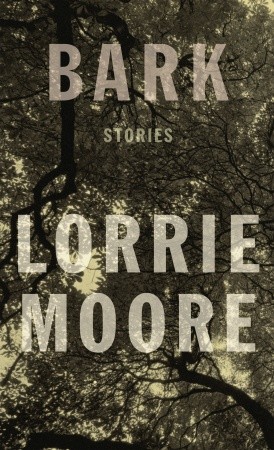 “Bark”, Lorrie Moore’s first short story collection in 15 years, sets out to explore themes of loss, decay, impermanence, and the absurdities of contemporary American life. Unfortunately, the collection is unable to accomplish these ends without descending into its own form of absurdity—an expanse of self-conscious irony, uninspired metaphors, and general narrative aimlessness.

The stories within “Bark” contain just about every form of romantic unhappiness imaginable. Moore describes characters who are recently divorced, on the brink of divorce, and still recovering after nine long years of divorce. There is the once-young couple who still can't make ends meet and the older couple who, after coveting each other for years, have their triumphant rendezvous cut short. Scattered among their stories are reflections on the seminal events of 21st century America: 9/11, the Iraq war, Abu Ghraib, Michael Jackson's death, Barack Obama's presidential campaign. Yet despite the familiarity of the characters' situations, despite their all-too-human vulnerabilities, the characters themselves remain persistently unlikeable and remote. In “Paper Losses,” Kit says of her soon-to-be-ex-husband, “He seemed to have turned into some sort of space alien,” a description that rings true for most of Moore's characters. While their petulant internal monologues may be somewhat realistic, sustained exposure stifles any nascent empathy.

To compound the problem, Moore's stories tend to be underdeveloped. As characters are introduced and the premise established, multifarious details promise an engaging tale, but ultimately all of this is left behind as the stories trail off without ever reaching real conclusions. In “The Juniper Tree,” three women offer artistic tokens to the ghost of a recently deceased friend and briefly remember a last dinner together. In “Subject to Search,” a government consultant ponders the events at Abu Ghraib as he tells his lover he must return to the U.S. to deal with the consequences. Yet these potentially captivating moments ultimately seem directionless, untethered by any sense of beginning of end.

“Wings” and “Debarking,” the two longest stories, which together account for nearly half of the collection's page count, manage somewhat to escape these issues. The characters, although still not quite multidimensional, are more thoroughly realized. The plot develops substantially, rather than descending into rumination and speculation. Yet after the initial set-up, the stories are still lamentably predictable. Do the dating divorcés find happiness together? No. Does the financially and romantically struggling couple in their late thirties manage to restart the failed musical career of their youth? No. Moore's style makes it abundantly clear that to hope for a happy ending would be futile.

Often, one gets the impression that Moore is trying too hard. Nearly every story suffers from heavy-handed imagery—death and decay forced into parallel with the characters’ diminishing prospects. In “Paper Losses,” Kit and her family take a pre-divorce Caribbean vacation. The resort staff keep newly hatched sea turtles in order to show them to the guests, but the turtles begin to die in the daytime heat and are snatched up by predators even as they are released into the waves. KC, the youngish protagonist of “Wings”, swims in a lake of dead fish with the lecherous old man she has befriended as a distraction from her failing love life.

“Bark” is also rife with self-conscious irony and absurdity. KC spends much of her time walking the dog she has named “Cat” (a choice she frequently has to explain), yet it's unclear what that particular detail adds to the story. In “Thank You for Having Me,” a motorcycle gang appears at a wedding unexpectedly and spouts incoherent, pseudo-philosophical phrases like “It's the flickering quantum zone of gun and none, got and not,” only to discover that they are looking for a different bride. The incident certainly fits into Moore's display of the absurdity of life, but the same purpose is already served with more subtlety by the groom's beaded, ear of corn-shaped tie.

“Foes” is the sole story not plagued by these pervasive flaws. Its protagonist—a mediocre biographer visiting DC to serve as the token writer at a magazine's fundraising dinner—is actually likeable and apparently normal. His marriage is happy but not absolutely perfect, and, aside from titling his work on George Washington “Man on a Quarter, Man on a Horse,” he isn't too caught up in his own pretensions. Dialogue drives the story and saves it from the muddled reflection, grating soliloquy and overdone metaphor that plague much of “Bark.” Despite its brevity, the narrative builds deftly to a startling and emotionally intense conclusion. Unlike most of the collection, “Foes” makes the tragedies of contemporary America real and immediate.

For the other stories, there is one source of redemption: Moore's sense of humor. While much of “Bark” is characterized by a forced sense of profundity, Moore also offers pithy observations and dry wit. In “Debarking,” a man gets his house repainted on the eve of the Iraq war with an amusing result: “Now in his front lawn he had two signs: WAR IS NOT THE ANSWER in blue, and on the other side, in black and yellow, JENKINS PAINTING IS THE ANSWER.”

Alone, each of Moore's stories would be intriguing—if not strictly enjoyable, then at least thought-provoking. Together, however, they become oppressive, a litany of unhappy situations, off-putting characters, and overdone metaphor that rarely seems to be going anywhere. The frustrations of contemporary middle class American life, familiar to Moore's readership, provide excellent narrative fodder. Unfortunately, the elaborate melancholy Moore constructs around these troubles casts them as some of the world's great tragedies, making “Bark” seem a rather privileged, self-centered lament.