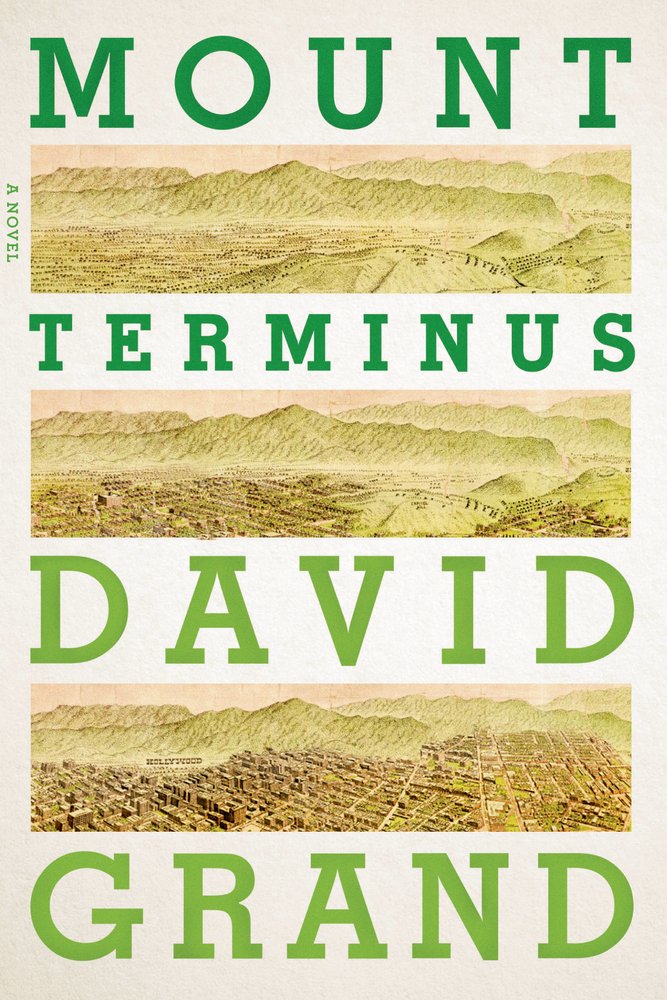 Eleven years in the making, David Grand’s “Mount Terminus” is broken up into five parts that follow the development of the main character’s life. Set in a realistic rendering of the late 19th century, the book begins with the voyage of Jacob Rosenbloom and his young son Joseph—known to all as “Bloom”—across the country to start a new of life on the mysterious Mount Terminus. Though Bloom is the novel’s main character, Jacob, his father, is by far the more interesting, compelling, and well-developed of the two. Due to his early death, however, the book slowly loses its draw, which results in a novel that starts out a masterpiece but diffuses the reader’s interest in its overly dramatic exploration of what it means to be an artist and to love.

Initially presented as troubled and brooding, the character of Jacob is intricately and masterfully painted through a series of flashbacks from his unique life. Brought over to America from an unspecified country as a baby along with a pair of twin girls, Rachel and Leah, he is placed in the care of the Hebrew Orphan Asylum. Separated from the girls by their adoption, Jacob is later taken in by Jonah Liebeskind, who teaches Jacob to dedicate himself to the highest standard of excellence. Later, after a chance reunion, Jacob and Rachel marry, but Leah, secretly jealous, poses as Rachel and joins Jacob on a trip, where they conceive a child. The baby is forcibly taken away by the recently deceased Leah’s lover, Samuel Freed, who plagues Jacob for the rest of his life.

Grand’s crafting of Jacob is exquisite—he evolves perfectly through the roles of child, student, husband, lover, and father. He broods, troubled not only by his own actions in the past and the fear of Samuel Freed but also his perceived role in Rachel’s ultimate demise, as he failed to cure her completely of the mental disorder that eventually led to her death. Yet his brooding is not completely dominating—he sticks to his habits, the impossibly high standards of excellence that he learned while young. He educates his son not only in academics—though Bloom’s intellectual exposure is rigorous, the reader discovers later—but also in how to love, how to think, and how to act to stay true to himself. On the day Jacob determines Bloom has “finally become a man,” Jacob dies. His death, timed just as he “outlived his use,” as his mentor Mr. Liebeskind also did, is a perfect and heartbreaking end to Part I.

With his death, however, the book loses its draw. Bloom is a shadow of a character—brooding, but not dark; observant, but never really forming an opinion or thinking substantially about what goes on around him. He is a passenger in his own life, driven by the other caricatures of characters around him, such as his long-lost half brother, who is open and adventurous but harbors a dark, desperate side like his adoptive father, Sam Freed. Bloom’s mentor, Gottlieb, is a self-important grouch of a filmmaker, “only happy when acting as a nuisance to others.” Even his love interests—first the mute Roya, then the quirky and beautiful Isabella—take over and lead his life, not by their strength of character, but by his lack thereof.\

Despite Bloom’s shortcomings, Grand does still manage to create a beautiful and ethereal plot arc around him. Artistically talented, Bloom continues to develop his skills after his father’s death and finds his calling as a film director. Although clearly gifted, Bloom is told that in order to really develop his art he must know what it is to be in love. “‘If the creator of this sort of picture hasn’t been undone by the visceral upheaval only a tormented heart can provide, it will be nothing more than a hollow fantasy,’” Bloom’s mentor, Gottlieb, tells him. Bloom finds this with Isabella, who shows Bloom how to truly see as an artist should. She offers him a new perspective—physically, by demonstrating the use of an invertiscope that allows the user to see “in reverse” and revolutionizes Bloom’s perception of the world, and intangibly, by causing him to fall in love with her. Bloom is finally able to reconcile his worldview with the way in which he views his art, and afterward, he prefers to look at everything through the invertiscope. This effective passage brings Grand’s mission to express what it means to be an artist full circle.

Though the latter portion of the book has a moving story and creates a beautiful image of love and artistry, Bloom’s life—and thus the plot—feels hollow after Grand’s depiction of the life and character of Jacob. His ingenuity in creating Jacob is unfortunately the demise of “Mount Terminus,” as the rest of the characters and plot pale in comparison to the complexity of Jacob Rosenbloom. “Terminus” is, ultimately, a masterpiece that almost was.