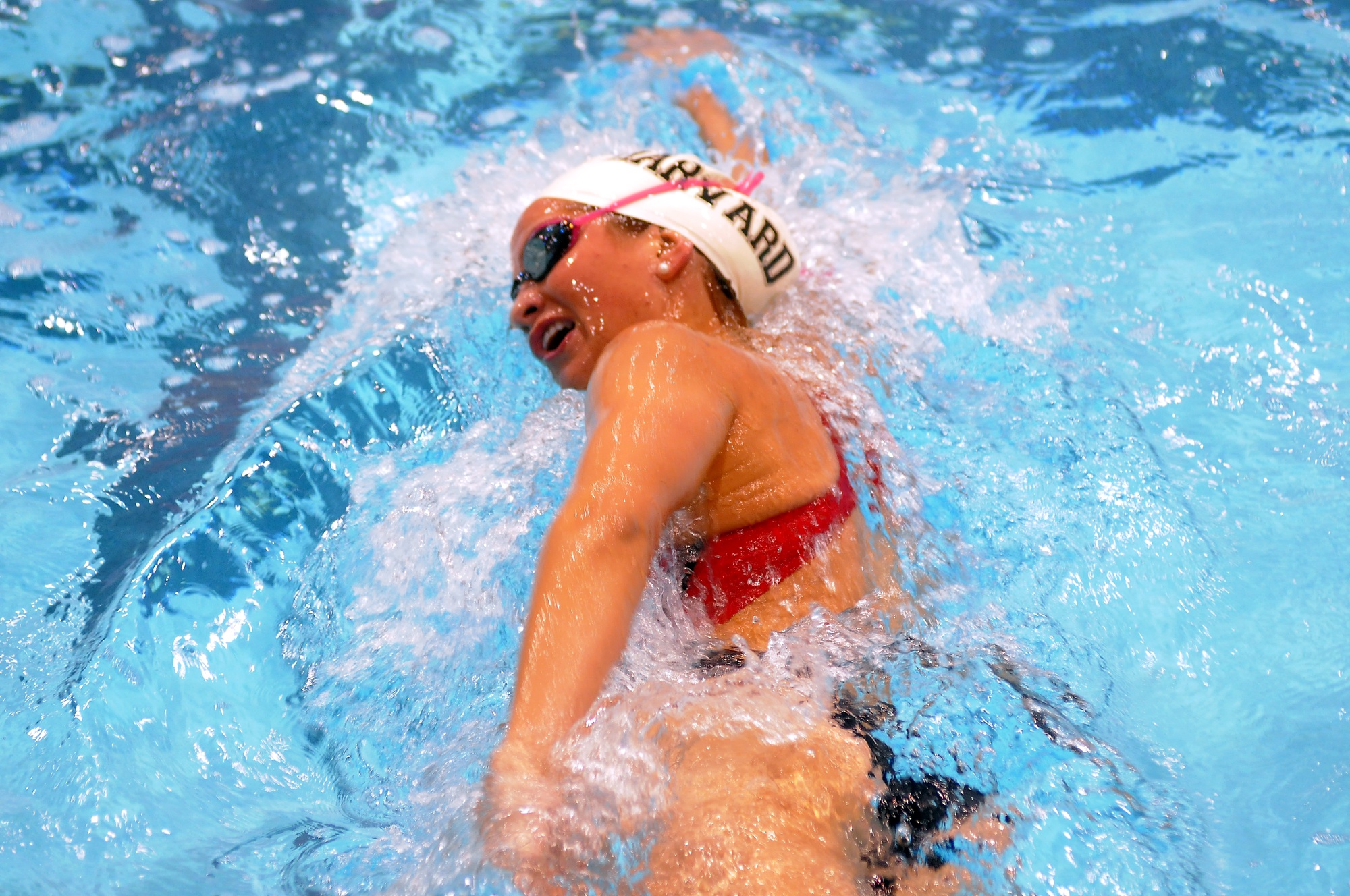 The Harvard women’s swimming and diving team entered the Ivy League Championships this past weekend in Providence, R.I. without three of its event finalists, but that didn’t stop the squad from taking home the title for the second time in three years.

With two swimmers out due to injuries and another sidelined with the flu, Crimson coach Stephanie Wriede Morawski ’92 turned to her remaining competitors and asked for more.The team responded, finishing with 1409 points and edging out Princeton by just 25 points to capture the league crown.

“It’s the classic sports story,” Morawski said. “You take out the strong people and it puts more pressure on the rest of them to just step up. It was all about fight and all about heart. They swam with fire, they swam with passion, and they did a fantastic job.”

The divers set the tone for the meet Thursday night in the 1-meter, racking up four spots in the top 10 highlighted by a second-place finish from freshman Elina Leiviska.

“Having the four of us in finals was pretty exciting, both for the swimmers and divers,” said senior Alex Stanton, who finished fourth in the event. “[The swimmers] knew that we were right there with them, doing what we could to help get the lead. We were down on the first day, but not by much, so that starting point definitely went a long way.”

Sophomore Danielle Lee propelled the Crimson to victory in the 100 backstroke with a program and Ivy League Championship record of 52.83 seconds. Lee also won the 200 backstroke, posting another pool record of 1:55.70.

Fellow sophomore Sherry Liu continued the record-setting trend by winning the 1000 freestyle with the fastest time ever in Brown’s pool. She also placed third in the 500 freestyle and, along with senior Sara Li, freshman Daniela Johnson, and sophomore Margaret Ramsey, came in first with a time of 7:17.40 in the 800 free relay.

Both the 200 freestyle relay and 400 medley relay squads secured second place in their respective races, with the freestyle group beating its 2011 school record time by 1.4 seconds.

“Really, those relay moments are why I swim,” said co-captain Deirdre Clute, who swam the second leg of the 200 free. “When you’re in relay you’re not swimming for yourself. The only thing you focus on is winning, and when you have that type of motivation anything is possible.”

“Deirdre and I spent a lot of time trying to build cohesion among the group,” co-captain Dani Schulkin said. “We have someone cheering every single race on which is unusual for a championship meet, and I think it’s really apparent on deck. It’s just been an amazing meet, with people pouring out. You can always dig down deep and race hard. We’ve seen so many people do that this weekend, and just fly by and have some of the most amazing swims of their lives.”

Schulkin and Clute each also highlighted some of the less noticeable performances that were critical to the Crimson’s title.

“We had people [step up] like Kelsey Hojan-Clark and Faith Martin who are definitely some of our top swimmers, but [they] were not people we were expecting to win at this meet,” Clute said. “This is a perfect example of someone finding what role they play on the team and just harnessing it.”

The divers provided a boost of their own throughout, as Leiviska and freshman Brittany Wang finished fourth and third, respectively, in the 3-meter dive on Saturday.

“When you come to college, swimming and diving really becomes a team sport instead of an individual sport,” Stanton said. “I think that our team did a phenomenal job of supporting each other and holding each other accountable. I’m happy with my placement, but one of the things I’m happiest about is how we have a close knit group who is so supportive of each other. I feel like when you’re swimming for a team, you do your best because you know you’re doing it for something greater than yourself.”

Harvard’s margin of victory—just 25 points—marked the tightest Ivy title meet since Princeton won the crown in 2004.

With the Crimson and the Tigers occupying the top two spots, Yale secured a third-place finish with 1164 points.

The Ancient Eight Championship was Harvard’s 11th overall and the fourth under the direction of Morawski.

—Staff writer Orlea L. Miller can be reached at omiller@college.harvard.edu.