Law School Hosts Debate on the Merits of Affirmative Action 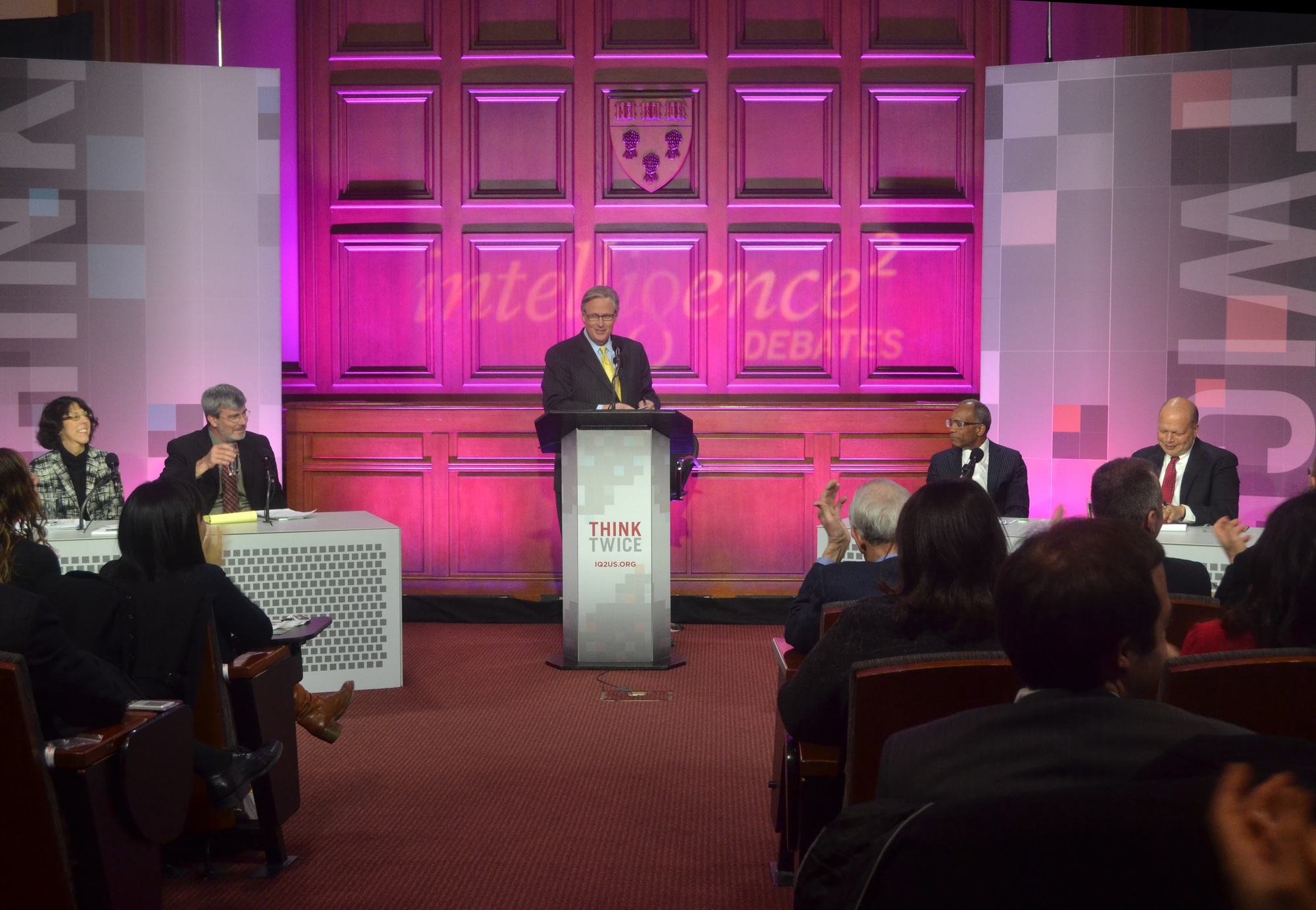 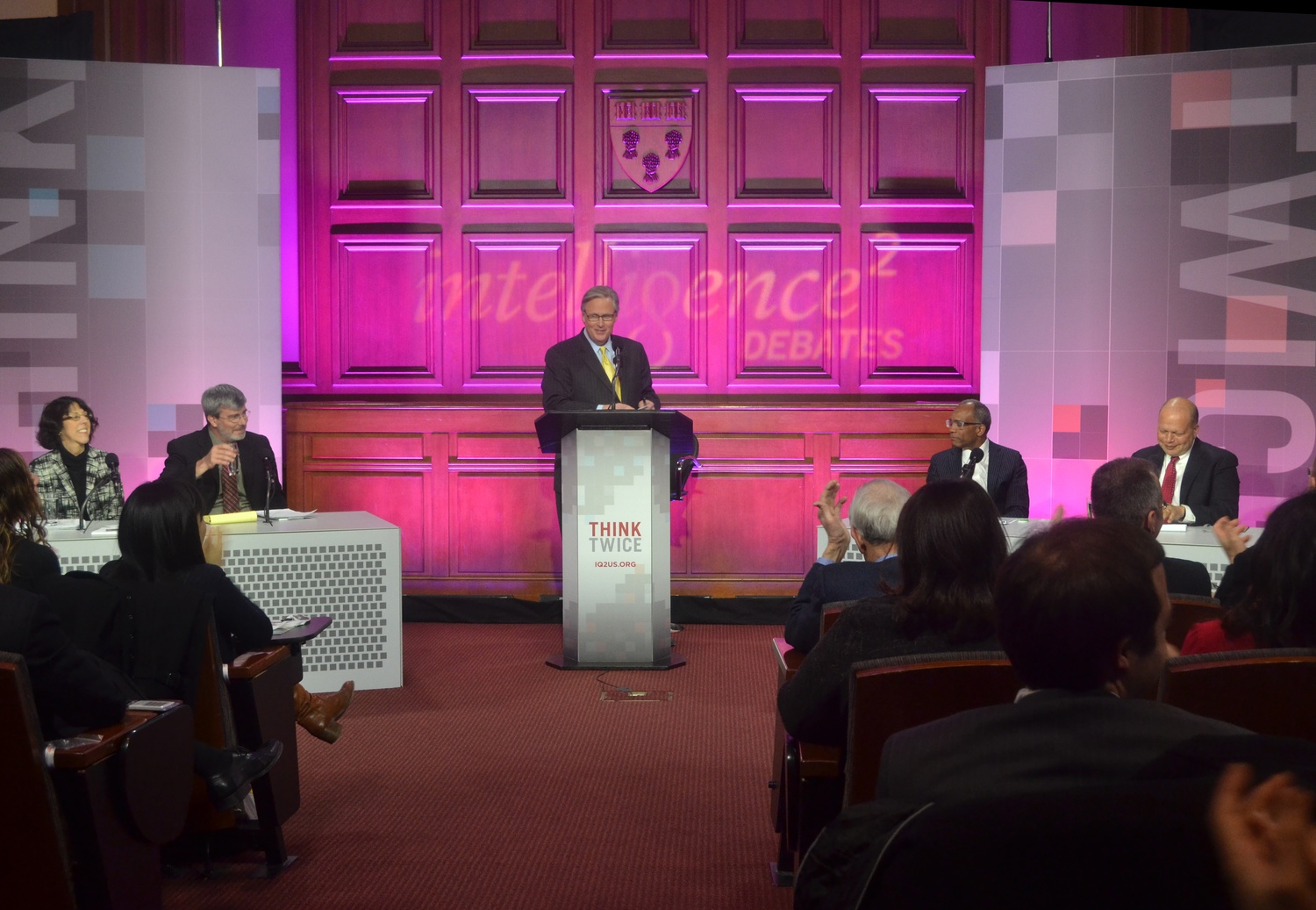 John Donovan, a correspondent to ABC News, asks panelists in a Harvard Law School debate whether affirmative action on campus does more harm than good. The event took place at Austin Hall on Thursday, Feb. 27. By Nathalie R. Miraval

On the opposing side, Columbia Law School professor Theodore M. Shaw and Kennedy argued in favor of affirmative action as a means of advancing university goals while benefitting the educational experiences of all students.

“The very large preferences that are now routinely employed by colleges and universities produce fewer, not more, black scientists, black engineers, and black medical doctors,” said Heriot, who is also a member of the U.S. Commission on Civil Rights. “We are talking epic policy failure.”

Citing Sander’s research as evidence, Heriot’s team argued that less-equipped minority students admitted to select universities were drastically more likely to drop out of STEM fields. According to Sander, admitting less qualified students to selective universities under the pretense that they have an equal chance to succeed ignores empirical studies suggesting that this assumption is false.

Shaw countered that minority students should have the ability to choose whether to accept a place at a selective university. He said that students cannot begin to succeed without first receiving the opportunity to attend college.

“The benefits...are not merely theoretical, but real,” he said.

Audience members had mixed reactions to the way the debate was handled.

“I thought the debate was really interesting and civil...people had a lot at stake with what they were arguing,” first year Law student Samuel F. Callahan said.

Others, who found the voting aspect of the debate troublesome, said they supported the overall cause.

“The voting aspect through the debate may have been an interesting way of gaining public relations interest,” Special Program instructor James L. Frankel said. “But [the voting aspect was] ill-founded...it’s an unscientific way of measuring how successful the debate was.”

The event, co-sponsored by the Harvard Federalist Society and the American Constitution Society, was produced by Intelligence Squared, an organization dedicated to promoting public discourse.

“We were thrilled to have been invited to the Harvard Law School…and to present here,” said S. Dana Wolfe, executive producer of Intelligence Squared U.S. Debates.

The event was broadcast live on the Law School website and will air on National Public Radio.

—Contributing writer Rachel H. Star can be reached at rachelstar@college.harvard.edu.