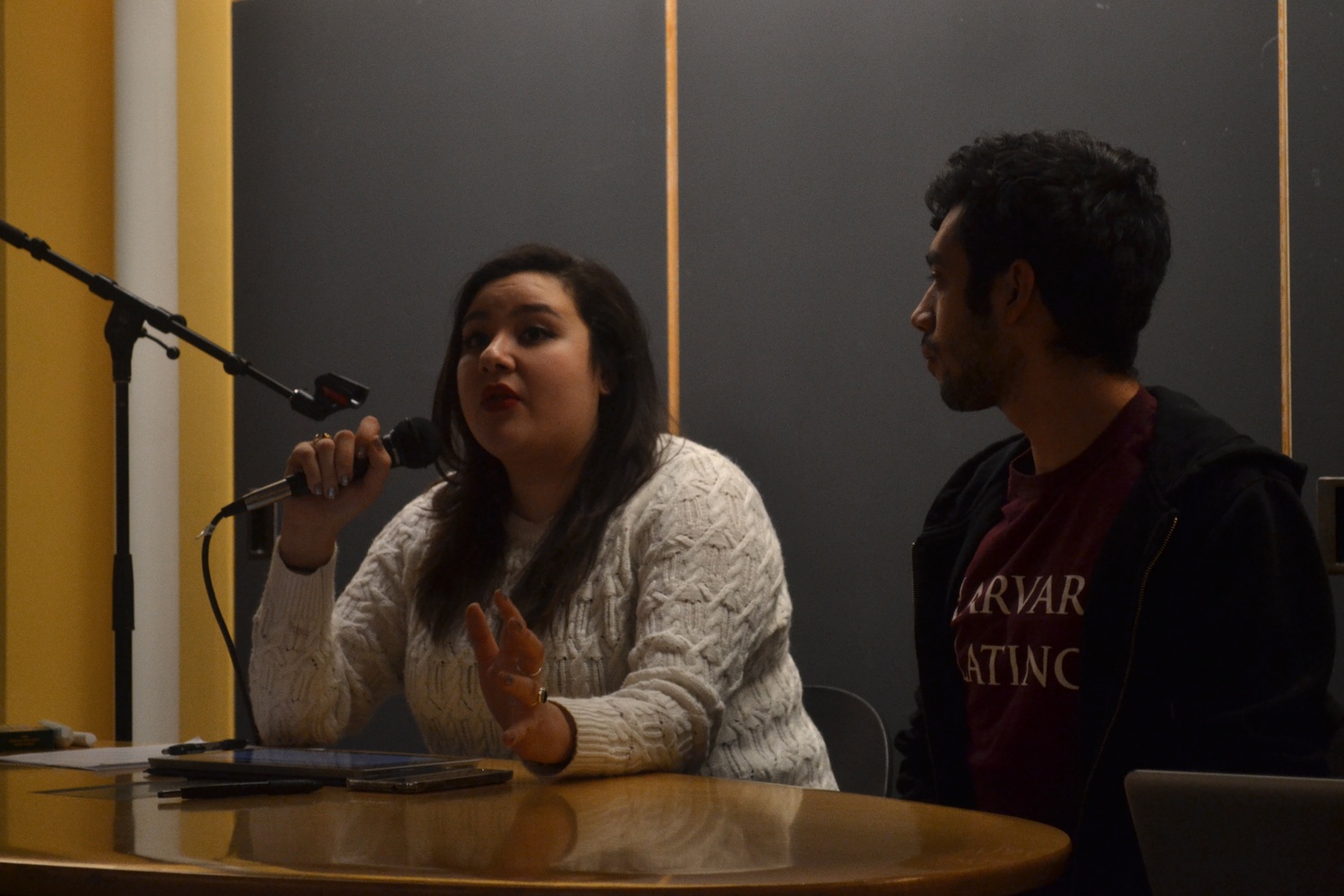 More than 35 undergraduate and graduate students gathered Thursday evening at a town hall meeting to express frustration with what they perceive to be the lack of institutional support for the Latino community and disappointment in the community’s division on campus.

At the forum, sponsored by Concilio Latino, students voiced a wide range of specific concerns regarding their individual experiences as Latino students at Harvard and brainstormed potential solutions to be implemented this semester.

“I’m tired of being calm. I’m tired of not being heard,” said Christian Ramirez ’15, echoing a common sentiment shared by students who spoke at the event, dubbed LatinX and held in Ticknor Lounge.

Herbert B. Castillo ’14, one of the coordinators of the event, began the discussion by citing what he characterized as a history of weak support for Latinos in the College, ranging from the administration’s decision to turn down a program for Latino Studies in 2002 to the lack of a Latino cultural center on campus.

“I think it’s the right moment for us to be doing this,” Castillo said of the decision to create the event and bring together the Latino community in an interview after the event.

Other students expressed dissatisfaction with the amount and quality of resources available to minority students at Harvard.

Kristina D. Lorch ’17, a Crimson news editor, spoke of her disappointment upon discovering that the support systems at Harvard were missing the resources, like a cultural center, present at other universities like Yale and Stanford.

“It’s holding our community back,” she said.

“We all kind of agree that it’s let us down,” Castillo said.

Other students said that they had trouble identifying with advisers assigned by the College.

“Although we have the PAF program, proctors, Race Relations tutors, I personally don’t really know who to go to,” Jasmine A. Fernandez ’16 said.

Nelida Garcia ’14 recounted her experiences with the Race Relations tutors in her House after an event last year which featured offensive stereotypes about Latinos.

Although the tutors were empathetic, she said, she was upset to discover “their role was, if you feel hurt, all you have to do is vent and that’s it. The administration doesn’t give them the power to do anything more than hear you out.”

When discussing possible solutions for better organizing the Latino community to address these perceived issues, students proposed conducting a campus-wide survey to better gauge all student's experiences with discrimination and integration on campus.

“The school needs to know how prevalent this feeling of not really being integrated here is,” Veronica Gloria ’15 said.

Students also decided to create a task force to further explore options to strengthen the Latino community, which plans to meet in the coming week.

“We need to make this happen quickly,” said Dianisbeth M. Acquie ’16, who works for the Harvard Undergraduate Minority Recruitment Program. “I don’t just say this because I’m tired. I say this because at the end of this month, so many Latinos will receive acceptance letters. I feel like a liar sometimes if I tell these kids that this situation is a great experience for everyone.”

—Staff writer Yasmin Moreno can be reached at ymoreno@college.harvard.edu.

An earlier version of this article stated that students at the LatinX town hall meeting suggested creating a survey to better understand the experience of Latino students at Harvard. To clarify, the survey is meant to gauge the experience of all students pertaining to issues of discrimination and integration.